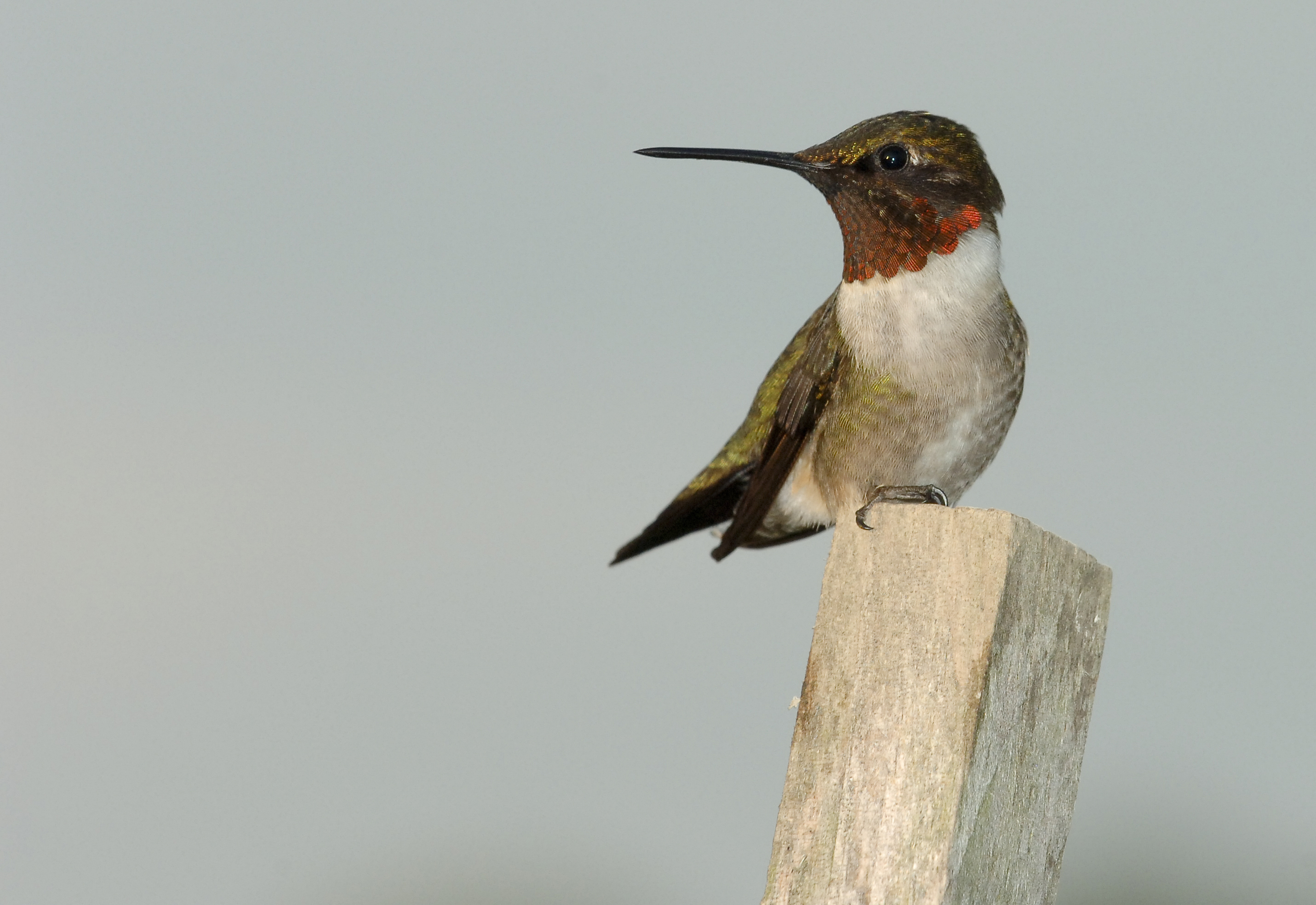 In a new study published in The Auk, scientists report that well-fueled older tiny Ruby-throated Hummingbirds (Archilochus colubris) might be capable of non-stop flights of over 4,000 kilometers, wind conditions permitting. They made this remarkable observation while studying birds from 2010-2014 as the animals made stopovers at a wildlife refuge during their annual migration to South America.

In general, older birds not only showed up at the wildlife refuge in Alabama earlier than younger birds, they also tended to stop for shorter durations than younger birds. On average, the older birds clearly had an advantage...more fat stores. By their estimations, using flight simulation software, the older birds with larger fat stores were potentially capable of flying on average 2,260 kilometers without needing to stop for fuel (16km minimum and 4,960km maximum).

tags: Ruby-Throated Hummingbird, Archilochus colubris, birds, Image of the Day Thanks to Greg Scott, who has offered to share his gorgeous images with me and all of you here, I am running a series of his hummingbird images starting on 5 December and going daily through the 12th of December. I will…

What do a hummingbird and chicken have in common?

Brandy Velten (doctoral student) and Dr. Kenneth Welch (Comparative Physiologist) from the University of Toronto wanted to know whether birds with very different speeds at which they flaps their wings (i.e. wingbeat frequencies) had correspondingly varying types of myosin proteins in their muscles…
Advertisment