Opportunity Costs And Why Fireworks Complaints Are Up This Year

The number of fireworks being lit off at night is out of control this year.

While people often light off fireworks close to the Fourth of July, this year fireworks have been lit in large numbers starting weeks earlier. New York City had a 4,000% increase in fireworks complaints in the first two weeks of June compared with last year. This prompted Mayor Bill de Blasio to vow a crackdown on illegal fireworks.

Complaints about fireworks are not confined to just New York City, but in cities across the country like San Francisco, Denver, Harrisburg, Albuquerque, Providence and many other places. This has led to a rise in conspiracy theories, including one that the nightly noise is an elaborate government plot to create confusion in neighborhoods.

I am an economist who has spoken and written about fireworks for years. After hearing a constant barrage nightly for weeks, I began wondering why so many people are lighting off fireworks this year.

The vast majority of the fireworks individuals shoot off in the U.S. are manufactured overseas, mainly in China. Each shipment of fireworks brought into the U.S. includes a detailed invoice that shows the quantity and price the importer paid.

Increased supply is also not the reason. In a typical year there are two holidays with widespread firework usage; New Year’s Eve and the Fourth of July.

Deliveries in 2020 are an exception to this pattern. Because of the coronavirus, the U.S. imported very few fireworks in March. During the first four months of 2020 the U.S. imported 9 million kilograms of fireworks from China. While this seems like a large number, it is one-third less than a year earlier. 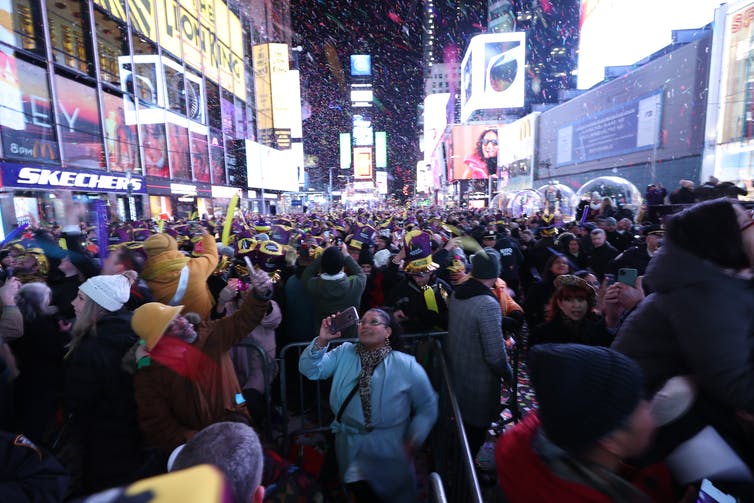 Nor is it legal reform

Another potential reason could be changes in laws.

However, if neighboring jurisdictions have loosened their rules, then people can easily drive outside the city to purchase fireworks.

There has been a steady reduction in state prohibitions against individuals using fireworks. Today only one state, Massachusetts, completely prohibits individuals from owning and using any type of fireworks. All the rest allow them in some form.

However, the most recent two states to allow consumers to shoot off fireworks are New Jersey in 2017 and Delaware in 2018. Since most states relaxed prohibitions against fireworks more than two years ago, recent rule changes also cannot be behind the increase.

The most likely culprit

To find the real reason, it helps to consider that millions of Americans have been locked down in their homes and apartments for months. As an employee at a fireworks store in Stroudsburg, Pennsylvania, put it, “People are bored. They just want to blow stuff up.”

While this argument is understandable, I think the most likely reason is even simpler. And it has a lot to do with opportunity costs, something economists spend a lot of time thinking about.

Opportunity costs put a dollar value on what else a person could do with their time. For example, before the pandemic, I had many choices at night. I could work, go out with friends, watch television or see a movie in the theater.

By shutting down restaurants, theaters, bars and other venues, COVID-19 has dramatically reduced my choices.

The pandemic has also thrown millions out of work. Many people who would normally be working at night are not. This means the opportunity cost for using fireworks is exceptionally low compared with before, since there are so few opportunities to socialize, be entertained or work.

Beyond lower opportunity costs for fireworks users, there are many unemployed people who are now looking for opportunities to earn money. Buying fireworks in a rural area like northern Pennsylvania and selling them at higher prices in a city that bans their sale, such as New York City, can be easy and profitable.

So few arrests are made for fireworks that the FBI, which tracks problems like moonshining and polygamy on its detailed list of offenses, does not give it a category.

Fireworks are dangerous. While few people die each year from using them, the latest figures for 2019 show that fireworks hurt about 10,000 people per year in the U.S.

However, massive unemployment caused by COVID-19 is also dangerous.

There is an old quote that idle hands lead to mischief. In this case, idle people lead to large amounts of illegal firework usage.

My belief is that once the millions of unemployed people in the U.S. go back to work, the number of illegal fireworks shot off will rapidly decrease and will once again be limited to the times around New Year’s Eve and the Fourth of July.

By Jay L. Zagorsky, Senior Lecturer, Questrom School of Business, Boston University. This article is republished from The Conversation under a Creative Commons license. Read the original article.