In the Yangtze Delta, about 160 kilometres southwest of Shanghai, the archeological ruins of Liangzhu City are located. There, a highly advanced culture blossomed about 5,300 years ago, thanks to the engineering of large hydraulic structures.

The walled city had a complex system of navigable canals, dams and water reservoirs. This system made it possible to cultivate very large agricultural areas throughout the year. In the history of human civilization, it is one of the first examples of highly developed communities based on a water infrastructure.

And they did it all without metal.

Long undiscovered, the archaeological site is now considered a well-preserved record of Chinese civilisation dating back more than 5000 years and was declared a UNESCO World Heritage Site in 2019. However, the advanced civilization of this city came to an abrupt end.

"A thin layer of clay was found on the preserved ruins, which points to a possible connection between the demise of the advanced civilization and floods of the Yangtze River or floods from the East China Sea. No evidence could be found for human causes such as warlike conflicts," explains Christoph Spötl of the University of Innsbruck. 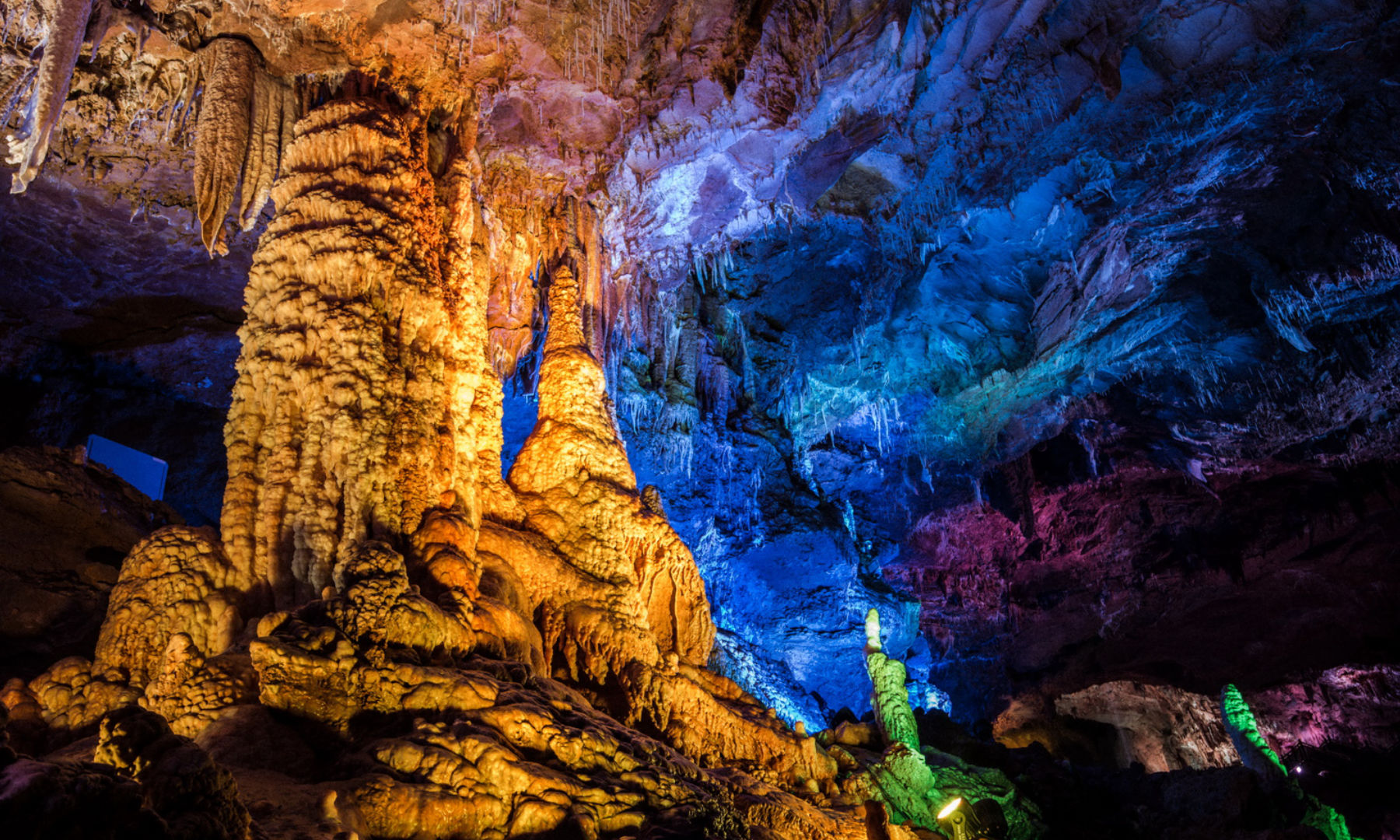 The dripstones of Shennong Cave (pictured) and Jiulong Cave provide an accurate glimpse into the time of the Liangzhu culture's collapse about 4300 years ago. Credit: Haiwei Zhang

Caves and their deposits, such as dripstones, are among the most important climate archives that exist. They allow the reconstruction of climatic conditions above the caves up to several 100,000 years into the past. Since it is still not clear what caused the sudden collapse of the Liangzhu culture, the research team searched for suitable archives in order to investigate a possible climatic cause of this collapse.

Geologist Haiwei Zhang from Xi'an Jiaotong University in Xi'an took samples of stalagmites from the two caves Shennong and Jiulong, which are located southwest of the excavation site.

Data from the stalagmites show that between 4345 and 4324 years ago there was a period of extremely high precipitation. Evidence for this was provided by the isotope records of carbon, which were measured at the University of Innsbruck. The precise dating was done by uranium-thorium analyses at Xi'an Jiaotong University, whose measurement accuracy is ± 30 years.

The massive monsoon rains probably led to such severe flooding of the Yangtze and its branches that even the sophisticated dams and canals could no longer withstand these masses of water, destroying Liangzhu City and forcing people to flee. The very humid climatic conditions continued intermittently for another 300 years, as the geologists show from the cave data.