"I'm happy to report that everybody whose face I've wanted to punch on Earth has already been punched." -Greg Kinnear

Well, it's finally happened. After the javascript music player I'd been using to share music with you was discontinued, I finally found a new one here. There's no better way to test it out than with Soïg Sibéril's masterful guitar work, as showcased here in his song,

The Jug of Punch/Master Crowley.
So enjoy that beautifulness, while I walk you way down memory lane. I grew up during the golden age of nintendo, when Mario, Zelda and Metroid were some of the best ways to spend an afternoon. But one game that had a special place in a little boy's heart was none other than Mike Tyson's Punch-Out!!! 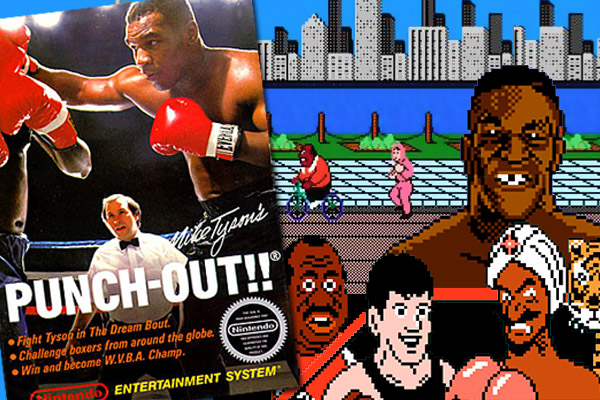 Based on two arcade game predecessors, this game put you in the shoes of unnoticed and unskilled boxing novice, Little Mac. You'd work your way up by fighting various european and asian stereotypes; they begin as relatively easy opponents, but progress through tougher, larger, more powerful characters. Each character had strengths, special attacks and secret weaknesses, and it took a combination of know-how and execution to defeat each one.

Image credit: Chris Kohler of Game|Life at Wired, via http://www.wired.com/gamelife/.

When you reach various milestones in the game, you become champion of the circuit you were fighting on, and get rewarded with a cutscene, such as (now-famous) Rocky-esque training montages of your character preparing for the upcoming battles. 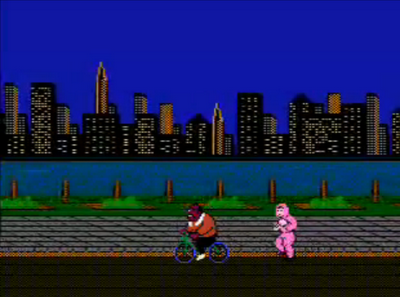 If you can become champion of the world circuit before losing three times, you make it all the way to the final showdown with then-undefeated-world-champion Iron Mike Tyson. It took many months for me to get to Tyson, and many times getting knocked out before I finally managed to defeat him! 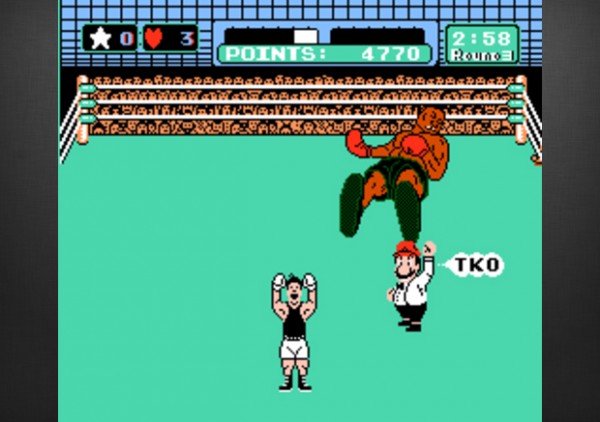 This game was one of my favorites, as I'm sure it was for many of you who are anywhere around my age. There have been a number of homage/tributes to it, including these amazing hand-crafted action figures of all the characters, below. 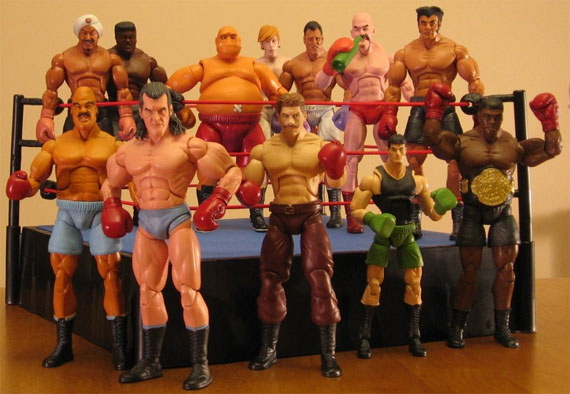 But the coolest tribute I've ever seen was a video imagining Little Mac's comeback against Mr. Sandman, who's the third-to-last character in the NES version and the final character from the original arcade version. I can't believe I've been remiss in sharing this with you for so long, so without further ado, here's Team Awesome's entry from the 2007 Nintendo Short Cuts competition: the Punch-Out!! trailer!

Goosebumps, I tell you, every time. (But I'm a sucker for a good training montage.) It's been six years since I first saw this, and I'd still be excited to see the actual short film of this, were it ever made; it's a stroke of pure genius as far as I'm concerned. In the meantime, the only follow-up I've been able to find is whatever happened to Von Kaiser: I think this is your answer. Hope you enjoyed this bit of silliness as much as I did, and have a great weekend!
Tags
Random Stuff
competition
little mac
mike tyson
nintendo
punch out
short cuts
team awesome
von kaiser

"A wind has blown the rain away and blown the sky away and all the leaves away, and the trees stand. I think, I too, have known autumn too long." -e. e. cummings While the rest of the United States gets swept over by a heat wave, the weekend here in Portland, OR gives us an all-too-familiar sight…

"I don't understand how super mario can smash blocks with his head but dies when he touches a turtle." -Unknown The past few weekends have been far too serious around the internet, and it's time to kick back and enjoy something nice and simple. I'd like to introduce you to the little-known indie…

"I'm not ashamed to dress 'like a woman' because I don't think it's shameful to be a woman." - Iggy Pop Well folks, it's that time of year once again: to share my favorite holiday with you and change my digital avatar for the next 365 days! Traditionally, I've dressed as superhero-figures from my…
Advertisment