“I call myself the Amusement Park. That’s because I’m funny and scary at the same time.” -Terry Crews

There's something to be said for the power of unique talents, or for combining a set of rare skills in a unique way. This weekend, have a listen to Murder By Death's interesting song,

You Are the Last Dragon (You Possess the Power of the Glow),

while I share with you a little bit of the story -- and my favorite awesome roles -- of former NFL'er and actor/entertainer extraordinaire Terry Crews! 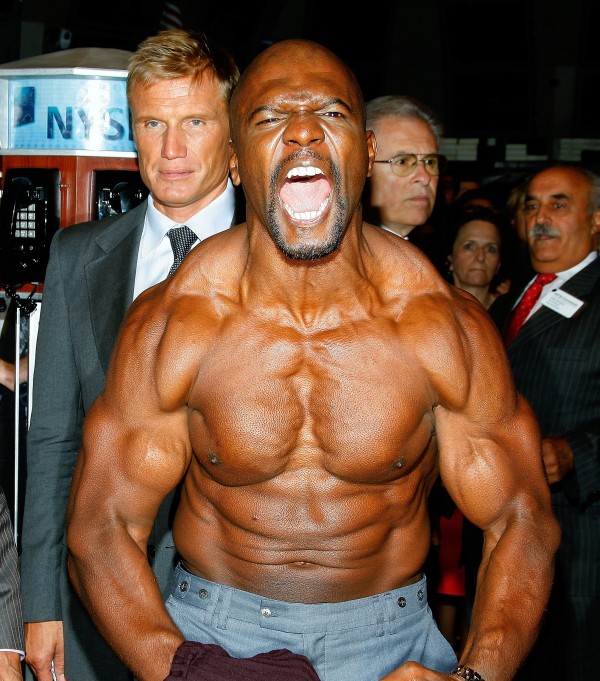 Image credit: Andy Kropa, on the set of one of the Expendables movies, via http://movieswallpapers.net/terry-crews.html.

Known for his massively muscular physique, his incredible intensity and his teddy-bear-like soft side, Terry's recently become a star on the ensemble hit TV show, Brooklyn Nine-Nine, and now has a Golden Globe award to his name!

What else has he done? Go see some of his amazing -- and amazingly entertaining -- work here, and have a great (what's left of your) weekend!
Tags
Random Stuff