Weekend Diversion: But will it Bea Art(hur)? (Synopsis)

“I’m not playing a role. I’m being myself, whatever the hell that is.” -Bea Arthur

It isn't often that someone becomes both a legend and an inspiration simply by being themselves, and it's even rarer in the world of entertainment if that person doesn't just happen to be stunningly beautiful-or-handsome as well. But a certain Golden Girl did exactly that during her life. Have a listen to Art in Manila's interesting indie song,

while I share with you Mike Denison's art project, "Bea A Day." 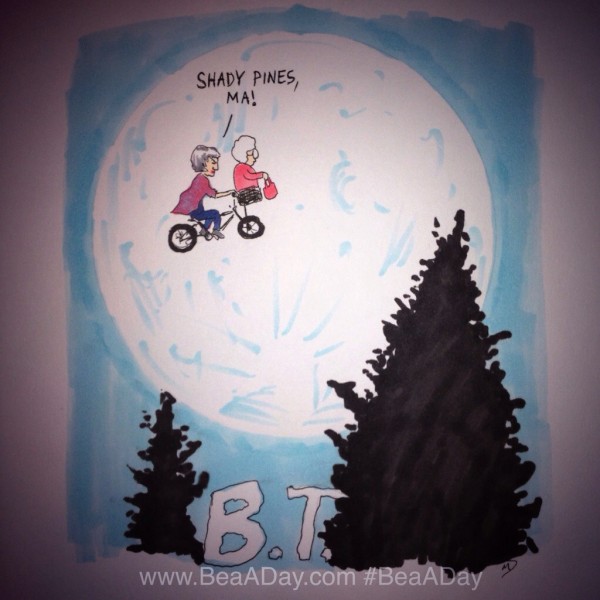 Each day, beginning on September 7th of last year, Mike has created a new, creative image (either a sketch, painting or other art project) casting Bea Arthur (and sometimes along with her on-screen foils) as memorable, creative characters. 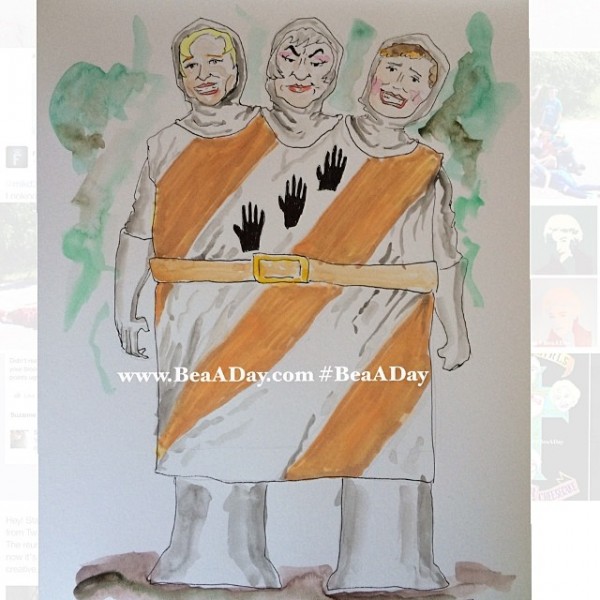 Have a look at this amazing work, and have a great weekend, wherever you are!

“I call myself the Amusement Park. That’s because I’m funny and scary at the same time.” -Terry Crews There's something to be said for the power of unique talents, or for combining a set of rare skills in a unique way. This weekend, have a listen to Murder By Death's interesting song, You Are the…

“I’d rather create a miniature painting than a Taj Mahal of a book.” -Mohsin Hamid Life is big and intimidating in a lot of ways, but sometimes it's the small things that make us feel the most vulnerable, powerful, fragile or alive. Have a listen to KT Tunstall as she sings her song, Miniature…

"I'm happy to report that everybody whose face I've wanted to punch on Earth has already been punched." -Greg Kinnear Well, it's finally happened. After the javascript music player I'd been using to share music with you was discontinued, I finally found a new one here. There's no better way to test…

Weekend Diversion: Something Amazing from Something Simple

"The artist is a receptacle for emotions that come from all over the place: from the sky, from the earth, from a scrap of paper, from a passing shape, from a spider's web." -Pablo Picasso People find artistic inspiration from a plethora of different sources, ranging from the very complex to the…
Advertisment