Pix of the day

stoat | January 6, 2011
Jules James has a lovely pic, which I've shamelessly ripped off here. But go over there too. The paper seems to be at pubpages.unh.edu/~lch/Hamilton climate interaction.pdf; fig 1 is perhaps even more entertaining: not a single Republican thinks they don't understand GW at all. While I'm doing pix, this one from Spam Volume Drop on Christmas Day is also entertaining. BP's share price is quite cheering too, but I won't trouble you with that. Refs * Everyone's spam is unique from Light Blue Touchpaper.

stoat | September 26, 2010
I liked it, anyway, enough to clean it up. Perhaps better in context: Echo Park Time Travel Mart (via TS's feed). And the Victorian iPods are good, too. Via CIP, who feels for the suffering rich, a good piece from Krugman (which is itself really from Brad DeLong) Rat Race America. On why those who are really quite comfortably off no longer feel as comfortable as they would have 30 years ago. Godel in Engine Summer?. You decide. But if you haven't read it, you should. And The Deep. And Beasts. But don't read Little, Big. Or at least, not all of it. If we had to sum up the political view of… 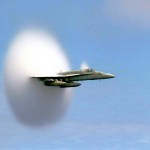 stoat | July 9, 2010
Isn't it lovely (it isn't new. The pic is from 1999 and I've seen it before. But seeing it on someone's wiki page reminded me). Far better than a Green Hornet. Or maybe you'd rather listen to the wabbit. [Update: see various comments. The situation is more complex than I though, and possibly not fully understood. See-also cute pix here -W]

I love this so much

stoat | January 24, 2010
Sometimes I have to admit I'm completely outclassed, and people who can find this kind of stuff win hands down.

stoat | January 19, 2010
Off in Wootsup land someone called Gudfry is having trouble with the portrayal of Monckton on wikipedia, saying: I see Connelly and his "tag-team" are at it again. This time it's about the many disputed entries about Lord Monckton, the prominent anti-AGW campaigner. Many contributors have argued that they have chosen a picture of him which is unflattering, and at worst, deliberately derogatory - which is agaist wiki rules. After a temporary removal, there has been an edit war which Connelly's tag-team have won, insisting that it stays. See "Discussion" page onhttp://en.wikipedia.org/wiki/…