The ‘Nifty Fifty (times 4)’, a program of Science Spark, presented by InfoComm International, are a group of 200 noted science and engineering professionals who will fan out across the Washington, D.C. area in the 2014-2015 school year to speak about their work and careers at various middle and high schools. 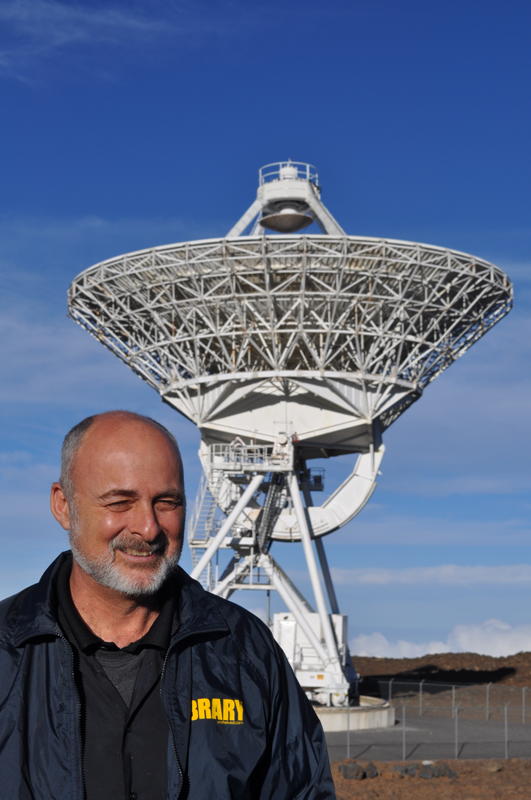 Welcome to the world of David Brin -- a realm of science, adventure and imagination. David is a scientist, speaker, technical consultant and world-known author. His novels have been New York Times Bestsellers, winning multiple Hugo, Nebula and other awards. Many have been translated into more than twenty languages.

His books, commentaries and other works about timely topics -- ranging from space aliens, media and civilization to pop culture, science fiction, technology and Google Glasses-- are well-known.

The exchange of diverse ideas and opinions -- especially the controversial, thought-provoking ones -- he believes, helps drive society and defines who we are as humans.

"It's good we have a rambunctious society, filled with opinionated individualists," David comments. "Serenity is nice, but serenity alone never brought progress." He adds: "Hermits solved no problems. The adversarial process helps us to improve as individuals and as a culture. Criticism is the only known antidote to error -- elites shunned it and their evasion spread ruin across history. We do each other a favor (though not always appreciated) by helping find each others' delusions and mistakes."

His 1989 ecological thriller, Earth, foreshadowed global warming, cyberwarfare and near-future trends such as the World Wide Web. A 1998 movie, directed by Kevin Costner, was based on his novel, The Postman.

David -- who holds a Bachelor of Science degree in Astrophysics from Caltech, and a Masters in Electrical Engineering and a Ph.D. in Physics from the University of California, San Diego (UCSD) -- serves on advisory committees dealing with subjects as diverse as national defense and homeland security, astronomy and space exploration, SETI and nanotechnology, future/prediction and philanthropy.

Dr. Brins works reflect his concern over the challenges that our rapidly changing technological world poses. For example, his non-fiction book -- The Transparent Society: Will Technology Force Us to Choose Between Freedom and Privacy? -- deals with secrecy in the modern world. It won the Freedom of Speech Prize from the American Library Association.

His resume also includes serving earlier in his career as a research engineer with Hughes Aircraft Research Labs and as managing editor of the Journal of the Laboratory of Comparative Human Cognition.

As a public "scientist/futurist" David appears frequently on TV, including, most recently, on many episodes of "The Universe" and on the History Channel's best-watched show (ever) "Life After People." He also was a regular cast member on "The ArciTECHS."

David's style of traversing the boundaries between science and science fiction have made his books perennial favorites worldwide. For instance, his novel Kiln People has been called a book of ideas disguised as a fast-moving and fun noir detective story, set in a future when new technology enables people to physically be in more than two places at once.

His hardcover graphic novel The Life Eaters, another favorite, explored alternate outcomes to WWII, winning nominations and high praise in the nation that most loves and respects the graphic novel.

And David's science fictional Uplift Universe explores a future when humans genetically engineer higher animals like dolphins to become equal members of our civilization.
As a speaker and on television, David Brin shares unique insights -- serious and humorous -- about ways that changing technology may affect our future lives.