MCR-1 has been identified in the United States--what is it, and what does it mean? 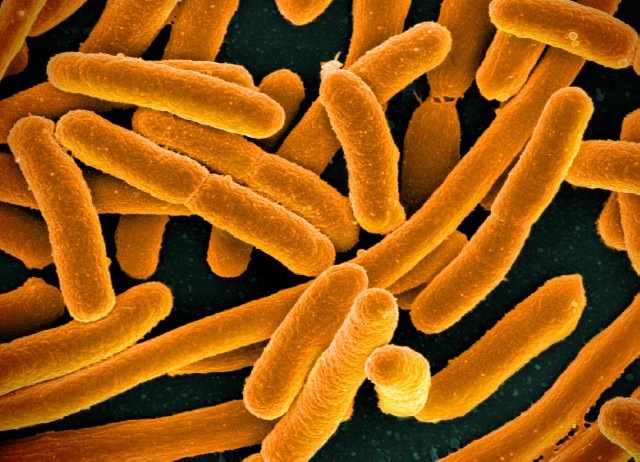 We've been expecting it, and now it's here.

Yesterday, two article were released showing that MCR-1, the plasmid-associated gene that provides resistance to the antibiotic colistin, has been found in the United States. And not just in one place, but in two distinct cases: a woman with a urinary tract infection (UTI) in Pennsylvania, reported in the journal Antimicrobial Agents and Chemotherapy, and a positive sample taken from a pig's intestine as part of the National Antimicrobial Resistance Monitoring System (NARMS), which tracks resistant bacteria related to retail meat products. Not surprising, not unexpected, but still, not good.

Colistin is an old antibiotic. Dating back to the 1950s, it's been used sparingly over the decades because it can cause serious damage to the kidneys and nervous system. It's also typically administered intravenously in humans, so you can't just pop a colistin pill and be sent home from the doctor. Newer preparations appear to be safer, and because of the problem with antibiotic resistance in general and limited treatment options for multidrug-resistant Gram-negative infections in particular, colistin has seen a new life in the last decade or so as a last line of defense against some of these almost-untreatable infections.

Because of its sparing use in humans, resistance has not been much of an issue until recently. And while human use is relatively rare compared to other types of antibiotics, in animals, the story is different. Because colistin is old and cheap, it's used as an additive to feed in Chinese livestock, to make them grow faster and fatter. (We do this here in the U.S. too, but using different antibiotics than colistin). So as would be expected, use of this antibiotic led to the evolution and spread of a resistant strain, due to the presence of the MCR-1 gene. By the first time they saw this resistance, it was already present in 20% of the pigs they tested near Shanghai, and 15% of the raw meat samples they tested. In this case, the gene is on a plasmid, which makes it easier to spread to other types of bacteria. To date, most of the reports of MCR-1 have been in E. coli, but it's also been found in Salmonella and Klebsiella pneunoniae--all gut bacteria that can be spread from animals via contaminated food products, or person-to-person when someone carrying the bacterium doesn't wash their hands after using the bathroom.

So a question becomes, how exactly did it get here? And that's very difficult to say right now. The hospital where the human case was reported notes that the patient reported no travel history in the past 5 months (so it's unlikely that she traveled to China, for instance, and picked up the gene or bacterium carrying it there). The hospital says they've not found other MCR-1 positive isolates from other patients, but also that they've only been testing specimens for 3 weeks, so...yeah. Hard to say. People and animals (like the tested pig) can carry E. coli or other species that harbor MCR-1 in their gut without becoming ill, so it may have been in the population for awhile (as they've seen in Brazil) before it came to the attention of medical researchers. Perhaps it's been circulating in some of our meat products, or spreading in a chain of miniscule transfers of shit from person to person to person to person, for longer than we realize. Or both.

I was asked on Twitter yesterday, "Should I panic today or put that off until next week?" I'm not an advocate of panic myself, but I do think this is yet another concern and another hit on our antibiotic arsenal. It's not widespread in this country and as mentioned, colistin is luckily not a first-line drug, so it won't affect all *that* many people--for now, at least.

There are already papers out there showing bacteria that have both NDM-1 (or related variants) and MCR-1 genes. NDM-1 is a gene that provides resistance to another class of last-resort antibiotics, the carbapenems. (Maryn McKenna has covered this extensively on her blog). When carbapenems fail, treatment with colistin sometimes works. But if the bacterium is resistant to both colistin and carbapenems, well...not good. That hasn't been reported yet in the U.S., but it's only a matter of time, as McKenna notes.

It doesn't mean that we're out of antibiotics (yet) or that everyone who has one of these resistant infections will be unable to find a treatment that works (yet). But we're inching ever closer to those days, one resistant bacterium at a time.

I have been trying to look into this further as it is a topic I am not too educated on. Can anyone inform me of a good place to read up on the subject at all?

This discovery of that MCR-1, that provides resistance to the antibiotic colistin, will have an impact of having clinical trials to test new antibiotics. http://erc.uonbi.ac.ke