I never knew otters were THAT tough...

An river otter was captured on camera taking on an juvenile alligator...and winning. The battle took place at the Lake Woodruff National Wildlife Refuge in Florida in 2011. More images can be seen on their Facebook page where the images were recently posted, impressive! According to National Geographic, the normal diet of a river otter consists of birds, small rodents, frogs, turtles, crabs, and fish. Let's just add juvenile alligators to the list now. 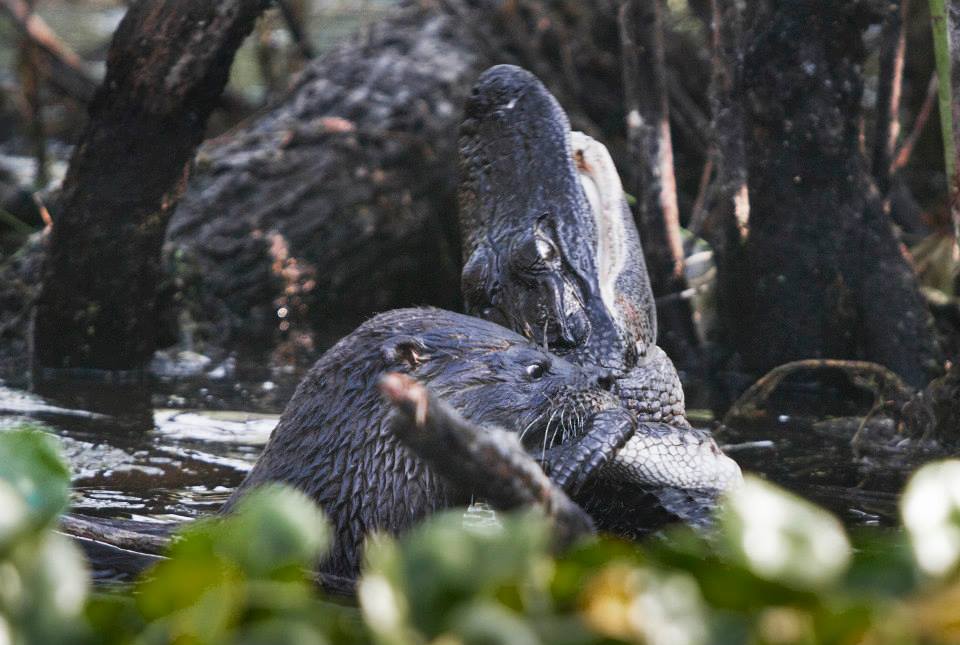 Perhaps equally impressive is this olive python that was seen strangling then devouring a Johnson's crocodile...yikes! 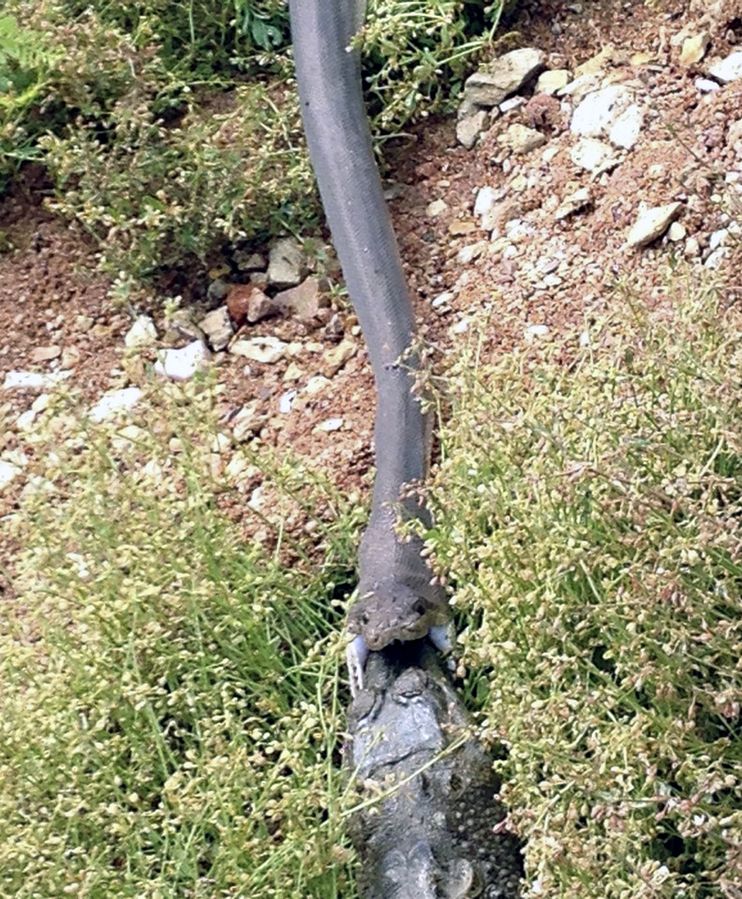 Hello Dr. Dolittle
Thanks for the interesting post, I really enjoyed it! I am currently a first year Vet student at the University of Pretoria. One of our assignments is to join a blog and since I am relatively new to this experience I was wondering whether you will be making any future posts and if you have any advice for me?
Thanks, I apppreciate it!

Thing about gators is that their behavior ranges from low-energy lethargy to rut-season hyper. Don't bet on a human doing much against one of them. Also, the larger gators drag children into water, drown them, and then eat the bodies later. Over the last century more than 100 have been recovered blue from inside gators and no one knows how many are noted as "disappeared." If a gator takes a dog, don't let the kids go down to the lake for a look-see.

Its amazing how we constantly underestimate small animals. Many animals who we seem to think are cute and cuddly are actually quite vicious and it always take me by surprise. i love all kinds of animals and no matter what the species is, i am for some reason compelled to pet them...and i dont think it would be safe to just go up to a random wild animal and loving stroke their head...because i might walk away with a few less fingers.

What would be the reason for an otter to attack an alligator particularly since an alligator is not near an otter's usual diet?
Could it perhaps be for territorial reasons? Or would the otter be that in need of food that it had to attack the alligator?

It's very interesting to see an otter take on an alligator. Thank you for posting about it.

It is interesting how small fury creatures are underestimated by humans because they do not possess large sharp teeth or hard scales and come across are cute and harmless with their small button noses and fluffy bodies. Gators can either be in a lethargic state or an energized state. In the lethargic state it is less difficult for a gator to become the prey of small or big creatures.

It was astonishing to see the underdog win! I thoroughly enjoy when people underestimate animals and are constantly proved wrong. I was surprised to learn that otters are actually prodigious predators and often overlap with bigger animals. i was also taken aback by the fact otter presumably learnt how to attack the alligator, this goes to show that animals are sometimes smarter then we think. Nature is extremely unpredictable and that's what makes it fun.

Seems to me that size (or cuteness for that matter) doesn't matter at all in nature. I would also be interested in why the otter would attack the alligator since its not on the otter's food list? Could the otter just be protecting itself?