I have heard of some animals using sugars as antifreeze (check out the prior blog on wood frogs that freeze and survive!), but never lipids. 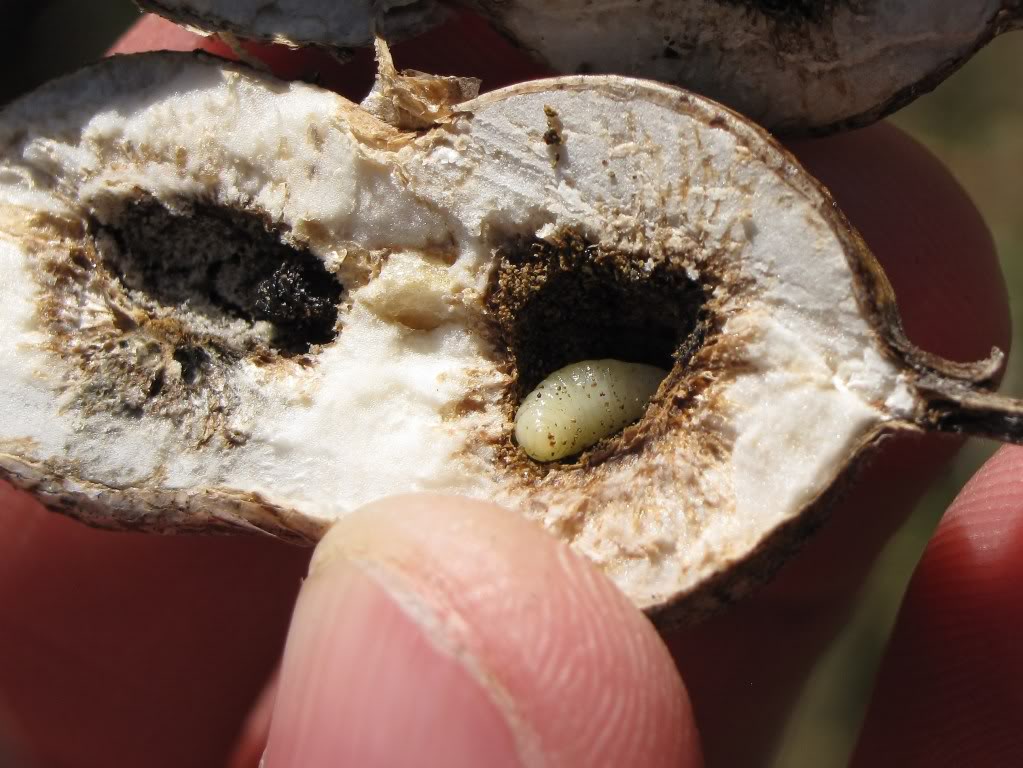 Researchers have discovered that larva of the Goldenrod gall fly (Eurosta solidaginis) shown above survive nearly freezing solid as well, which they hypothesize may be accomplished by accumulating acetylated triacylglycerol, or agTAGs, (i.e. a type of lipid) during winter. They found that the flies accumulate this lipid from September through March and studies of the agTAGs show that this particular lipid has a lower melting point that other lipids and can therefore remain liquid in freezing conditions.

The flies were previously known to store sugars and lipids in fat body cells that remain liquid in freezing temperatures. The authors of the current study suggest that accumulation of agTAGs may be responsible for this cryopreservation effect. According to a quote from The Scientist, study author Dr. Marshall explained, “We have two hypotheses at the moment about how acTAGs prevent tissue damage: the acetyl group might help the molecule to function like an antifreeze, or it may just be that acTAGs remain liquid enough to reduce the mechanical damage that happens during cytoplasmic freezing.”

However, other scientists are not as convinced by the data. Dr. John Ohlrogge (Plant Biologist, Michigan State University) was quoted in The Scientist saying, “I feel the evidence that the insects produce acTAG is a very important observation. But there is no direct evidence to support the freezing hypothesis, or the biosynthesis from other” triacylglycerols.

This is an audacious and powerful article to read! Dr. Dolittle you show us how today’s philanthropists, innovators, and passionate entrepreneurs are more empowered than ever before to solve humanity’s grand challenges.