Whose DNA is that? 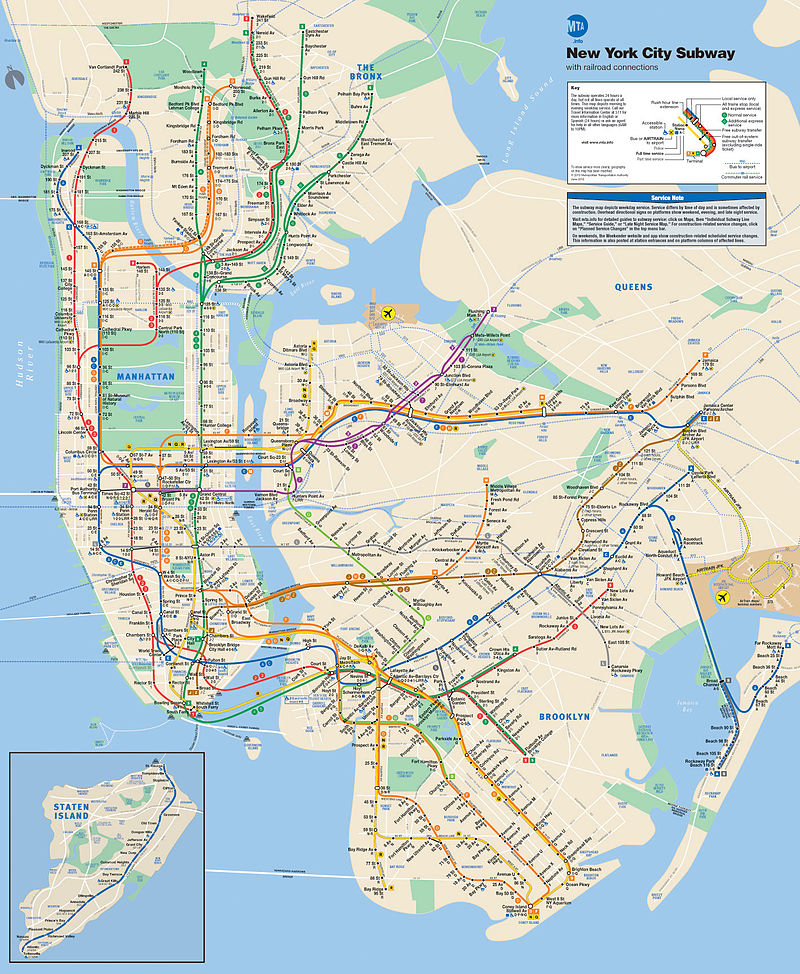 Along with finding abundant Pseudomonas bacteria (also found on our skin) they discovered that the DNA at each of the stations reflected the amazing diversity of the local residents and what they were eating such as pizza, cucumbers, and chickpeas, which may simply be components of more complex foods. They also discovered fragments of DNA from anthrax and plague, although they said, "We have zero evidence that they're alive or remotely pose a risk to public health." In fact, they discovered around 1700 different organisms. What was interesting is that about half of the DNA discovered could not be traced back to any of the gene sequences for organisms that have been identified thus far. Don't take this the wrong way, it doesn't mean that we have aliens riding in the subways. Instead it points out that there are many organisms out there for which we have yet to sequence their DNA.

According to a quote from Dr. Mason in Scientific American: "And the study has replaced what used to be sort of a fog of almost fear maybe about what might be on the surface to concrete knowledge that the vast majority of everything under our fingerprints is mostly benign, so, I've become much more confident."

You can listen to a podcast of the story here

This sounds like interesting stuff. By the DNA not being traceable to the DNA sequence records does it mean that maybe they evolved from other microbes or simply just erupted from the surface of the earth ?

How are the traces that were found of anthrax and other diseases not harmful to humans, seeing that anthrax can cause great devastation? Is it just due to the fact that they are only in small amounts?
u15010130

Is it difficult to see what proteins the DNA has a code for? Because to trace it all the way back to the assimilating proteins of a 'pizza' sounds a bit complex. u15169988

If there are roughly 8500 organisms we cannot account for, whose DNA we cannot sequence as of yet, how are we sure that there is no harm within them and that they cannot cause any damage to us? Are we still with certainty able to classify them as benign?