Tasmanian devils are rather large carnivorous marsupials. By large, I mean the world's largest.

In only 2 decades, the population of Tasmanian devils have declined by about 85%, landing these animals on the endangered species list. The cause: an infectious cancer called devil facial tumor disease (DFTD). As the name implies, this cancer causes facial tumors that grow so large, the victims starve to death in as little as 6 months from an inability to eat. What makes this cancer particularly devastating to a population is how it spreads between animals through bites and the one thing Tasmanian devils love to do, is bite each other. 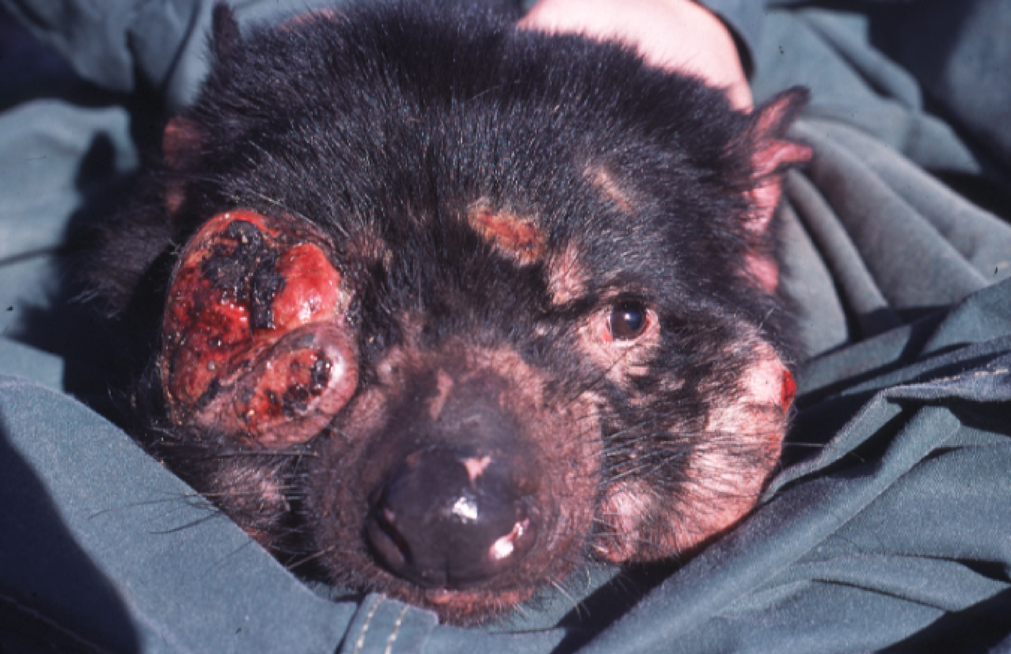 Image of a Tasmanian devil with DFTD from Wikipedia.

Scientists now report that the animals are beginning to evolve resistance to the cancer, which has so far prevented their extinction. By studying their genes, they have found seven that instruct the immune system to kill the cancerous cells. Interestingly, five of these genes are also found in other mammals (like us). The hope is that this discovery may not only help the Tasmanian devil ward off extinction, but that it may also help fight cancer in humans.