The Risks to U.S. Water Resources from Climate Change

After three years of intensive effort, research, writing, and review by hundreds of climate scientists, the latest update of the U.S. National Climate Assessment was released today. It includes many long, carefully prepared sectoral and regional studies, and covers the massive range of effects of climate change on the nation, including both changes already observed and expected in the future.

There are hundreds of pages of information, observations, projections, and conclusions to absorb – almost all of it bad news. Here, in short form and in the actual wording from the NCA (with page numbers from the “Highlights” summary report), are some of the most important conclusions related to U.S. water resources: 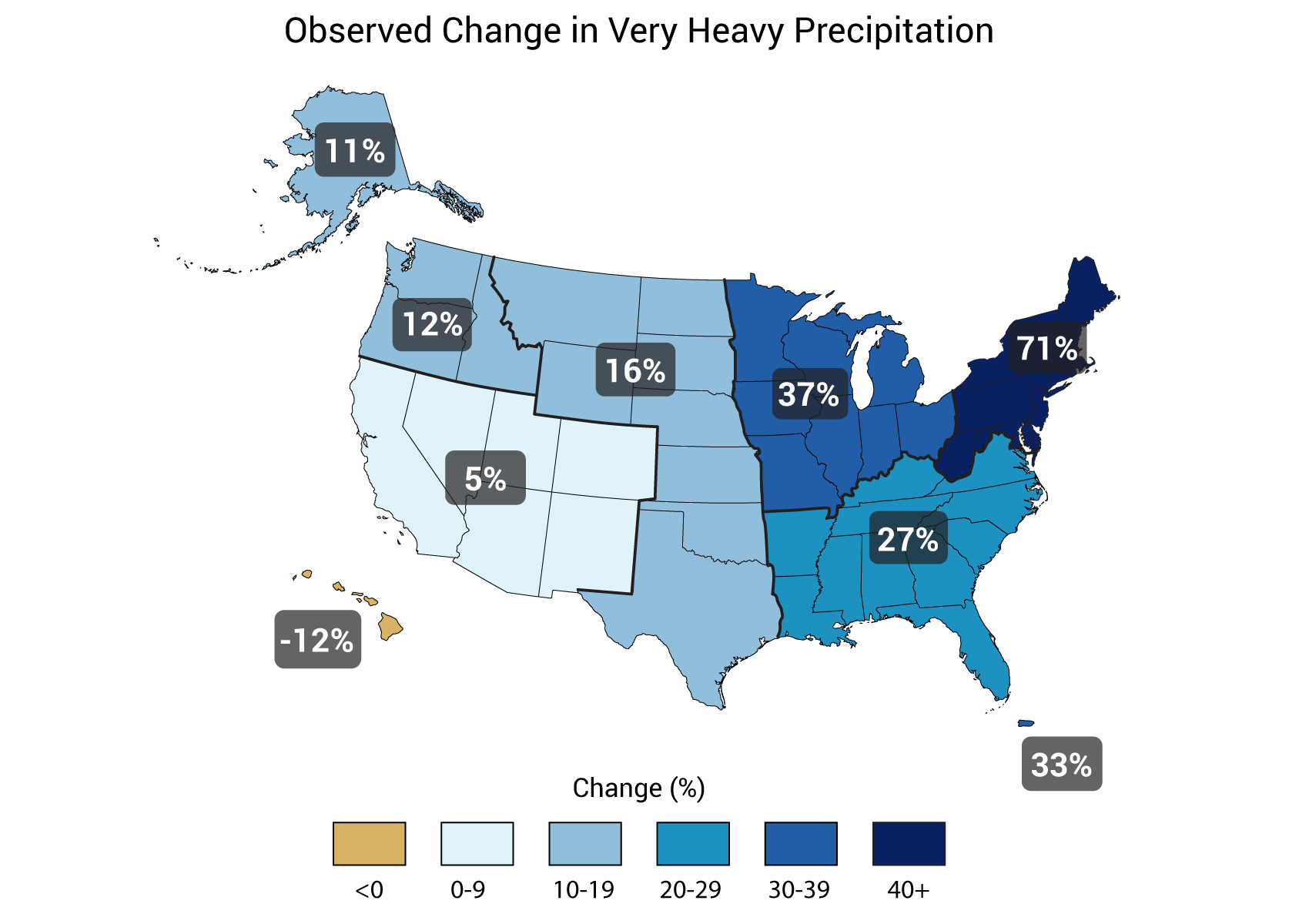 This is Figure 2.18 from the National Assessment: The map shows the percent increases in the amount of precipitation falling in very heavy events (defined as the heaviest 1% of all daily events) from 1958 to 2012 for each region of the continental United States.

Meanwhile, Congress has "more important things on its hands", like citing contempt against an IRS official re. slow-go on tax exemptions for Tea Party groups, and like opening an investigation (More Bigger Scandals!) on Benghazi.