The Best Eclipse of the Century is Tomorrow!

That's right, the absolute best eclipse of our lifetimes is going to occur tomorrow! First off, total Solar Eclipses are rare enough, and spectacular when they happen. 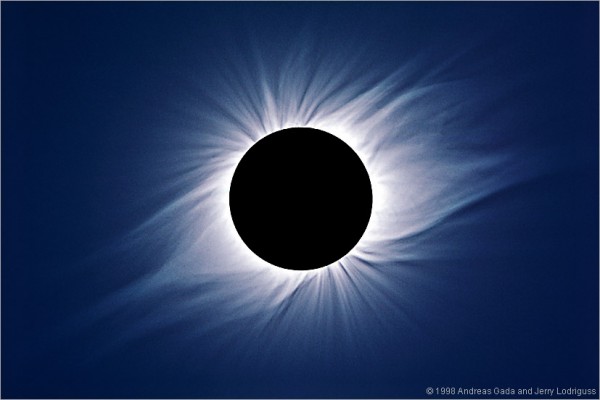 After all, a total solar eclipse allowed us to first test Einstein's General Relativity! A total Solar Eclipse happens when the Moon passes directly in between the Earth and the Sun, casting a shadow on the Earth.

This only happens rarely, for three reasons. First off, the Moon's orbit is not in the same plane as the Earth and the Sun. The Moon's orbit is inclined by about 5 degrees to the plane that the Earth orbits the Sun. For comparison, the size that the Moon appears to take up in the sky (its angular diameter) is only half-a-degree. 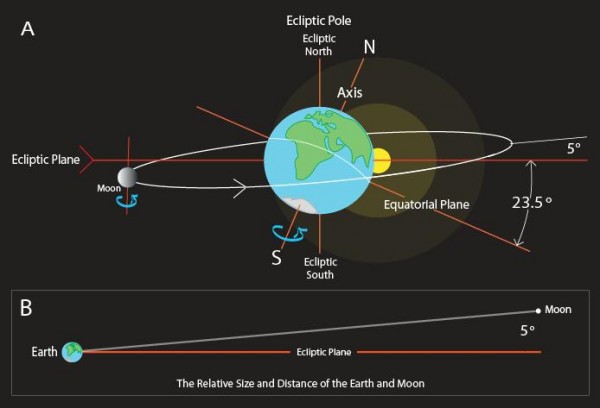 This means that more than 90 percent of the time, the Moon's shadow isn't even in the same plane as the Earth. But tomorrow, we'll get lucky, and the Moon will be in just the right part of its orbit to cast a shadow in Earth's plane.

The second thing we need is for the Moon's shadow to fall in the Earth's plane during the New Moon. Why the New Moon? Because this is when the Moon passes as close as possible to syzygy (i.e., perfect alignment) between the Earth and the Sun. 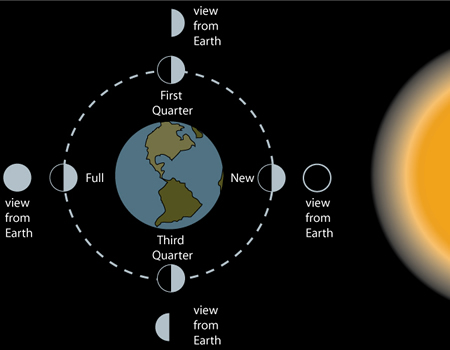 We only get about 12 or 13 of these a year. And tomorrow, July 22, is, in fact, the New Moon. So we've got two things in place: the Moon's shadow falling in Earth's plane during the New Moon. When this happens, we can see one of three things: 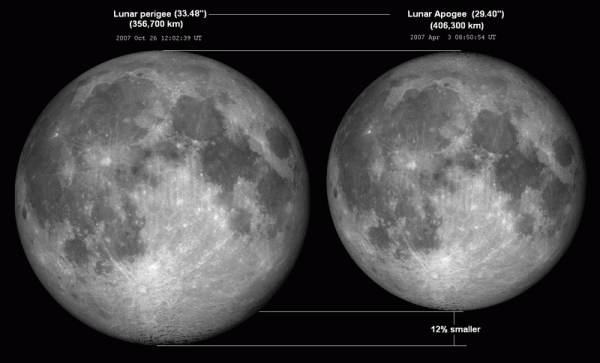 Not only will the Moon's umbra fall on the Earth, it falls extremely closely to the equator of the Earth. Meaning that, during the New Moon, when the Moon is closest to the Earth (and appears largest in the sky), the Earth, Moon, and Sun will be almost perfectly aligned. The result? A total solar eclipse that lasts for over six minutes, the longest Solar Eclipse that will happen in all of our lifetimes. These things come together very, very infrequently, less than once per century. And it's happening tomorrow! Where can you see it from? 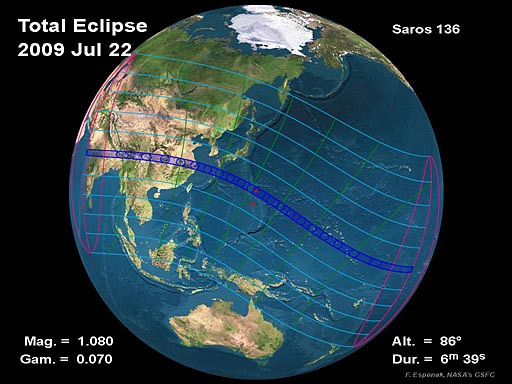 Anywhere on this path. The official NASA eclipse page is here, but I've done a little digging and found where you can see the total eclipse! If you live in India,

you're in luck. In fact, if you live almost anywhere in the Eastern Hemisphere, you should be able to see a partial eclipse, and you should also be able to tell that the Moon looks larger than the Sun!

(Hey, Jim Fry, if you read this and you're in Shanghai right now, don't miss this! And take some pictures for me!!!)

But if you get the total eclipse, you'll find that you can see stars during the day. I have never been so jealous of people who live in Asia as I am at this moment. If anyone who reads this takes pictures and lives in an area where you can see the eclipse, feel free to send them to me! If I get any good ones, I will happily post them here! Enjoy the show; there's not going to be another one like it as long as you live!

It looks like more people will see this total eclipse that all the others that have ever happened put together. You will have hundreds of millions of people in that path!

Nothing beats this natural phenomenon! March 7, 1970 in a small boat off Monomoy Island I witnessed a total eclipse. It is still a vivid memory and clinched my interest in math and science.

So what time will it occur in the Northern Hemisphere?

Thanks for that explanation of why these are so rare.

Bah! Thanks for the short notice!

It`s happening right now in western Japan! It`s rained for three days and cleared up about an hour ago (but is not clear on the islands down south with the best view, go figure). It`s 10:45 and looks like it`s about 3pm.

Apparently you can reflect an image of the eclipse of the sun onto the wall with a mirror - don`t look at the sun, but use the mirror to bounce the light onto a nearby wall. Amazing! I got a few pictures of that. Waiting for it to darken up a little more before I get more.

Longest totality of the century? Yes. Best eclipse? Maybe not. Clouded out at many points along the path.

I've been to total eclipses in Baja Cal in 1991; Curacao in 1998; on a ship in the Black Sea in 1999; and Antalya, Turkey in 2006, and had cloudless skies for all four, partially owing to proper prior planning, which prevents p**s-poor performance.

W0W THATS LIKE THE MOST THING I EVER HEARD ABOUT,ASTRONOMY IS LIKE MY BEST THING TO DO AND THIS WEBSITE IS LIKE THE BEST,HOPING TO MAKE MY DREAMS COME TRUE AS AN ASTRONOMER.Totally love ASTRONOMY