Carnival of Space #113 is here on Scienceblogs!

I'm not responsible for this one, though! Head on over to Steinn's page, Dynamics of Cats to see this week's Carnival of Space in full. Sure, I wrapped up my series on the last 100 years, but you'll want to take a look at my top 3 from this week's Carnival:

1. Chandra's 10th anniversary: it was a big deal when Chandra went up on the Moon landing's 30th anniversary, and so don't forget to celebrate our great X-ray observatory's greatest discoveries, including the first incontrovertible evidence for dark matter! 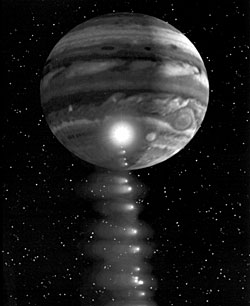 2. Jupiter struck by something! Asteroid? Comet? ALIEN? Just what was it that struck Jupiter last week, and how did we figure it out? The story is here for you. 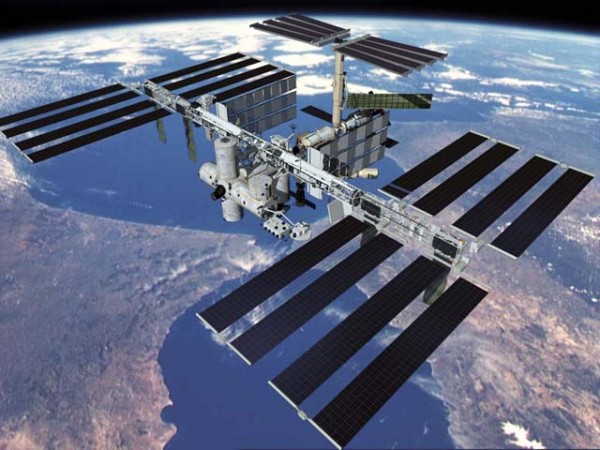 3. Get out of Earth's orbit! Are you hugely disappointed that humans haven't left Earth's orbit since 1972? Well, I am, but Bruce Cordell at 21st century waves takes a look at Tom Wolfe's opinion, which is definitely worth reading!

Enjoy the latest Carnival of Space! And for those of you who want an update on the status of my hair, it's still here. We're up to 84 donations of time, goods, and/or money, so we only need 16 more to get my head shaved! Let's make it happen this week!

It is carnival time, and the hits just keep on coming... 40 years ago today, three astronauts in the command module Columbia, of the Apollo 11 mission, splashed down in the Pacific, having just come back from the Moon. As one does. Cheap Astronomy has the third in a series of Apollo 11 podcasts:…

We have a treat for you this week: Starts With A Bang gets to host this week's Carnival of Space! We take the best space and astronomy posts from around the internet and pull them together in one great extravaganza! I've gotten to host twice before, and this is a very special edition for…

Greetings, and welcome to this week's Carnival of Space! Before getting to the astro-goodness, Will has a question: How many of you get your astronomy news directly from the press release? Planets and Plutoids Everyone likes Mars, which means everyone's attention is on Phoenix and its oven. At the…

Carnival of Space #117 is Live

Once a week, all the top astronomy/space writers from around the net get together -- thanks to Fraser Cain at Universe Today -- and contribute their top stories to the Carnival of Space. This week, Mike Simonsen of Simostronomy hosts, and brings together some great stories in this week's Carnival…

Those are some pretty cool articles. One minor quibble: I don't think humans have ever left Earth's orbit, although it will be awesome when we do! Bring on Mars! IIRC, all the Apollo missions were on a free return trajectory that meant if there was no burn near the moon, the spacecraft would loop around and return to Earth.

Although that's true, if it hadn't been for the Moon, we would've floated off into interplanetary space, unbound from our planet (but still bound to the Sun).

That said, we do have a Moon, so we were, in fact, bound to the Earth-Moon system.