Weekend Diversion: Save The Words!

"No one means all he says, and yet very few say all they mean, for words are slippery and thought is viscous." -Henry Brooks Adams

There are plenty of advocates out there for letting go of the great, descriptive, but outdated words of our language. And I simply can't get on board with that. As Storyhill will tell you, there's value in holding on.

Holding On
Why? Those of you who've been reading this site for a while know that one of the great struggles I deal with is expressing, in a clear, straightforward, and meaningful way, these physical concepts that baffle some of the world's greatest minds. And I need the help of all the words I can get.

While some people want to simplify our languages, I want to learn more about their complexities, and their ability to express certain intricacies. That's why I'm pleased to introduce you to a project I've just come across: Save The Words! 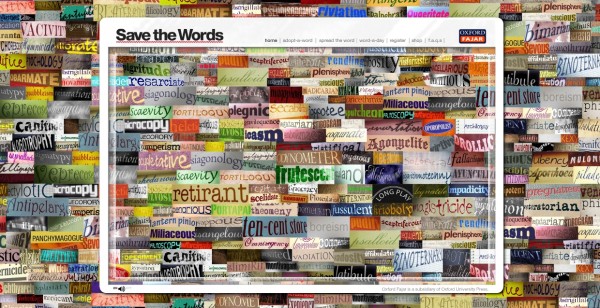 And -- thanks to Oxford dictionaries -- you can help save from obscurity words that often don't even return a single hit on google! Maybe you need to know how to express such a concept as "magical astrology," and don't have a good word for it? Well, they've got you covered. 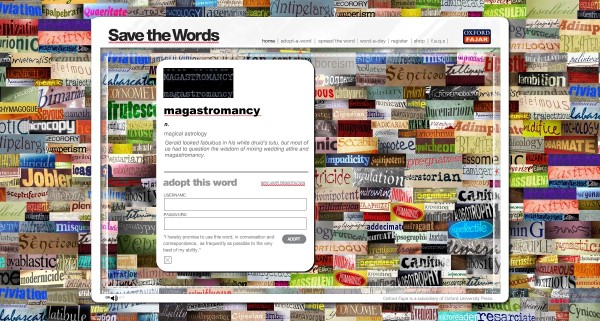 Perhaps you need a good adjective for the famous apple falling on Newton's head? Good thing they provide such entertaining, descriptive sentences for each of the words you can adopt. 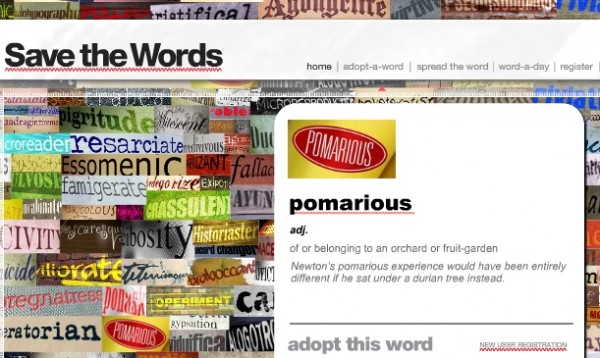 But perhaps the greatest gift you can give to one of these words is to make it your own, and pledge to use it. And so it is with great pleasure that I announce my adoption of the word "plenisphere." 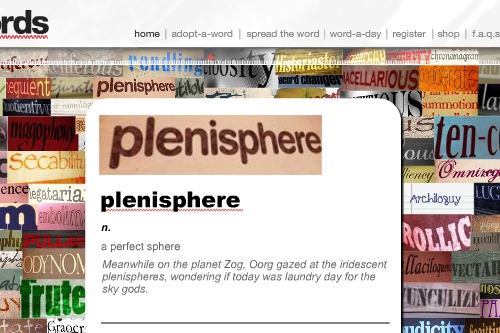 Google doesn't really know. Google thinks I mean planisphere, which is a star chart/constellation finder. Which is, of course, a great tool for any astronomer, but that's not what a plenisphere is.

You see, most spheres aren't perfect spheres; they're compressed or stretched in some way. 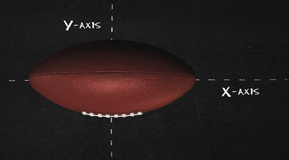 American footballs, for instance, are stretched out along one axis, and known as a prolate spheroid. 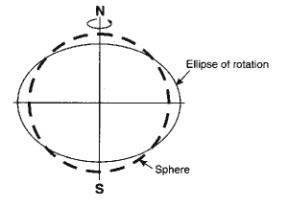 The Earth, on the other hand, with its equatorial bulge and compression at the poles, is an oblate spheroid. 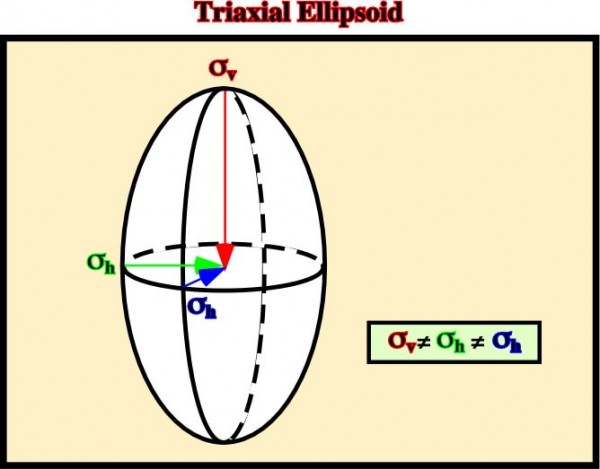 And if you were unlucky enough -- as we often are in astrophysics -- to have all three of your axes be different, you're stuck with a triaxial ellipsoid.

But what if you've got an ideal, perfect, equal-in-all-ways sphere? 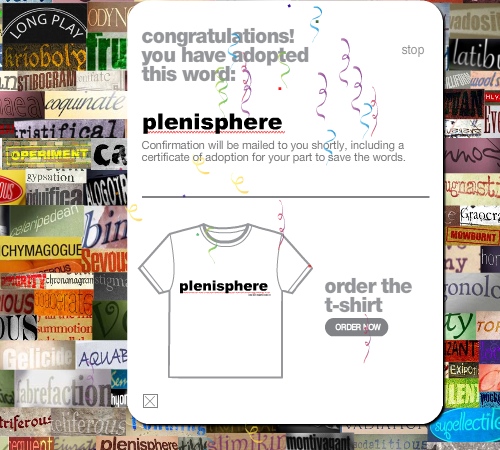 Well, if you want one, single, solitary word to say it, and to emphasize the perfectness of that sphere, that's what a plenisphere is. It's also the word I've adopted and agreed to help save! So check it out, and don't be ashamed of holding on to your favorite words. Have a great weekend, and I'll see you next week!

heh. Luna is a triaxial ellipsoid of sorts - it bulges out on the far side.

Sadly, there is no word for that...perhaps 'lumpish'?

I hear about the site, and the cause, on NPR. ATC or WE, I forget. Excellent idea and cause. Good post. Then again you blog post are always illuminating, often cosmically so.

I've never heard of Storyhill...most excellent!
I like your choice in words to be saved (plenisphere), but then I am a bit bias.

That is an awesome site, as a younger me, my sibling and I, when (really,really bored) searching for something to do would grab a dictionary and randomly flip the pages, stick one's finger in and ask the other what the word meant, it was fun and educational.
*does that make me a nerd*?)

This seems to be a modern version of this game, and I will try to be as essomenic as feasible, at least while I am ruricolous.

My weekend is now total patration. Thanks!

A few years ago there was talk about producing a perfect sphere (or at least a sphere with imperfections below a certain amount) from ultra-pure silicon provided by the Russians and regrown in a German foundry. I wonder how that project turned out. Whatever the case, there's probably a word for it. Oh, what a frabjous day!

As I recall, that project is an attempt to produce a reproducible mass standard by creating spheres perfect enough that the number of atoms present could be computed with high accuracy. That would enable the kilogram to be nailed down to the mass of a known number of silicon atoms, rather than the current unsatisfactory method of using a specific reference object.

Other contenders for "most perfect sphere" are the gyroscopes made for Gravity Probe B, made from fused quartz rather than silicon (and then plated with a layer of niobium for superconductivity).

MadScientist; Maybe the Avogadro Project is what you were thinking.

Here's a brain buster. Why does the nose of a well thrown football remain tangent to its parabolic trajectory?

seems to violate conservation of angular momentum at first blush. . .

The two coordinate systems are similar -- in the same way that they're similar to plain old spherical coordinates -- but they have different situations in which each one is more useful.

I had a book when I was younger, The Superior Person's Book of Words, that had many similar obscure words and humorous examples of usage. If you enjoy the adopted words this may be worth looking into.

"Well, if you want one, single, solitary word to say it, and to emphasize the perfectness of that sphere, that's what a plenisphere is."

No offense, but I can see why it's fallen out of usage. People who care enough to distinguish will likely use spheroid and sphere carefully.