"I'm the best there is at what I do, but what I do best isn't very nice." -Wolverine

For those of you who thought long and hard about the song I gave you yesterday, perhaps you anticipated that there might have been a connection to this years costume. It's a little tenuous, but this year? The choice was obvious for me. 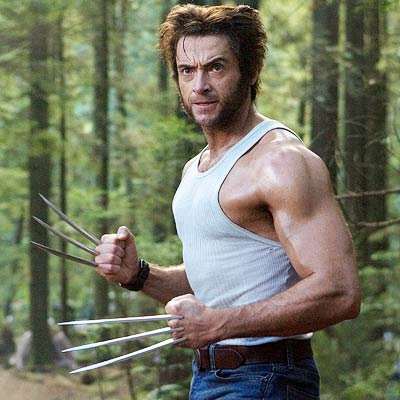 That's right, Hugh Jackman's portrayal of Wolverine. As is always the case on Halloween, I've been spending the day terrorizing my local city. 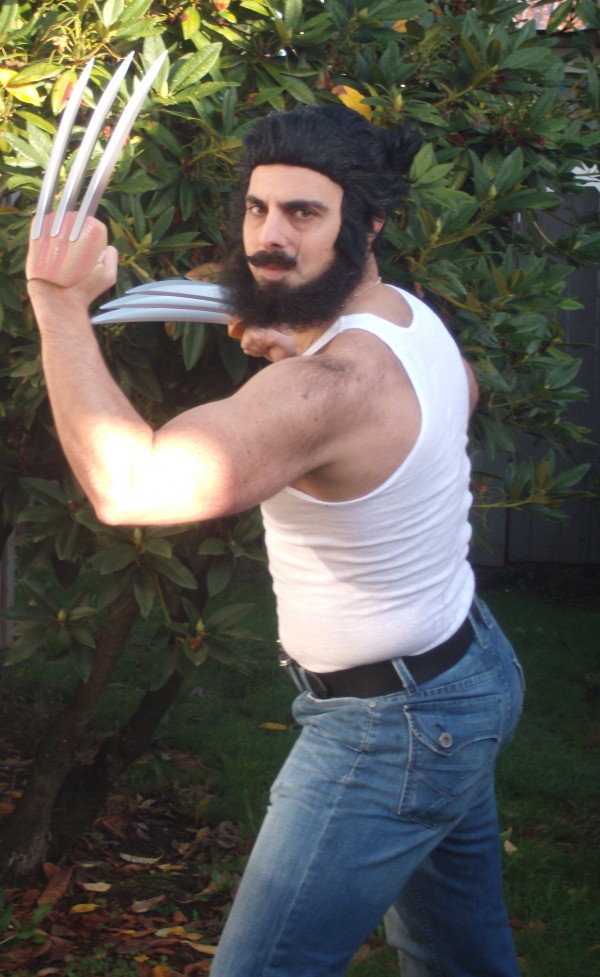 And after trying out a number of styles, I think I got my facial hair just right for the part. 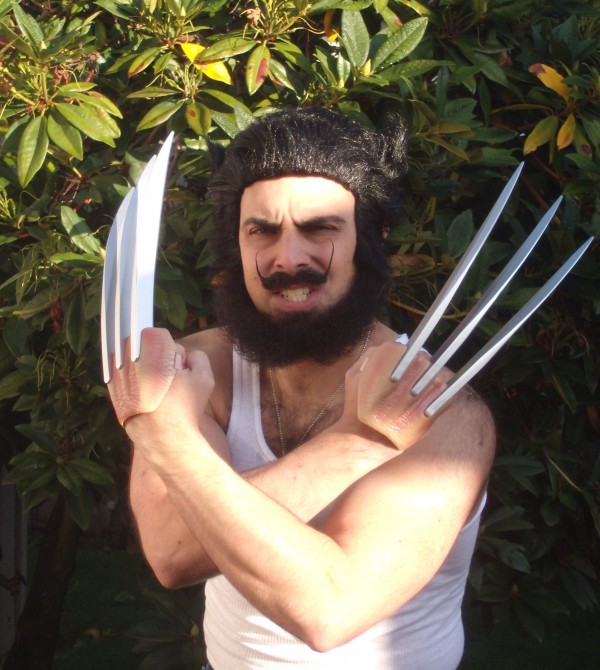 Yes, that's my real mustache, and yes, my beard is much longer than it looks. (It's amazing what you can do once it's long enough to slide over your ears!) 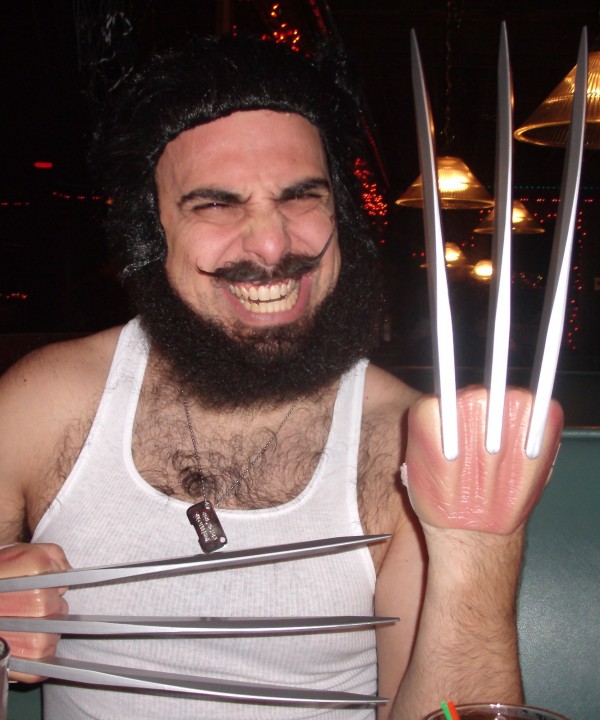 So eat your heart out, Hugh Jackman.

And of course -- as you may already have noticed -- it's time to update my profile photo's hello to the world. It was a tough decision between the photos above and a crop of the one below, but I think I made the right call.

And so, it's goodbye to Randy Savage and hello to Wolverine!

Happy Halloween, world, and get ready for another year of Starts With A Bang!

"Where there is no imagination there is no horror." -Arthur Conan Doyle Halloween, for those of you who've been here a while, is my favorite holiday. Every year for the past dozen years now, I've dressed up as whatever I've wanted for Halloween. And -- if you haven't seen the pattern yet -- it's…

"Dusty Rhodes, do you think you're what our forefathers were thinking about when they thought up the American Dream? Ooooh, yeah, I don't think so." -Macho Man Randy Savage Those of you who've known me for any length of time know that Halloween is one of my favorite holidays, and know that I put a…

"There is always a period when a man with a beard shaves it off. This period does not last. He returns headlong to his beard." -Jean Cocteau Some traditions are older than we even know. Older than our great-grandparents, older than our countries, older even than the oldest songs and music we know…

"I'm not ashamed to dress 'like a woman' because I don't think it's shameful to be a woman." - Iggy Pop Well folks, it's that time of year once again: to share my favorite holiday with you and change my digital avatar for the next 365 days! Traditionally, I've dressed as superhero-figures from my…

Ethan, I like your sense of seriousness, silliness and just keeping a sane and fun perspective.

Is that a belt buckle flask?!?

So, there is no astronomical reason for the SWAB new year to occur on Haloween, other than the love of dressing up and changing your profile pic? I think that is awesome.

For what it's worth, not only is Aquanerd totally on point, this Halloween marks the first time all year that I've worn jeans instead of a kilt for all non-lawnmowing-related purposes.

If Hugh Jackson dies in the next 365 days, does that make Ethan's Halloween costumes cursed?

"If Hugh Jackson dies in the next 365 days, does that make Ethan's Halloween costumes cursed?"

need only i little more concentration and the wolverine state reached

I suppose this belongs in a cryptozoology blog, but how does Wolverine bend his wrists when his claws retract?