"I would rather have one article a day of this sort; and these ten or twenty lines might readily represent a whole day's hard work in the way of concentrated, intense thinking and revision, polish of style, weighing of words." -Joseph Pulitzer

When it comes to the Messier objects, though, it isn't words that get concentrated; its collections of stars, gas, dust and more! So welcome to another edition of Messier Monday, where we take an in-depth look at one of the 110 deep-sky objects that make up the Messier catalogue. Some of these objects are only a few light-years wide, containing just a few solar masses worth of material, while others extend for hundreds of thousands of light years, containing more than a trillion stars. 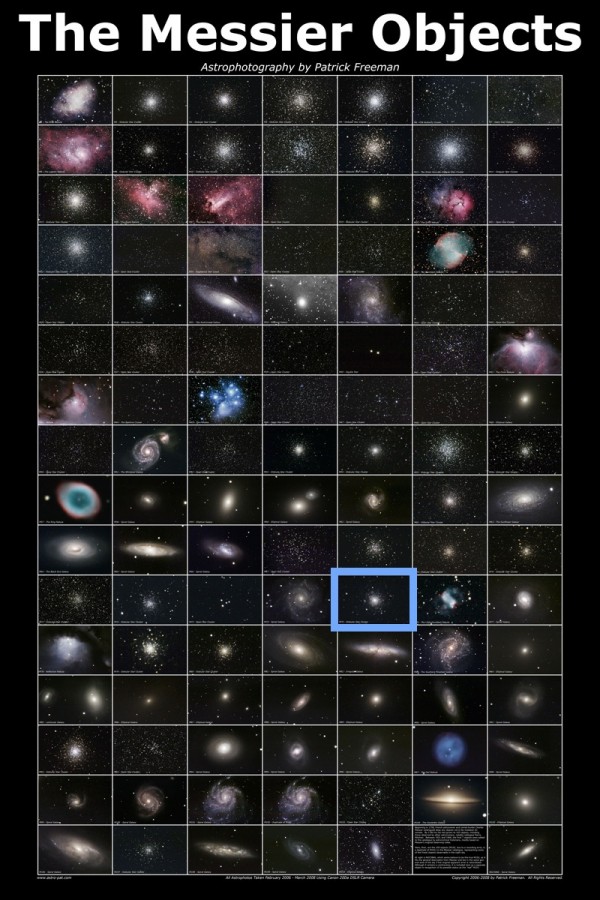 Tonight, like all nights where the Moon will shine prominently, open clusters and globular clusters make for the best observing targets, while extended objects like galaxies and nebulae are better viewed under darker, moonless skies. High in the southern skies after tonight's sunset, you may want to consider checking out the 75th entry in Messier's catalogue, the most centrally concentrated of all 29 of the Messier globular clusters. 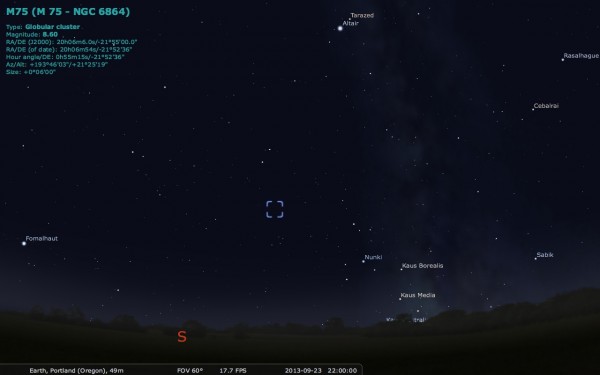 To find it, you'll have to look in a region of the sky without bright, prominent stars. The plane of the galaxy runs through the Summer Triangle, whose vertex Altair is visible at the top of the image, above, and extends all the way down to the asterism of the Teapot in Sagittarius, located right at the horizon (at my latitude). If you take those two points and the bright star Fomalhaut in the southeast, you can make a huge triangle; Messier 75 is located just south of the exact middle, but there are some closer stars to help you along the way. 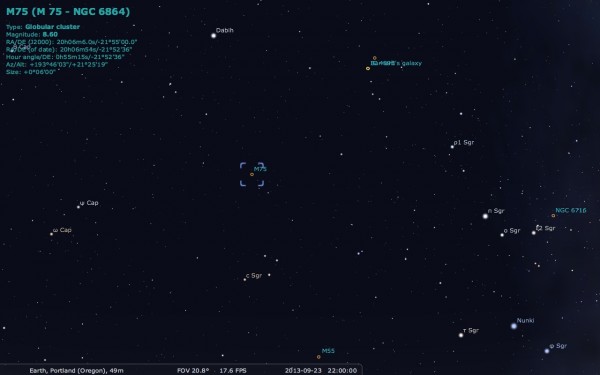 In particular, you can find the bright star Dabih (β Capricorni) by heading south from Altair, and the "banana" of six stars to the west, located just north of the teapot in Sagittarius. To the east, two fainter but still prominent stars (ψ Capricorni and ω Capricorni) can be seen, while to the south, four naked eye stars making a small "hook" shape can be viewed. And in the midst of all of them, located by a series of stars just barely at the limit of naked eye vision, you can find -- through binoculars or a telescope -- the deep-sky sight of Messier 75. 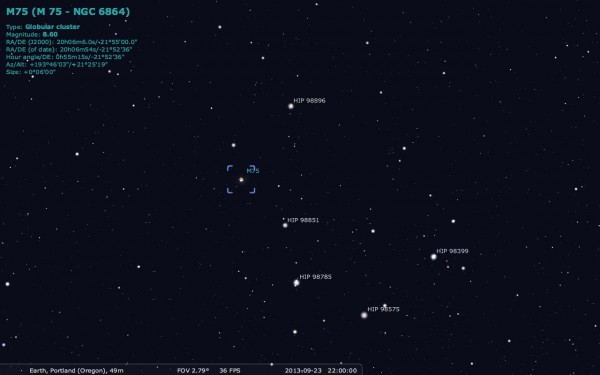 It appears as a dense, small round nebula, in which it's very difficult to resolve individual stars. Messier's assistant Pierre Méchain discovered Messier 75 in 1780, and other than a dense, round core, neither Messier nor Méchain could see any more detail. 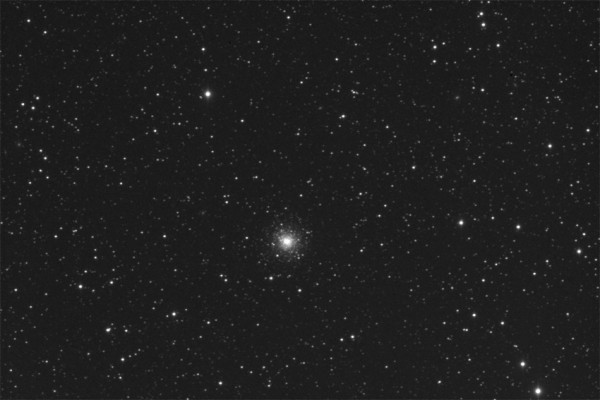 But with good skies and modest equipment, you can see that there isn't just a dense, round core, but individual stars radiating outwards, and eventually fading into the blackness of the space surrounding it.

What makes this cluster's core appear so dense, and what makes its outskirts appear so dim? 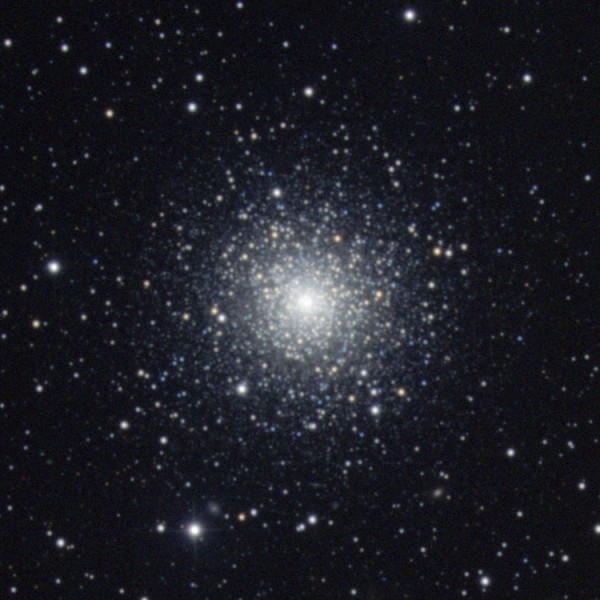 Why, the fact that this cluster is tremendously far away! Like most globulars, it's located out of the galactic plane, but it's clear on the far side of the galaxy from our perspective! While the galaxy's center is some 25,000 light-years distant, M75 is some 67,000 light-years away, making it the second most distant globular in the Messier catalogue!

But while there's a wide range of densities (from class I to class XII) among globular clusters -- some globulars are more dense towards the core while others are more diffuse -- Messier 75 is as dense as they come! 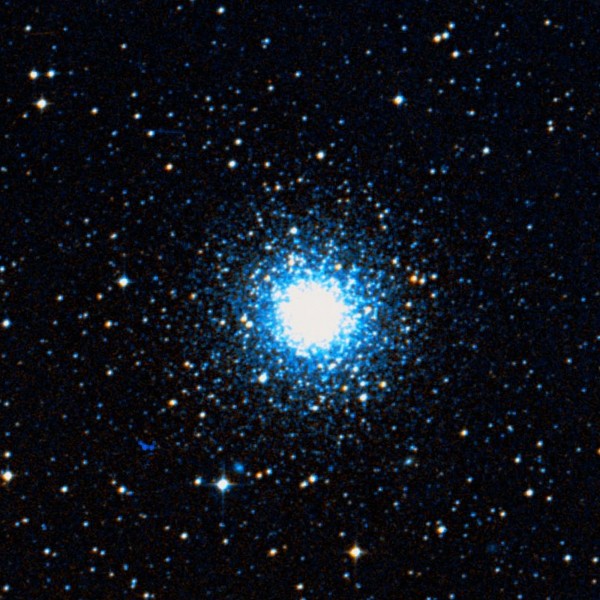 The prototype for Class I globulars, Messier 75 is some 67 light-years in radius (compared to its 67,000 light-year distance), and shines with the brightness of 180,000 suns! Despite being nearly as old as the Universe itself -- its estimated that Messier 75 was formed less than a billion years after the Big Bang -- there are many blue and bright yellow-and-red stars inside! 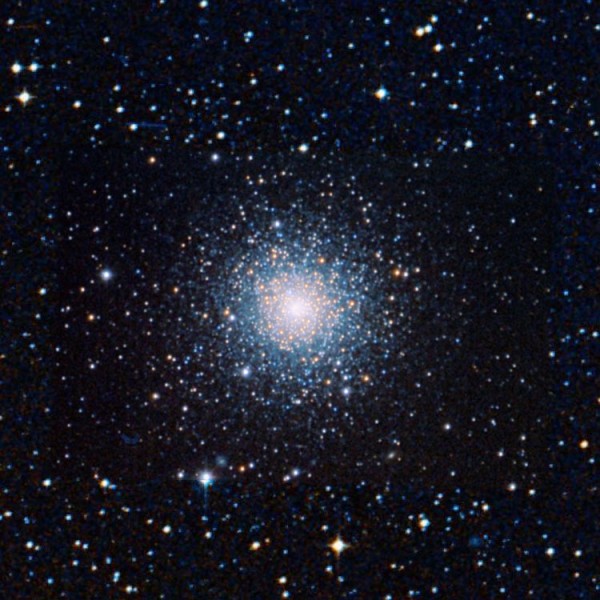 The bright yellowish stars are red giants, or stars burning through the last of their nuclear fuel at the ends of their lives, while the bright blue ones are predominantly blue stragglers (more abundant towards the core), where lower mass stars have merged together to burn brighter (and bluer, and faster) than either progenitor star ever did. 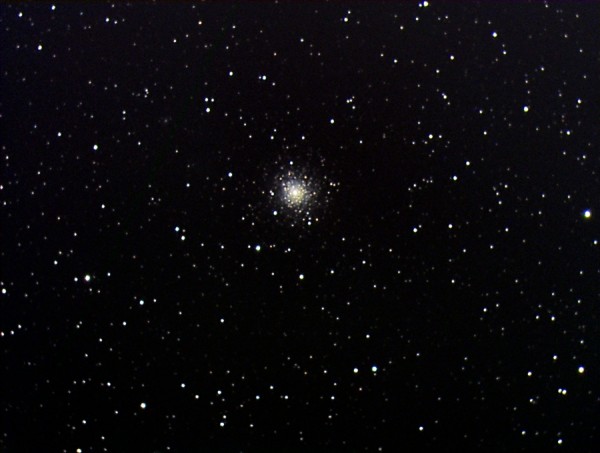 While Messier 75 may be a difficult object to find without spectacular equipment, you're looking not just to the other side of our galaxy when you capture it; you're also looking way back in time, at stars nearly three times as old as our Sun! So don't despair if it looks small, and if it's hard to find; you're not alone! 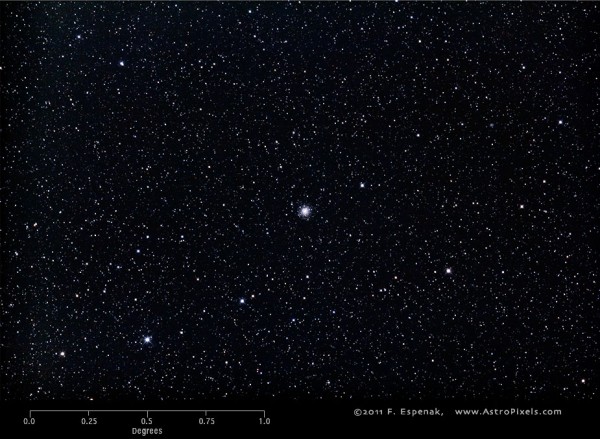 Instead, think about just what can be seen, inside, with the most powerful of telescopes: Hubble! 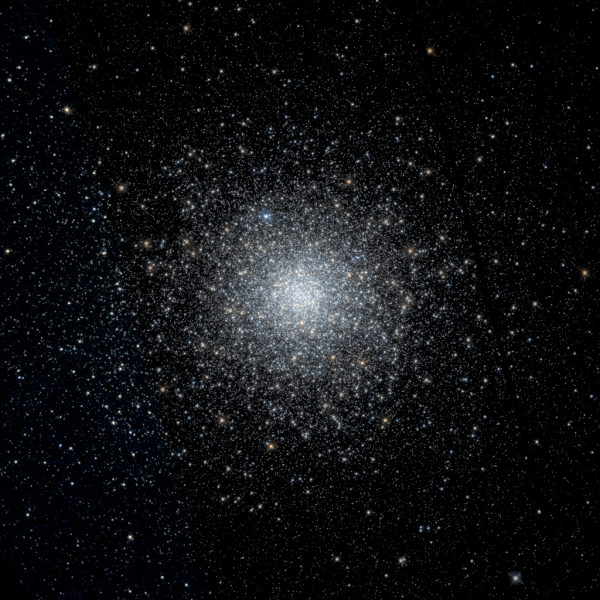 And if you want to take a ride all the way through the core of the cluster itself... well, I can't think of a reason why you wouldn't, so let's go!

And that's what the inside of the densest of all globular clusters -- from nearly a galaxy-length away -- looks like! There's no better way to wrap up a Messier Monday! Including today’s entry, we’ve taken a look at the following Messier objects:

Come back next week, when the Moon will be down after sunset, and maybe, just maybe, there'll be a great galactic wonder waiting for you next time, only here, only on Messier Monday!

Messier Monday: A Cluster Beyond Our Galaxy, M79

"Anyone who keeps the ability to see beauty never grows old." -Franz Kafka The night sky is our window into the Universe beyond the Solar System, and in some cases, even beyond our own galaxy! Perhaps the oldest useful collection of deep-sky objects, the Messier catalogue showcases 110 of the most…

"The image is more than an idea. It is a vortex or cluster of fused ideas and is endowed with energy." -Ezra Pound It's time for another Messier Monday, where we profile one of the 110 deep-sky objects that make up the Messier catalogue! This was the first large, accurate catalogue of fixed, non-…

"Dream no small dreams, for they have no power to move the hearts of men." -Johann Wolfgang von Goethe Welcome back to yet another Messier Monday here on Starts With A Bang! Each Monday, we highlight one of the 110 deep-sky objects that make up the Messier catalogue, showing you where and how to…

"Beauty is a manifestation of secret natural laws, which otherwise would have been hidden from us forever." -Johann Wolfgang von Goethe Welcome back to another Messier Monday here on Starts With A Bang! Each Monday, we go through one of the 110 deep-sky wonders of the Messier Catalogue, some of the…

Some time when you are talking about a globular cluster, could you explain what determines the overall density? Is it that the original gas cloud was denser, or larger, or is there dark matter involved? Thanks again.

Sometimes I sleep on the roof facing the sky. And thinking of myself why I have born in this Generation.Why wouldn't I have born some 100 or 1000 years back..if i have been born some 1000 years back. i wouldn't know about this greatest invention called internet, mobiles,Television.So what's the purpose I born at this time.And I think earth is not the only planet with living beings.There is some thing else beyond us. LIFE IS SO PRECIOUS each and every seconds are Golden moments of life. FEEL IT!!!

Sorry Ethan, I just read this and realised I don't visit or link to your blog about a fifteenth as much as I should do. I really must remedy that.