Why blue LEDs are worth a Nobel Prize (Synopsis)

“Everyone must leave something behind when he dies… Something your hand touched some way so your soul has somewhere to go when you die… It doesn’t matter what you do, so long as you change something from the way it was before you touched it into something that’s like you after you take your hands away.” -Ray Bradbury

Well, the 2014 Nobel Prize in Physics has been announced, and by now you've probably heard: it's gone to three solid-state physicists for the development of the blue LED, or light-emitting diode. 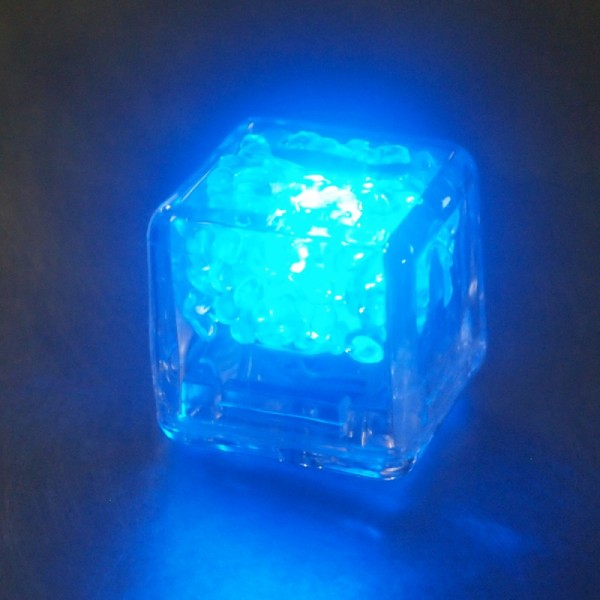 Many of you are likely incredulous at all the amazing physics (and physicists) that were snubbed by this seemingly mundane choice, and you might expect that I -- an astrophysicist and a theorist, after all -- would join you in this. But you are sorely mistaken. The fact is, this really is an amazing breakthrough, and I think we all deserve to take a moment to appreciate how groundbreaking this development truly is.

Go and read the full story, and see if it doesn't change your tune!

In my humble opinion as a former condensed matter physicist I would have to say you didn't change my tune.

Granted, it was a huge breakthrough and the number of applications are enormous. And these scientist have undoubtedly done fabulous, meticulous work.

Is it a breakthrough in physics, though? I would argue, no, it wasn't. I would categorize this work squarely in (materials) engineering. This is in contrast to the invention of the transistor, where a lot of the condensed matter physics was still unknown. The physics of the LED? Not so much.

You're not being fair to holes, Ethan. Yes, it's for general consumption but the fact remains that holes (among other things) move around rather than just sit there waiting for an electron. And, in fact, they have mobilities not only different in magnitude from that of electrons but also in sense.

I believe it was the intention of Nobel to give the prize to scientists who help advance peace by some scientific breakthrough.

The blue LED made possible the white LED, the white LED helps reduce energy demand and thus preservation of resources. Therefore, in the era of wars for oil and other resources, helping save energy means promoting peace.

I believe it was the intention of Nobel to give the prize to scientists who help advance peace by some scientific breakthrough.

That's as may be, but I'd still classify this much more as chemistry than as physics. I mean, seriously: the discovery of fullerenes and in particular the quantum analytic methods that allow us to come anywhere near calculating their properties are much closer to any kind of advance in physics, and those were awarded the prize for chemistry.

This one, lovely work as it may be (and I've spent some time in the III-IV world, it's tricky) is much more an brilliant work of chemical engineering than much of anything else.

On the other hand, the prize for chemistry this year is certainly well-deserved and at first glance involves more slick physics (optics) than the LEDs do. Maybe they got switched?

You give no indication of why an LED is so much better than older-fashioned electroluminesense. Both convert electricity into light. The fact that LEDs are also diodes seems almost superfluous. But obviously we have LED lighting, not electroluminous lighting, so the former must have some other advantage.

@5 - AIUI there's a huge efficiency difference. This appears to be an important consideration for the Nobel committee, because they even quote the fact that it's "energy-saving" in the short form of the announcement.

Very nice article. I agree that this is worthy of a Nobel Prize in Physics along the same line as when the invention of the integrated circuit (IC) was also given a Nobel in Physics.

As a side note one of my favorite examples of a diode is the organic LED the "glowing pickle".

You still didn't explain why it required great insight to come up with Gallium Nitride, or indium. That, to me, is what showing that it was "worth a Nobel Prize" is all about

As being a dedicated grower for many years me and my community have put good use of the BLUE LED`s which are important together with Red and Green to mimic the exact wave lengths that the plants absorbs.

Another cool-d thing about LED is that some of them can actually emit more energy than what is being fed into them.

While I am no expert by any means on LED technology, I must take issue with your statement that some LED's can emit more energy than what is being fed into them. I know enough physics to be quite familiar with the concept of energy conservation. Such an LED would be a gross violation of energy conservation. Are you sure that you did not word that claim incorrectly? I'm pretty sure it's quite impossible for ANY process to have an output energy that is greater than the input energy.

As a professional grower I have followed the development of LED`s quite some time now. I will however not pretend to be an expert in the field but instead point towards some of the articles I have read on the Internet:

The observations points toward that a LED can operate at Over Unity without breaking the laws of conservation.

Another observation of a similar phenomena was a test report that was released yesterday regarding tests on a technology called the ECAT.

A Swedish Royal Academy of Science together with a Research and Development Organisation for electricity who(who represent many nordic energy companies) sponsored some tests on the technology in a Swiss Lab.

According to the report 1 gram of Nickel Hydrogen Nano Powder seemed to produce energy equivalent to that of burning 50 gallons of gasoline during the 32 days the device was operating.

I had some friends with connections within NATO who told me about this ECAT technology several years ago so I`m hardly surprised but for others hearing about these "observations" it must seem quite far out as it is pointing towards the biggest revolution in our understanding of science in a long while if true.

Probably Ethan will touch down on this eventually when he had more time to go through the observations but for now you can read a test report yourself:

I hope you enjoy the links and find them usefull

I am sorry, I posted the wrong article:
I mean to post this link:
https://dl.dropboxusercontent.com/u/47510394/ecattest2014.pdf

Lasers emit more energy than they get, but only from stored energy because you have to pump the laser first. Florescence gives more *photons* but less *energy* out than in. And radioactivity (or chemical reactions) can do likewise, but the storage of energy is from potential energy in the construction.

But there's no way to get more out than went in if you tot up all the sources and don't elide any precondictioning.

You give no indication of why an LED is so much better than older-fashioned electroluminesense. Both convert electricity into light.

You don't lose as much in unwanted stuff. Like IR or UV photons that don't do anything for illumination. And the bandgap that defines semiconductors as opposed to conductors naturally reduces the options for losing energy to thermalising processes.

This award acknowledges the enormous impact of semiconductor optoelectonic technology, which is highly appropriate. But at the same time, I can't help feeling it overlooks the invention of the strained quantum well laser by Alf Adams.

This was the first semiconductor laser capable of generating significant amounts of optical power, without instantly melting under its own inefficient operation, and was the device that first made possible the kind of optical communication used for information transfer over the internet. Almost thirty years later, today, it is still basically the only option.