“In my dreams and visions, I seemed to see a line, and on the other side of that line were green fields, and lovely flowers, and beautiful white ladies, who stretched out their arms to me over the line, but I couldn’t reach them no-how. I always fell before I got to the line.” -Harriet Tubman

One of the things we learn about the gravitational force is that it has an "infinite range" to it. Because it's a ~1/r^2 force, and because as you move radially away from the source, a sphere spreads out (in surface area) as ~r^2, you don't lose anything as you move farther and farther away. So long as you intercept the same angular size on the sky, you'll experience the same amount of force. 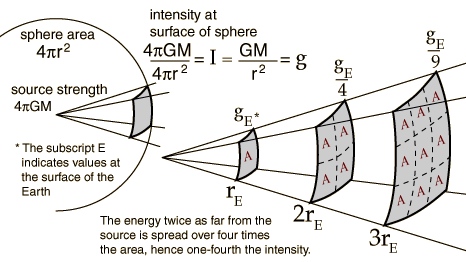 But you can't move arbitrarily far away from a source and still feel its gravitation! Despite being an infinite range force, our Universe has only been around a finite amount of time, and signals only propagate at a finite speed. So how do we reconcile these facts? 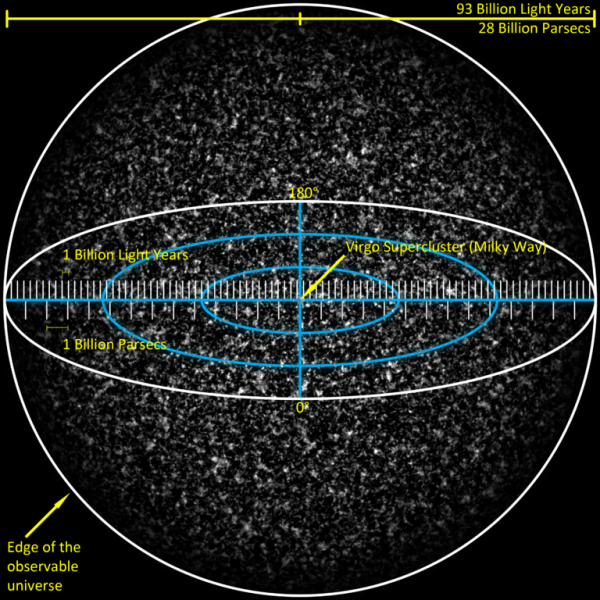 Come find out -- and see what would happen if signals propagated at infinite speed instead -- on this week's Ask Ethan!

The Dark Depths of the Universe

"By denying scientific principles, one can maintain any paradox." -Galileo Galilei Day and night. It seems like the simplest, most natural thing about our world, that the Sun illuminates one half of the Earth at a time. Image credit: Public Domain Image from Desktop Wallpaper HD. While the Earth…

Comments of the Week #35: A 2-week spectacular!

"It's a tad easier to be proud when you come in first than it is when you finish further back. But there's no reason to hide when you don't do as well as you'd hoped. You can't run away from your problems." -My Little Pony It's been two weeks since our last edition of Comments of the Week here on…

Ask Ethan #80: Can space expand faster than the speed of light? (Synopsis)

“If everything seems under control, you’re not going fast enough.” -Mario Andretti One of the toughest things to wrap your mind around in the natural world is the idea of special relativity: the faster you move, the closer you get to the speed of light, the more difficult it becomes to increase…

Comments of the Week #67: from Dark Matter to the Planets

“If somebody's going to pay money to come see you perform, then it should be something to see.” -Michael Trent The past two weeks at Starts With A Bang have been awesome for all we've covered, even with a (brief) vacation on my part thrown in there. (Don't worry, you'll get the best of it this…

If gravity is quantized would that put a limit on its effects at very large distances?

@david hurn #1: No, so long as the propagator is massless. Electromagnetism is quantized (see Planck's law and the photoelectric effect), but the quantum of EM, the photon, is massless. That is exactly equivalent to the classical 1/r^2 law.

If the graviton were massive, then it would have a shorter range: it would fall off exponentially with distance. In fact, the experiments being done at the University of Washington (and elsewhere), which look for deviations from 1/r^2 behavior, can be interpreted as setting limits on the mass of the graviton.

@Michael Kelsey #2: Thanks for your explanation and thanks to David Hurn for asking the question.

When massless photons arrive on a detector at a low rate, we know that they follow the Poisson distribution, which causes shot noise aka Poisson noise. Furthermore, electrons moving in a conductor, a semiconductor, and an electronic vacuum tube, all exhibit the same behaviour.

I think raindrops and much more massive objects (such as transportation disasters) also follow the Poisson distribution.

I'm intrigued to learn how we can discover whether or not gravity is quantized, and if it is, the limits on the mass of gravitons.

@Michael Kelsey #2:Thank you and Pete A for your reply.If the mass of the propagator were similar to that of a neutrino what limit would it put on its range.

David, the limit is precisely the same as the Heisenberg limit of time vs energy.

So therefore a massive particle will exist longest without disobeying physical laws if it's standing still.

That, of course, gives a zero range.

But a "practically zero" nonzero rest mass could be shown to have a range of the speed of light times the time it would last for if stationary.

I could look up the equations but I'm in the library!

@david hurn #4 (and Wow #5): For a massive propagator, what you want is the Yukawa potential (http://en.wikipedia.org/wiki/Yukawa_potential), which falls off exponentially with distance. The exponential scale factor goes like the mass of the particle, so the more massive, the shorter the range.

This was originally developed, in the 1950s, to explain nuclear binding (short range) as the exchange of pi mesons (massive) between nucleons.

Could that, if true, in any way be interpreted as 'light getting *tired*' instead of doppler-shifting red due to an expanding universe??

@Tim #7: Not even close. Finite range forces still conserve energy. Check out the quantum mechanics involved at the link I posted, along with references therein.

Yeah, so I only dabble in post-graduate works, Michael :-)

The derivation of that form is pretty much a rigorous (which some may have noted I don't really do well at) treatment of the process I described.

Thanks for the link. I'll likely be more interested in the development rather than the result, mind.I can *manage* the logic much better than the maths!

Oh, while I'm here, though many may have forgotten, there was a barney between myself and Michael on the nuclear forces and their limited range and the checking done offline indicates that I was getting my weak and strong nuclear force mediators mixed up.

However, Michael was incorrect in the power law drop off which applies to the electromagnetic forces between neutral atoms' shell electrons, which mediate only two force poles, rather than the three force poles (for nucleons). The force falls off faster in that case.

PS Still haven't managed to dredge anything up on the contraction of "extra dimensions" squeezing out energy and thereby possibly explaining expansion.

The best I can do on my own is a treatment that has two major problems:

1) it relies on a form of realisation of the universe based on energy density which has to be taken a priori. It has a result of creating a form of pressure to expand against and allows the solution to be made.
2) Bigger, the expansion would be accelerated by new space being created but that space would NOT be causally linked to all the space currently available, whereas normal inflation has them being at some time in the past in contact with each other.

If anyone knows a physics journal that produced hardbound book forms with dark navy blue covers sometime in the 1990's, I may be able to get further....

Thx, Michael Kelsey. Perhaps I've grown out of touch because of inadvertantly clicking too many 'Electric Universe' links off WhatReallyHappened -- That, or watching Brian Green on TV. :roll: