Weekend Diversion: Spock and the legacy of Star Trek (Synopsis)

“An ancestor of mine maintained that when you eliminate the impossible, whatever remains, however improbable, must be the truth.” -Mr. Spock, Star Trek

Sometimes the truth is hard to handle on its own, so we resort to fiction to make it a little easier to swallow. Have a listen to Summer Fiction’s song,

while you consider one of the greatest "fictions" we've ever told ourselves to do exactly that: Star Trek.

In many important ways, Star Trek was unlike any of the other science fiction stories to come before it, and the various television series that it spawned have helped us deal with a myriad of issues that seemed unapproachable directly. Yet for many years now, we've been without a Star Trek television series, and I think that's left a void that nothing else has quite stepped up to fill. 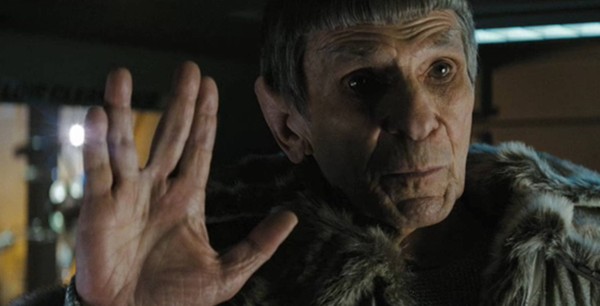 Whether you agree or not, I think you'll enjoy reading about Spock and the legacy of Star Trek, a perfect way to remember the legacy that Leonard Nimoy's inimitable alien character left for us all.

Comments of the Week #51: From the vacuum of space to the hierarchy problem

“Many have argued that a vacuum does not exist, others claim it exists only with difficulty in spite of the repugnance of nature; I know of no one who claims it easily exists without any resistance from nature." -Evangelista Torricelli The Universe is here, within us, out there in the great abyss…

Sad news: Leonard Nimoy, the sonorous, gaunt-faced actor who won a worshipful global following as Mr. Spock, the resolutely logical human-alien first officer of the Starship Enterprise in the television and movie juggernaut “Star Trek,” died on Friday morning at his home in the Bel Air section of…

One of the things that keeps me from throwing in the blogging towel in an era when climate change denial seems to be a prerequisite for membership in the party of Abraham Lincoln is the quality of the comments I get. The praise is nice, the thoughtful exploration of the ideas I introduce is better…

“The trees are man’s best friends; but man has treated them as his worst enemies. The history of our race may be said to be the history of warfare upon the tree world. But while man has seemed to be the victor, his victories have brought upon him inevitable disasters.” -Nathaniel Egleston When…

I loved one of his lines from Undiscovered Country... The Universe will unfold as it should. Logic is the beginning of wisdom, not the end.

I'm glad you brought up JJ Abrams. While I loved Fringe, he should have never been allowed to direct Star Trek. He even admitted that he never liked any of the series and that he tried desperately to make Star Trek for no Trek fans... hense his parallel time line and solar flares in every other screenshot... rubish.

I also agree with Sinisa and Ethan about the reboots. They are decent space opera but have none of the social commentary that made Roddenberry's Star Trek fairly unique and special.

“An ancestor of mine maintained that when you eliminate the impossible, whatever remains, however improbable, must be the truth.” -Mr. Spock, Star Trek

Do I remember wrong or this statement was originally written in a Sherlock Holmes' novel?

you are correct, of course. That was the whole point of the line... Spock giving homage to Sherlock.

p.s. hence Data as character replacement for Spock in Next Generation, and the whole sub-story of Data as Sherlock in holodeck.