“As a boy I believed I could make myself invisible. I’m not sure that I ever could, but I certainly had the ability to pass unnoticed.” -Terence Stamp

When you take a look at the stars visible in the night sky, you're only seeing a tiny fraction of what's actually present in our galaxy. Your intuition would tell you that you're probably seeing the closest stars to Earth, but that's only partially right.

Of the ten closest star systems in the night sky, only two of them are visible to the naked eye, and if we start to include brown dwarfs, the situation gets even muddier. Rather than fuse hydrogen into helium, brown dwarfs can only fuse whatever trace amounts of deuterium they're born with into heavier elements, and they're often so cool they're completely unseeable in the visible part of the spectrum. Recently, the WISE spacecraft detected a binary brown dwarf system just 6.5 light years from Earth -- the third closest star system of all -- but only the James Webb Space Telescope will determine once-and-for-all whether there's a brown dwarf closer to us than Proxima Centauri. 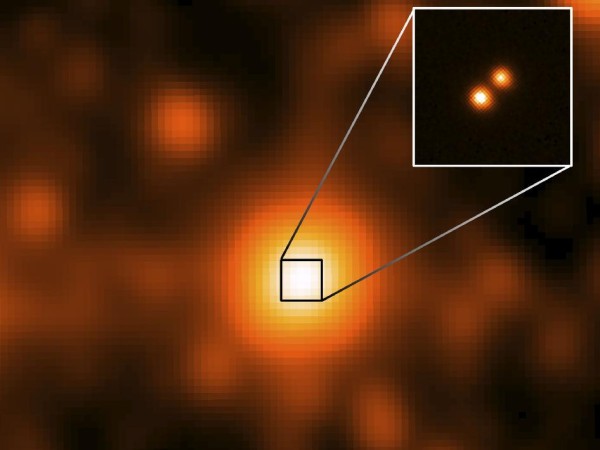 Does anyone make a "3-D sphere" that can be rotated to see the star positions from any angle? Or a 3-D stereo pair? Or a combination of the two, a rotatable 3-D display?

tell me that long linear feature is not a cooling starship exhaust trail, and what it might be instead?

It's not the cooling exhaust of starship, Hank, it's the tracks of Santa's sleigh.

How did WISE take care of "Nemesis"?
Are you saying that it has performed a full spherical survey of our stellar neighborhood?
What if this hypothetical object were moving, and not in some predictable orbit around the sun, way off the planetary orbital plane? (a spherical survey would have taken care of that)
What's the maximum speed a brown dwarf could move with in order to be detected by WISE and at what distance?
I can see the farther away the more difficult it would be due to decreasing luminosity, and so it would be if it were closer, due to the apparent distance it can cover in our field of view.

How does the sun heat the earth?

Photons leaving the sun hit the earth and are absorbed by the planet's constituent parts, some to be reflected, some to go into thermal motion of those constituents: heating the earth.