“The regional governors now have direct control over their territories. Fear will keep the local systems in line. Fear of this battle station.” -Grand Moff Tarkin

Sure, the Death Star was the most fearsome battle station in the Universe, for a time. Capable of destroying a planet with a single blast from its (certainly antimatter-based) super laser, it was the most powerful force of destruction, long ago, in a galaxy far, far away.

But what about when the war ended? Surely, as we all learned from the party on Endor, it was nothing but clear skies and friendship ahead. Have a listen to the David Grisman Quintet as they since about friendship in their song,

But what about the surplus parts? Steve Price has got it all figured out: they were taken over by the LEGO Friends Girls, and used to construct the opposite of the Death Star, The Friends Star! 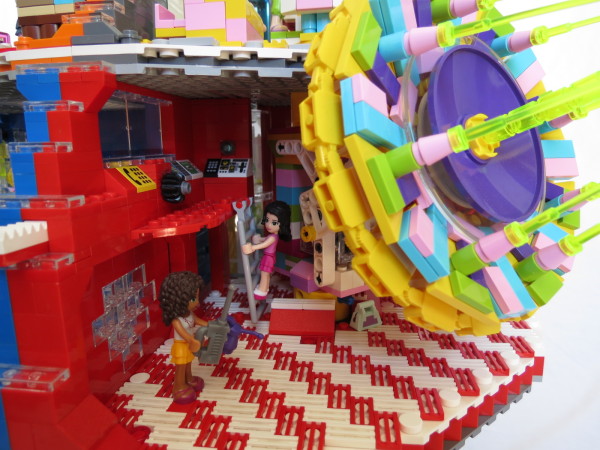 Image credit: Steve Price, of what he calls the “Love Ray Room, Spreading Love And Happiness Throughout The Universe”.

Go read, listen to, and view the whole, amazing thing!

This is the werdist thing i have ever seen, and im 11 so yea!

If your 11 Years old and using the word fuck in your name, that's one of the saddest things I have seen.

However, it may be evidence that Humans are Devolving...

Personally; I think seeing a grown person (presumably) calling an 11-year old, that hasn't said anything more offensive then commenting that this story is 'weird', 'evidence of devolution' is one the saddest things I have seen. But hey: at least you didn't use the word 'fuck'.