“These theories were based on the hypothesis that all the matter in the universe was created in one big bang at a particular time in the remote past.” -Fred Hoyle

It’s making headlines every time someone brings it up: a quantum calculation, a new theory or some mathematical evidence proves it once and for all: there was no Big Bang. 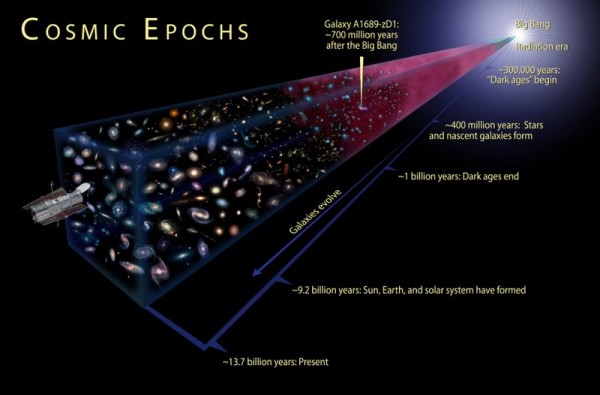 Is that even possible? Honestly, it depends on which definition of the Big Bang you’re using. As it turns out, there are two of them, and there’s a good (historical) reason for that. But in the context of what we know today, one of them isn’t a good definition anymore, and hasn’t been for decades. 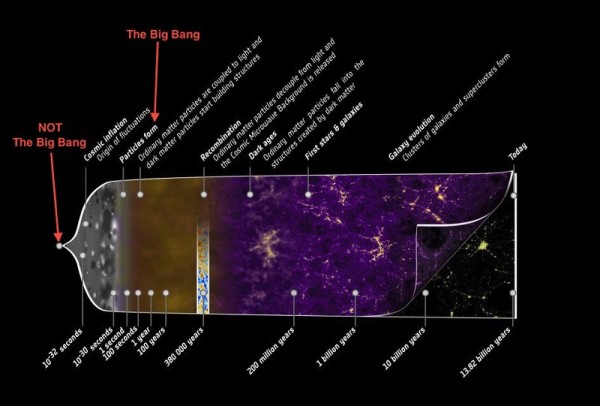 Come find out what this all means, and whether it’s possible that the Big Bang never happened. (Hint: it did!)

“These theories were based on the hypothesis that all the matter in the universe was created in one big bang at a particular time in the remote past.” -Fred Hoyle It's making headlines everywhere we go: the recent paper stating that quantum equations prove that there is no Big Bang. Image credit:…

The Big Bang Wasn't The Beginning, After All

"Despite its name, the big bang theory is not really a theory of a bang at all. It is really only a theory of the aftermath of a bang." -Alan Guth Did the Universe begin with the Big Bang? When we discovered the cosmic microwave background, and its properties matched exactly the prediction of the…

Is the inflationary Universe a scientific theory? Not anymore

"I know of no other scientist, no other theoretical physicist alive who has a clearer focus on whether our theories and ideas are relevant to the real world. And that's always what he's after." -Neil Turok, on Paul Steinhardt The inflationary Universe is one of the most revolutionary new ways of…

The Greatest Cosmic Puzzle: Astronomers Find Stars That Appear Older Than The Universe

"The older you get, the more you realize that the way you look is a reflection of how you treat yourself." -Hope Davis Age may be just a number, but in cosmic terms, there are some rules it’s pretty important to obey. It should be impossible to have a complex creature that’s older than the planets…
Advertisment