How Global Warming Will Someday End Life On Earth (Synopsis)

"We have known since the 1800s that carbon dioxide traps heat in the atmosphere. The right amount keeps the climate conducive to human life." -James Hansen

Thanks to our position in space, the energy output of the Sun, and the right atmospheric conditions on Earth, we have temperatures conducive to liquid water on our planet. Over the past 4.5 billion years, that's led to the flourishing and evolving of life, with our present existence marking something unlike anything else our planet's ever seen. 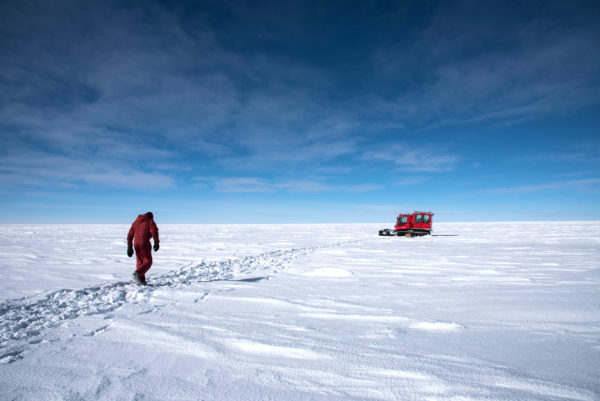 The very cold, polar regions of the Earth have a mean temperature far below the rest of the planet. Image credit: ESA/IPEV/PNRA–B. Healey, via http://www.esa.int/spaceinimages/Images/2015/03/White_space.

But it's only a precarious set of circumstances that allowed it to be this way right now, and it won't stay this way for long. The Sun is gradually warming, and has been its entire life. In another 1 or 2 billion years, it will increase its luminosity by so much that the oceans will boil, ending life-as-we-know-it on our world. We might be able to escape to other planets or star systems by then, but that doesn't change the fact that global warming will eventually, if slowly, bring this all to an end. 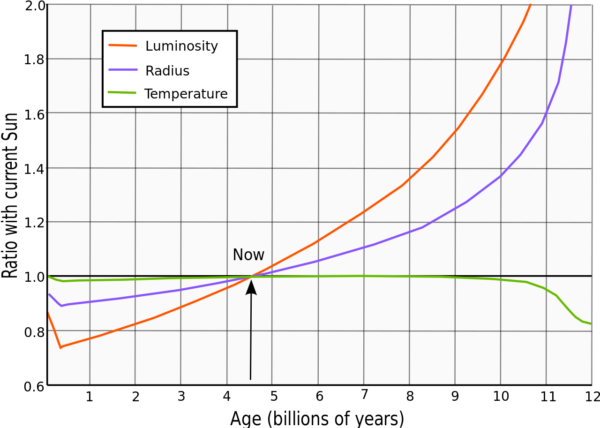 The evolution of some of the Sun’s properties over time. Luminosity is what impacts the temperature here on Earth. Image credit: Wikimedia Commons user RJHall, based on Ribas, Ignasi (2010), “The Sun and stars as the primary energy input in planetary atmospheres”.

Come get the full story (while I'm on vacation) over on Forbes today!

Now that's a "Global Warming " story I can appreciate.
Thanks Ethan :)

This brings up a question I've always been curious about.

“The Sun is gradually warming… In another 1 or 2 billion years, it will increase its luminosity by so much that the oceans will boil, ending life-as-we-know-it on our world.”

No disrespect, Ethan, but this sounds like a job for Superman, or Greg Laden.

No disrespect [heh], Ethan, but this sounds like a job for Superman, or Greg Laden.

Leaving aside the issue of your undocumented claim of having been banned by Greg Laden (as opposed to Jason Rosenhouse, who actually gave you two chances), you seem to be really thick when it comes to the subject of not augering the time of the Second Coming.

Nothing can go wrong, so why do you even bother crying for attention?

I think that Climate Change is a normal and natural event as every Earth Year Climate differs from the previous year, at no time has two years has the climate been identical.
Another problem with the science in regard to the Planet Earth is that the old theory of the Steady State Universe still applies to the Earth. We have this Newtonian idea that the Continents are clockwork [for example] and grind along like the hands of clocks for billions of years on tectonic plates. So we need to graduate from the astounding technology of clockwork Newtonianism. Perhaps the scientists who know less than laymen about the Earth's Climate could vote again to set in concrete the next dogma of science for the next 100 years.

@2 - I suspect that the devil is in the mathematical details. For example, if you do GMm/r^2 for the two systems you find that the force of gravity between Earth and Sun is about 180x as strong as the force of gravity between Earth and Moon. Does that explain why, all else being equal, our planet's spiraling out is slower than the moon's? Probably not on its own - there is no reason to think that 'all else being equal' is true. My point is that you probably have to work out the math to get an answer to your 'why' question. Sometimes qualitative descriptions of contributing factors only get you so far in terms of a system, and you need actual quantities to see 'which way it will jump' in reality.

sn has never provided proof of anything (especially clear thought, honesty, or integrity), so the chance of evidence in support of his claim about the "banning" is slim (not, however, 0).

Remember that he had a habit of posting at Greg's with numerous links to propaganda, anti-science, and outright racist web sites. His posts were typically held in moderation, and often the links were removed (per greg's policy and repeated advisements to him), whereupon sn would throw the equivalent of a hissy-fit from a spoiled 3 year old. I think sn just got tired of that game since he wasn't getting the respect he thought he deserved.

Vic Newman in WA, it's great to hear your opinion on these complex issues. Thanks!

Another way for life to die, -or at least gradually become less and less lush, is to be starved of CO2. The earth has a rough thermostat, caused by the temperature dependence of silicate weathering. Silicates absorb CO2 (and water) to become carbonates and quartz, and as the planet heats up the rate of this weathering increases. So there is a rough equilibrium reached. As the sun grows in luminosity the equilibrium CO2 level (which maintains a decent surface temperature), drops. Eventually there isn't enough CO2 for plants. So the planet has two potential futures, CO2 starvation, or runaway greenhouse. The later occurs because water vapor is a greenhouse gas, and at some point a runaway process begins whereby higher surface temp leads to more water vapor, leads to higher temps. So the planets temp may stay low enough that there are still islands of life, until the tipping point into the runaway regime happens, then it rapidly becomes a hot steam world.

There is a new force at work - tool using sentience.
It remains to be seen how strong this force is over time, but almost any outcome is within the current error bars.

"Another way for life to die, -or at least gradually become less and less lush, is to be starved of CO2."

Or Silicon. Or Oxygen. Or Magnesium. Or...

Plants produce it. It's unlikely to remove itself unless life has already gone.

So is death. And murder.

Does this mean we must forget about laws against murder, rape, theft, and so on?

Finally a good article about the earth's climate. Well done.

I've seen other estimates in the range of 5 billion years.

Is either of those the current scientific canon?, or does anyone here have a pointer to where I can find a canonical estimate?

Also, clearly there will come a point between now and "hot steam world" where technologically complex civilization becomes untenable. And there will come a further point at which complex life itself (human or whatever we evolve into) becomes untenable. What fractions of the time between now and "hot steam world" represent those two points?

The relevance of this is, the closest of those limits is the outer limit of time we have, to establish a viable interstellar civilization in which at least two other inhabited planets have developed to the point where they can build their own interstellar ark ships. Once we reach that point, we can keep spreading across the galaxy and persist until the end of the last usable star.

The 5 billion year estimate is an older one. Most of the more recent models put it at 1-2 billion years. Here's one published 30 months ago sitting right in the middle at 1.5 billion years:

That is a long time and there will be no humans. At least not as we recognize humans. To give you an idea of how long that is in evolutionary terms, 600 million years ago nothing on this planet had a backbone or eyes. If our intelligence continues on in whatever form from here to there, it won't be any problem getting off this rock well in advance of the Great Sol Cook off.