"Until the 1990s, there were few reliable observations about movement at the scale of the entire universe, which is the only scale dark energy effects. So dark energy could not be seen until we could measure things very, very far away." -Adam Riess 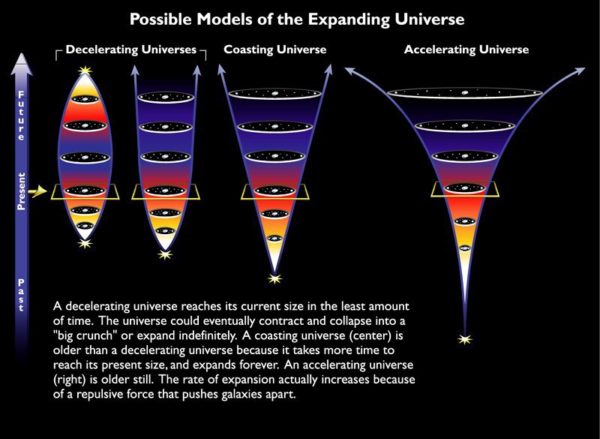 Since the Hubble space telescope was launched in 1990, those questions have been definitively answered, with a 13.8 billion year old Universe composed mostly of dark energy, with an expansion rate of around 70 km/s/Mpc. But recent measurements from one method give a value of 73 km/s/Mpc, while other method give 67-68 km/s/Mpc, each with an uncertainty of just 1 or 2. Could this tension lead to a catastrophe? 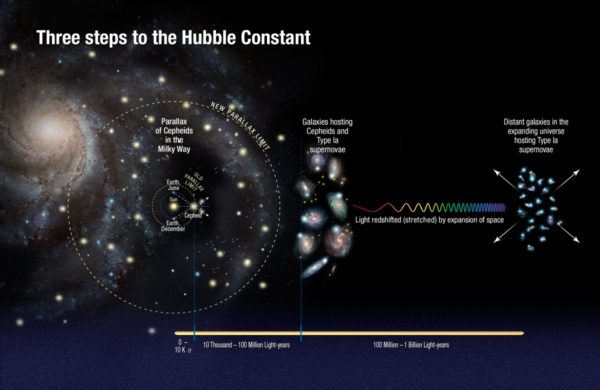 A diagram of the cosmic distance ladder. Credits: NASA, ESA, A. Feild (STScI), and A. Riess (STScI/JHU).

Find out the answer on this week’s Ask Ethan!

It doesn't seem to be linked correctly. The Forbes article is here: