"Black holes can bang against space-time as mallets on a drum and have a very characteristic song." -Janna Levin

If you had told an astrophysicist five years ago that binary black holes were common, that would’ve been news, but not surprising. If you had told them that ~30 solar masses was a good estimate for each one of their masses, though, you might have had to pick their jaws up off the floor. Yet LIGO’s very first detection showed us exactly that, much to the surprise of many. 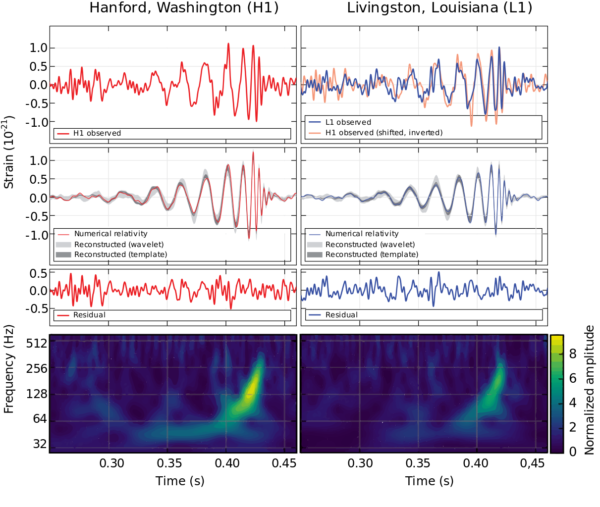 So how did these black holes come to be? After much numerical study, it appears that young, metal-poor stars about 40-100 solar masses each conspired to create these binary black hole pairs, with only one of the members resulting in a supernova. The rest is cosmic history. 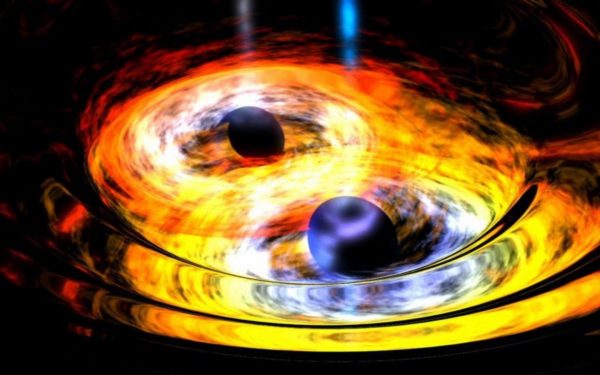 Come see what the latest results indicate, and what it means for future black hole detection prospects over on Forbes today!

Gravitational waves: from discovery of the year to science of the century (Synopsis)

"It's the first time the universe has spoken to us through gravitational waves, up to now we've been deaf to them." -Dave Reitze No doubt about it: the greatest science advance of 2016 was the end of the century-long wait for the first direct detection of gravitational waves. Not only were we able…

"The black holes collide in complete darkness. None of the energy exploding from the collision comes out as light. No telescope will ever see the event." -Janna Levin Whenever there’s a catastrophic, cataclysmic event in space, there’s almost always a tremendous release of energy that accompanies…

There is sound in space, thanks to gravitational waves (Synopsis)

"We have never observed infinity in nature. Whenever you have infinities in a theory, that's where the theory fails as a description of nature. And if space was born in the Big Bang, yet is infinite now, we are forced to believe that it's instantaneously, infinitely big. It seems absurd." -Janna…

The Nobel Doesn’t Mean Gravitational Wave Astronomy Is Over; It’s Just Getting Good

In this close supermassive binary scenario, the heavier star (A)
goes SN, and then strips the outer layers off the companion B. Now supposedly B collapses more or less directly into a BH. Which one ends up as the heavier BH? A because it was more massive, or B because the collapse is more efficient?

In this close supermassive binary scenario, the heavier star (A) goes SN....

With the caveat that the Forbes blockade is so broken that I can't pass Go regardless, no, if the subject is this, there are no SNe involved. (I also wouldn't call that a "discovery," but like I said, I can't see the original.)

I think Ethan's headline is a bit misleading. Most people would understand "origin" as meaning "point in space", or at least "direction".
What he has claimed as "origin", is in fact a theoretical discussion of the sort of object which could have produced the waves.
Please don't associate me with you know who...I'm just suggesting there should be strict objectivity in discussing these things..