"All the atoms of our bodies will be blown into space in the disintegration of the solar system, to live on forever as mass or energy." -Carolyn Porco

Launched in 1997, NASA’s Cassini spacecraft has shed unprecedented views on our Solar System’s majestic, ringed world. From the discovery of new, outer rings to infrared hazes beneath its clouds to surprising storms, the nature of its rings and structure atop Saturn’s north pole, Cassini has delivered beyond any reasonable expectations. 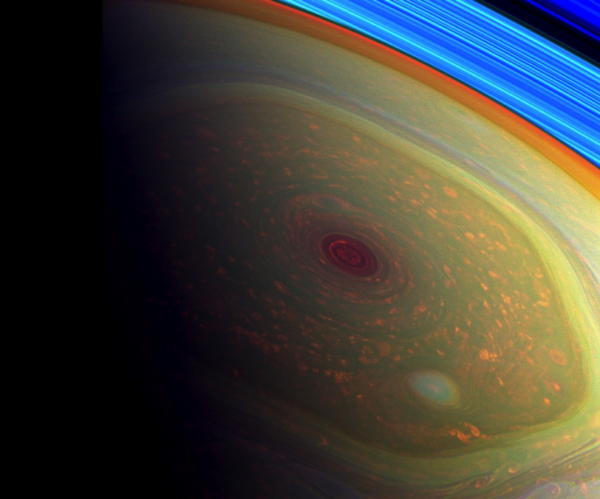 A false-color image highlighting Saturn’s hurricane over its north pole, inside the much larger hexagon-shaped feature. Image credit: NASA/JPL-Caltech/SSI.

But even more surprising, perhaps, was the huge amount of information we discovered about the Saturnian moons, including the active liquid methane on Titan’s surface, the origin of Iapetus’ two-toned nature, the capture Kuiper Belt-object status of Phoebe, and the subsurface ocean, erupting in spectacular geysers, on Enceladus. 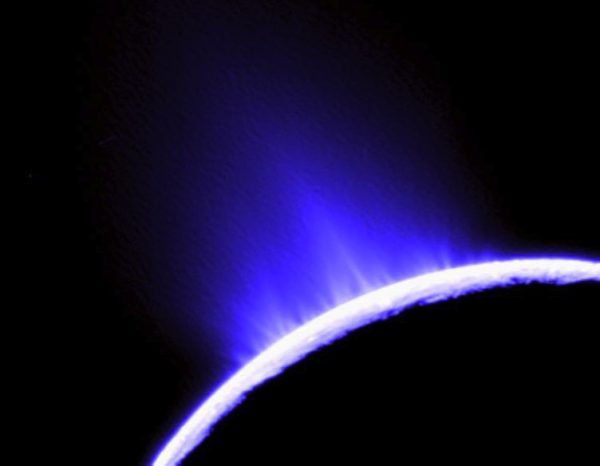 This is a false-color image of jets (blue areas) in the southern hemisphere of Enceladus taken with the Cassini spacecraft narrow-angle camera on Nov. 27, 2005. Image credit: NASA/JPL/Space Science Institute.

Due to these worlds’ potential for life, Cassini will de-orbit into Saturn’s atmosphere in 2017, to avoid contamination. Go get the whole story today!

Just a little nitpick. "Waterfalls" on Titan? Shouldn't those rather be "methanefalls", since they aren't you know, water?

The story didn't talk about the "contamination" that the lead-in link highlights. I guess we're supposed to know that NASA thinks Cassini would harm life on one of these moons?

Hi. That image of the mini moon in the rings, it's so cool! Is there video of it too? Do you know the period of the waves in the rings next to it?