Ask Ethan: How many stars in the night sky still exist? (Synopsis)

"I saw a star explode and send out the building blocks of the Universe. Other stars, other planets and eventually other life. A supernova! Creation itself! I was there. I wanted to see it and be part of the moment. And you know how I perceived one of the most glorious events in the universe? With these ridiculous gelatinous orbs in my skull!" -Ronald D. Moore, Battlestar Galactica

When we look out at the night sky, we aren’t seeing the Universe everywhere as it is exactly at this moment, but rather as it was some time ago. Because the speed of light is finite and the stars are many light years away, we’re seeing them as they were a long time ago in the past. Is it possible that some of the stars we’re seeing have already burned out, and that their light has stopped shining? 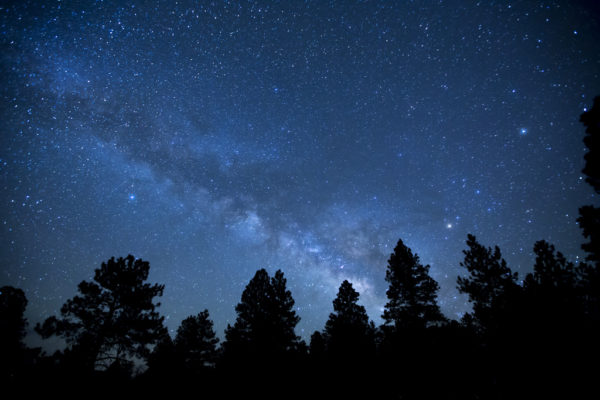 The night sky as seen from the California Coastal National Monument, similar to what human eyes could ideally see. Image credit: Bureau of Land Management, under a cc-by-2.0 license.

To answer that, there’s some astrophysics we need to look into. How long do these stars live? How many of them can we see? And which ones are the ones that “die” on timescales that are meaningful for what we’re seeking? 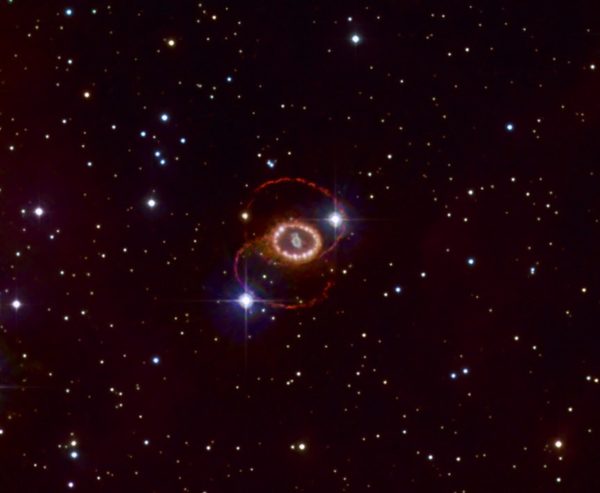 The remnant of supernova 1987a, located in the Large Magellanic Cloud some 165,000 light years away. Image credit: Noel Carboni & the ESA/ESO/NASA Photoshop FITS Liberator.

The answer is, of course, “most of them,” but is that all of them? Find out on this week’s Ask Ethan!

"Delay is the deadliest form of denial." -C. Northcote Parkinson Every massless particle and wave travels at the speed of light when it moves through a vacuum. Over a distance of 130 million light years, the gamma rays and gravitational waves emitted by merging neutron stars arrived offset by a…

Comments of the Week #132: from dark comets to alien searches

"Ships that could circumnavigate the galaxy in a few years, and count every cell in your body from light-years off, but he wasn't able to go back one miserable day and alter one tiny, stupid, idiotic, shameful decision..." -Iain Banks And while we can't travel back in time at all to change the…

"And now here is my secret, a very simple secret; it is only with the heart that one can see rightly, what is essential is invisible to the eye." -Antoine de Saint-Exupery The great nebular structures stretching across our galaxy are evidence of the birth and deaths of stars, or so I -- an…

"Nothing leads the scientist so astray as a premature truth." -Jean Rostand One of the most awesome events, literally, that happens in this Universe is when stars -- giant nuclear furnaces like our Sun -- die in the most energetic way possible: a supernova. Video credit: Max-Planck-Institut für…

“And you know how I perceived one of the most *glorious* events in the universe? With these *ridiculous* gelatinous orbs in my skull!”

Spoken as an honest, transparent evolutionist.

But if he were to think just a little harder, he’d realize that his thinking is also ridiculous, including his assessment of what is “glorious.”

How does a random, non-rational process (i.e. evolution) produce a non-random thing called rationality?
How would a non-rational being determine that it is now, by some unseen/unknown mutation, rational?