How physics falls apart if the EMdrive works (Synopsis)

So it’s official: the NASA Eagleworks test of the EMdrive, an engine that claims to produce thrust with no reaction to correspond to its action, has passed peer review and is now published. If there’s truly no reaction at all, then a slew of laws of physics are violated, and our fundamental foundations of what we understand about the Universe are undercut. 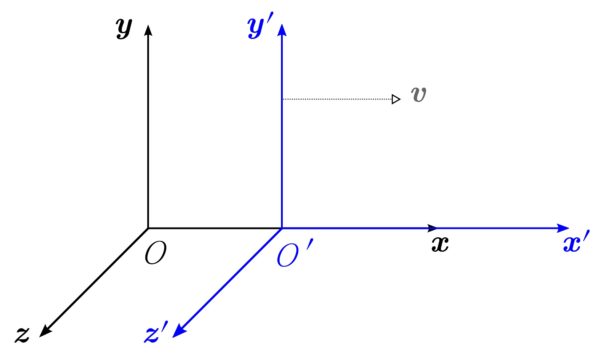 Different frames of reference, including different positions and motions, would see different laws of physics if the conservation of momentum is invalid. Image credit: Wikimedia Commons user Krea under c.c.a.-s.a.-3.0.

It’s potentially the biggest discovery in physics since Newton came along. But it’s also potentially no different than the faster-than-light neutrinos, the BICEP2 results, the new particle at 750 GeV at the LHC or other spurious results that turned out to have legitimate experimental causes that weren’t new physics. 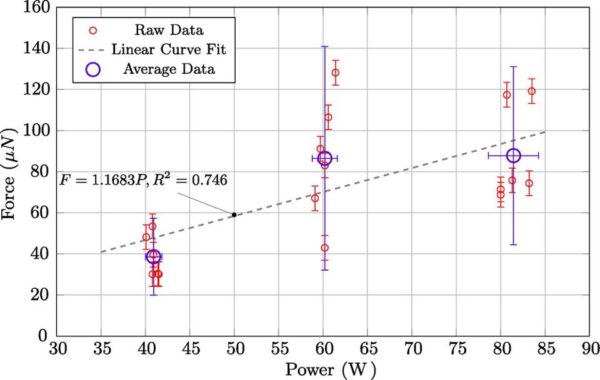 This sure does look like a real effect, but is it really due to a reactionless engine? Image credit: H. White et al., "Measurement of Impulsive Thrust from a Closed Radio-Frequency Cavity in Vacuum", AIAA 2016.

Still, it could be the case that the experiments are right and that there is new physics, and that’s why we do the science in the first place.

"All of the books in the world contain no more information than is broadcast as video in a single large American city in a single year. Not all bits have equal value." -Carl Sagan For every action, there’s an equal and opposite reaction. While Newton may not be the final word in mechanics anymore…

Comments of the Week #137: from quantum entanglement to string theory's basics

“A thing may be of deeper impossibility than another, in the sense that you can be more deeply underwater--but whether you are five feet or five fathoms from the surface you are still all wet.” -Brian McGreevy With everything going on in the world, it's always a wonderful reminder that here at …

Could dark matter be powering the EMdrive? (Synopsis)

"...axions are potentially detectable through their weak coupling to electromagnetism..." -Aaron Chou We know, from hundreds of years of experience with the laws of physics, that momentum is strictly conserved, and therefore a reactionless drive is impossible. What's not impossible is an engine…

Comments of the Week #138: from the time dimension to going beyond the Standard Model

“A thing may be of deeper impossibility than another, in the sense that you can be more deeply underwater–but whether you are five feet or five fathoms from the surface you are still all wet.” -Brian McGreevy It's been a spectacular week of investigating the Universe and our knowledge about it here…

It does? To my eyes, it looks like it's totally contingent on the 40 W point, with no real change between 60 and 80 W.

Ya load 16 gigawatts, and what d'ya get,
1 microNewton is the best you done yet,
St. Peter, don't ya call me, 'cause I can't go,
I owe my soul to the EMdrive set.

Not that I could imagine how this drive could do it, while nothing else does, but what if it was interacting with dark matter, i.e. it
is accelerating DM particles, and then momentum is conserved, its just that since we can't otherwise interact DM so we can't measure the change in momentum for DM.

If Dark Matter interacted with photons, we would have 'seen' it by now.

Omega Centauri might be on to something though... Apparently it is supposed to be possible to convert photons to axions. Photons in the emdrive might be converted into axions, which become the reaction mass as they accelerate out the other end.

I know, wild shot into the dark sector.

I believe that steps are understatements to test this also in space. If it really works, then it should be easier to keep lower orbit satellites in space. Also it is possible to give space crafts a phenomenal speed using a nuclear or LENR energy source. This gives us new horizons!

The EM Drive is a metal object with a current running through it. The photographs show it in a chamber that has metal in it.
That strikes me as a highly likely explanation.

I believe that steps are understatements to test this also in space. If it really works, then it should be easier to keep lower orbit satellites in space. Also it is possible to give space crafts a phenomenal speed using a nuclear or LENR energy source. This gives us new horizons!

The last time this came up I did a back of the envelope calculation of thrust. Hooking a state of the art small nuclear reactor (from a military sub) to one of these machines would produce enough thrust for the engine to reach LEO in....100 years. The force produced is incredibly small. So maybe this in an option for a deep space/interstellar drive, but not much else. Try and launch it from Cape Canaveral, and a strong wind will blow it into the ground before it even gets over your head.

I think this is a kind of new physics, like anomalous heat from hydrogen loaded Rayney Nickel and The Naudts paper suggesting "relativistic hydrpgen" in a stationary mass of said Rayney nickel on a benchtop, even casimir effect is IMHO also relativistic but all due to suppression instead of near C displacement which changes our prospective from normal slowing of decay rates and contraction only in direction of displacement to instead accelerating decay rates/ reactions and symmetrical contraction to all 3 spatial axii.

Sleep well- the law of the conservation of momentum is the true and will remain forever. People, who claim that they can evolve an engine, which brakes this law, should be tied up to their engines and thrown down from the hi enough roof. We'll see, if they fly.

Hmm, 1600 watts coolant power, 40 watts constant drive power for main thruster, ancillaries using power; must be some very large solar panels on board to supply all that energy.
I can just hear Capt. Piccard saying "warp 0.00025, make it so"