One of the biggest puzzles in science is exactly how the Universe became transparent to visible light. Neutral atoms -- cosmic dust -- blocks visible light, and yet before there were stars, that’s all we had. According to theory, it should be large numbers of small, faint, ultra-distant galaxies that made it transparent, but they’ve never been seen. 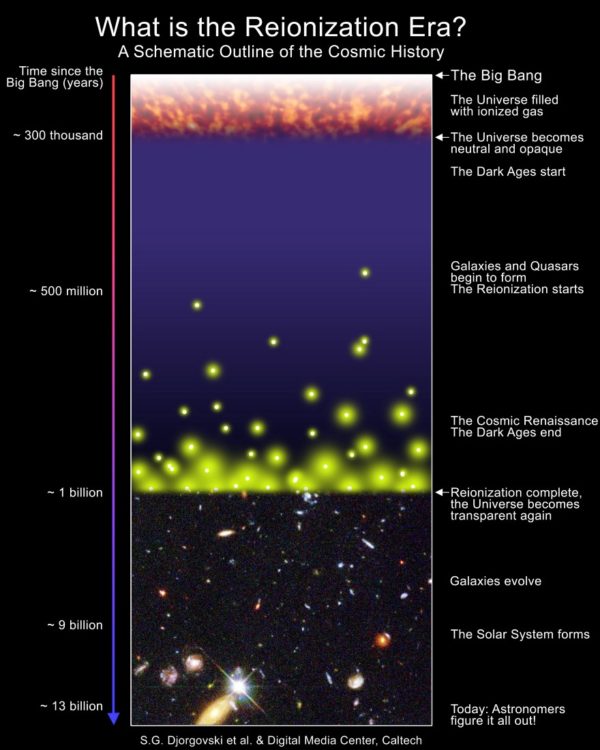 The reionization and star-formation history of our Universe, where reionization was driven by these faint, early but theoretically numerous galaxies. At last, thanks to Livermore's work, we're discovering them. Image credit: NASA / S.G. Djorgovski & Digital Media Center / Caltech.

However, thanks to the combined power of the Hubble Space Telescope, gravitational lensing and a new foreground light-removal technique, galaxies 100 times fainter thank the ones visible in the Hubble eXtreme Deep Field -- the longest-exposure image ever -- have now been revealed. These galaxies, seen in two Frontier Fields’ clusters so far, are the ‘missing link’ needed to explain reionization. 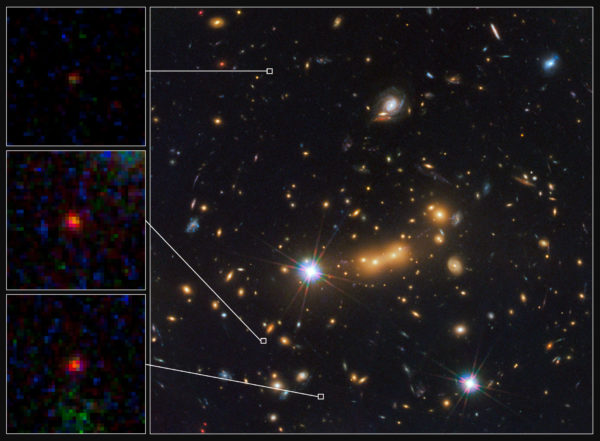 The ultra-distant, lensed galaxy candidate, MACS0647-JD, appears magnified and in three disparate locations thanks to the incredible gravity of the gravitational lens of the foreground cluster, MACS J0647. Image credit: NASA, ESA, M. Postman and D. Coe (STScI), and the CLASH Team.

Come get the full, stunning story in visuals and no more than 200 words on today’s Mostly Mute Monday!

I somehow feel JWST is going to show us more of the same, younger galactic configurations. Eventually, we will have to learn what will be needed to view beyond the first moments of starlight.

Tease! I thought you were actually going to explain reionization (i.e. the theories and observations that came out of the technique) Oh well, maybe another post.