After 50 Years Of Missions, We're Finally Ready To Know: Is There Life On Mars? (Synopsis)

"They say once you grow crops somewhere, you have officially 'colonized' it. So technically, I colonized Mars. In your face, Neil Armstrong!" -Andy Weir

In the early 1960s, humanity began launching spacecraft to Mars, hoping to find out what the red planet was truly like. While early images revealed a heavily cratered surface, similar to that of the Moon, that turned out to be reflective of only a portion of the surface. Mars contains dust storms, basins, extinct volcanoes and the largest chasm of any planet in the Solar System. 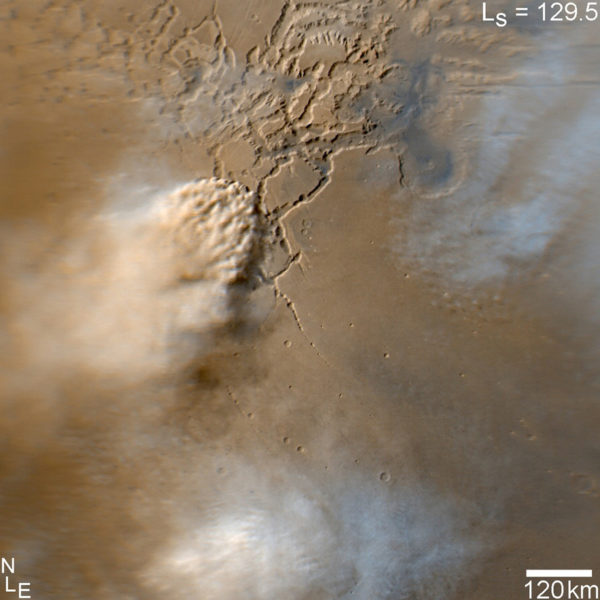 A dust storm on Mars, a common occurrence during the Martian summers. These storms were first discovered by the Mariner 9 mission in 1971. Image credit: NASA/JPL-Caltech/MSSS, from Mars Reconnaissance Orbiter.

Since landing on Mars, we’ve now discovered intricate surface features, including evidence for frozen water, atmospheric water vapor, and even flowing, briny surface water in places. Where there’s water and the right organic ingredients, there should be life, right? After half a century of inconclusive results, ESA’s ExoMars Rover and NASA's Mars 2020 may finally have the right stuff to find out for sure! 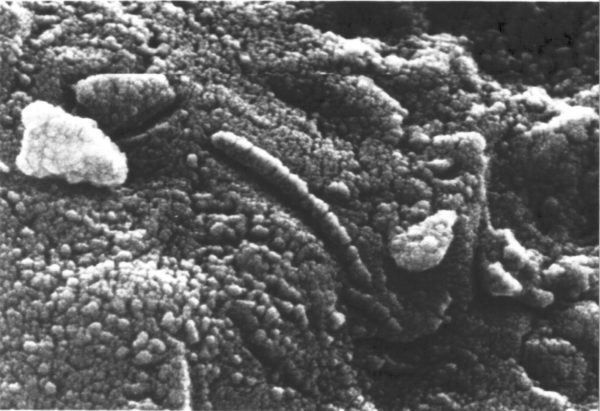 Relic microbes revealed by a scanning electron microscope in the ALH84001 meteorite, which originated on Mars. It is unknown whether the microbes are of Martian origin or not. Image credit: NASA, 1996.

The evidence is circumstantial but suggestive, and after a generation of not knowing, the long-awaited answer may finally be at hand.

Life has successfully infested every single cubic micrometer of our planet from the high atmosphere to miles under the surface. From the hottest and most toxic subterranean vents to the coldest, driest places on Earth. Strike an axe into the antarctic ice, you get mircroorganisms. Dig a four mile well, you get microorganisms. Send a plane up 35,000 feet and sample the air, you get microorganisms. Mars' loss of atmosphere, loss of magnetic field, oceans, change to temperature, etc.... occurred billions of years ago. IMO if some microorganism survived those disasters I think evolution over the intervening billions of years would've allowed adaptation to the conditions above, on, or near the surface, and we'd have easily found evidence of it .

So I'm guessing that in the case of Mars, absence of current evidence is evidence of current absence. But life on Mars billions of years ago, that left microscopic trace signatures? Sure, entirely within the realm of the possible...and worth looking for.

Considering how violent our solar systems past was, why would it shock anyone if microscopic organisms were dispersed or cross pollinated across the solar system in various meteorite and asteroid collisions?
I'd also wager that every probe we've sent to Mars carried some small trace amount of microbial life (contamination) on it, so what is discovered could be ( or at least in part ) what we tracked into the Martian environment ourselves on our robot probes.
.
The best place to look for life on Mars, if there is any similarity to life on our own world (as eric indicated), would be deep underground where it could be argued it had remained undisturbed and protected for quite some time and would more likely be a biological time capsule from a much earlier and warmer Mars when tectonics and subduction (as well as liquid water) may have been active processes during epochs that could have supported potential life, less likely a chance of detecting far more recent terrestrial biological contamination that way as well.
.
The most interesting form of microscopic life that could be detected would be one which had a genetic heritage perhaps older than any on earth, indicating earth might have been 'pollinated' by meteorite collisions on Mars initially, and not the other way around, or perhaps something indicating a common root on both worlds from yet another source, therefore moving the origin of what we call life to a pre-earth time table which could be potentially billions of years older than our planet.

I would caution against counting on the ExoMars Rover. So far no one but NASA has landed a functional piece of hardware on Mars. Others have tried and all have failed. Specifically the ESA has tried and never been successful. The most recent was the Schiaparelli lander late last year which was supposed to test the landing method to be used for the ExoMars Rover. It didn't work.

Maybe this time will be the charm. Good luck ESA.

My mother took great pride in the fact she worked on parts of the Viking lander project at TRW back in the 70's. Some rather remarkable engineering and programming went into their design.