Science knows if a nation is testing nuclear bombs (Synopsis)

"North Korea has taught a great lesson to all the countries in the world, especially the rogue countries of dictatorships or whatever: if you don't want to be invaded by America, get some nuclear weapons." -Michael Moore

Last year, North Korea claimed to have obtained the technology to create a nuclear fusion bomb: the most destructive weapon humanity has ever engineered. This year, they’re threatening to use them, against either South Korea or the United States, depending on the moment in question. Yet these grandiose claims are questionable, and not merely because of the questionable source. From a scientific perspective, we know that North Korea hasn’t demonstrated the capability of doing so. 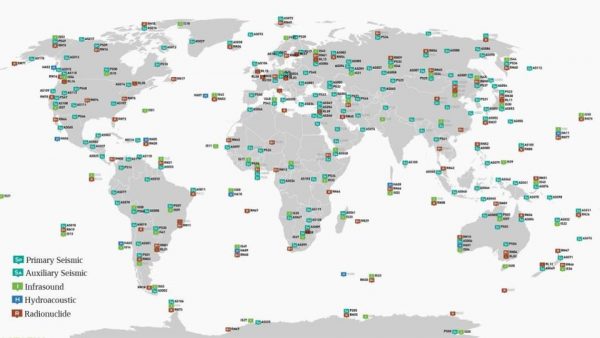 International nuclear test monitoring system, showcasing the five major types of test and the locations of each station. All told, there are 337 active stations at present. Credit: CTBTO.

When a nuclear device goes off, even underground, it creates a particular pattern of seismic waves that can be picked up by detectors worldwide. Different from earthquakes, it tells us the bomb’s origin, three-dimensional location on Earth, and its magnitude. North Korea has detonated weapons recently: in 2006, 2013, and just last year. Yet, despite their claims, all the bombs were fission bombs, without a fusion stage. 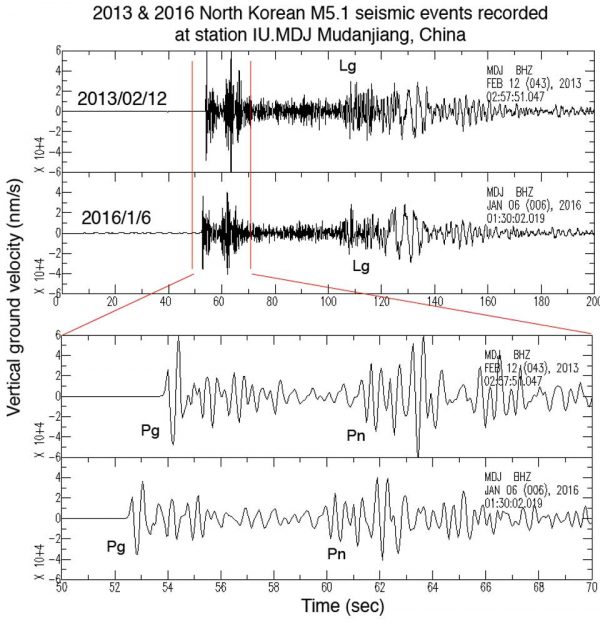 The similarity between known nuclear fission tests and a suspected fission test is unmistakable. Despite what claims are made, the evidence reveals the true nature of these devices. Note that the Pn and Pg labels are backwards, details that perhaps only a geophysicist would notice. Credit: Alex Hutko on Twitter, via https://twitter.com/alexanderhutko/status/684588344018206720/photo/1.

Come see how science knows what the nuclear capabilities of North Korea are, even if the supreme leader says otherwise!

Is nuclear energy the last barrier where mass can be turned into energy, no sub-atomic conversion to worry about, anyone have a crystal ball to foresee 'the future'?

Nuclear burst modeling and analysis of gathered intelligence of nuclear testing is what my parents did for a living during the eighties. The 'big idea' has been to go for more computer modeled/simulated nuclear explosions to develop warhead technology which doesn't reveal design capabilities or warhead megatonnage to your opponents through seismic activity or easily detected radiation spikes, and is far cheaper and vastly safer. You can also do a great deal more types of simulated testing against moving or hardened targets more quickly since material resources are no longer a limiting factor.
.

Just thinking aloud: what if NK tested a fusion design with just the fissile stuff in it? Using lithium hydride instead of lithium deuteride? If the fission goes off with the gain calculated before (and present computing power is much more than in the early fifties), they could be sure it will work much better with the real stuff in it...