"The physicist is like someone who’s watching people playing chess and, after watching a few games, he may have worked out what the moves in the game are. But understanding the rules is just a trivial preliminary on the long route from being a novice to being a grand master. So even if we understand all the laws of physics, then exploring their consequences in the everyday world where complex structures can exist is a far more daunting task, and that’s an inexhaustible one I'm sure." -Martin Rees

It’s all too easy to take a look at a prediction that’s about something yet unproven and dismiss it as mere speculation. But in science, it’s the ability to predict the unknown accurately that’s at the core of what it means to have a successful scientific theory. Our best theoretical frameworks, laws, and models enable us to not only predict what should happen in familiar circumstances, but in unfamiliar ones as well. When we first looked into the distant Universe, at a patch of pure darkness, many were uncertain of whether we’d find anything at all. 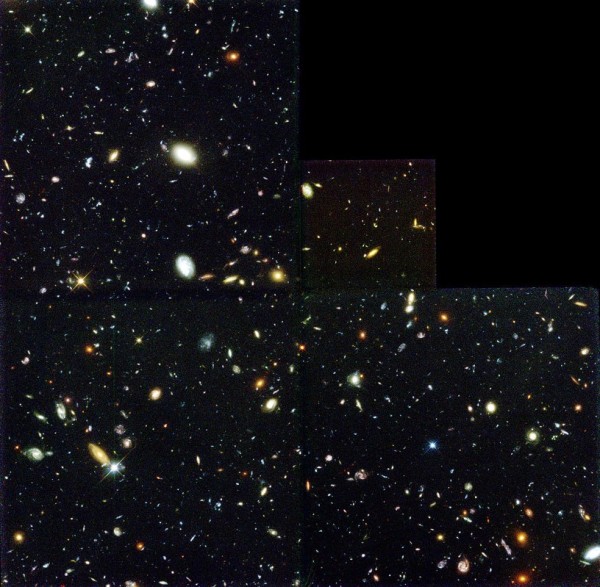 When we were rewarded with thousands of galaxies in the Hubble Deep Field, it was no surprise; it was a consequence of well-established theories like the Big Bang and General Relativity. Signals from merging black holes, the discovery of the Higgs boson, and many other instances across many scientific fields validate this approach. And when a theoretical model makes failed predictions, that doesn’t necessarily mean the theory is a failure, but rather that there’s another important contributing factor to include in the future. 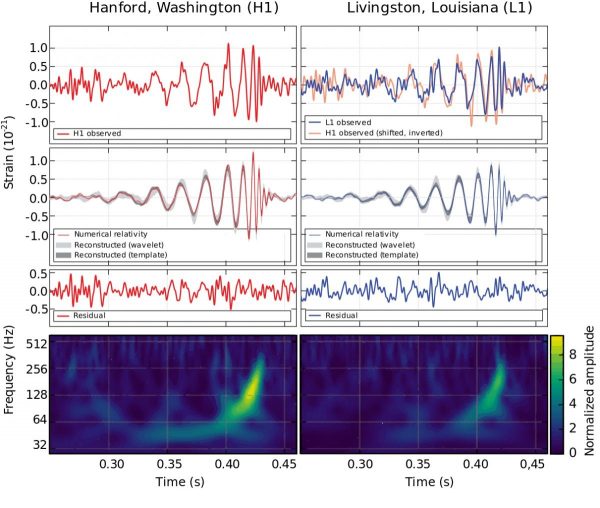 The gravitational wave signal from the first pair of detected, merging black holes from the LIGO collaboration. The raw data and the theoretical templates are incredible in how well they match up. Image credit: B. P. Abbott et al. (LIGO Scientific Collaboration and Virgo Collaboration).

In science, a theory is the most powerful thing you can invoke to help predict the future. It may not always be 100% correct, but it’s the best option humanity has ever discovered thus far.

Comparing LIGO to Hubble is not a good idea. Hubble actually showed the galaxies in question. There they were. LIGO just says, here's a chirp, therefore orbiting black holes...because of our (tortured processing) relativity math... which by the way have still not been confirmed or located by any other form of observation. One was an actual observation. The other was an extrapolation of theory to prove something still as of yet unconfirmed.
.
Hubble was a 'show me', LIGO was a 'believe me'.

when a theoretical model makes failed predictions, that doesn’t necessarily mean the theory is a failure

By your thinking, can anything ever be proven wrong?

As a whole, I think historical observation is far more useful than scientific theory at predicting the future. When cavemen didn't know what the sun was or that the Earth wasn't flat, they still knew the sun would come up in the morning. Video game players don't have to do any sort of scientific analysis to get better at playing a game. With regards to phenomena I think experience is vastly more important then explanation. When scientists are testing new theories they invariably compare them to historical observation to evaluate the robustness of their new theory. In virtually all science, theories are constructed to fit observations. It is only really the Screechy Social Sciences and Global Warming True Believers that see "scientists" operate backwards to make observations fit theory.

@Denier,
This is actually a problem in physics with superstrings. The landscape problem. It can't be falsified, whatever you want, somewhere in the landscape of 10^500 possibilities it's true...maybe...which means it has near zero predictive ability to describe our universe at all, especially if you can't find your needle (laws of our particular universe) in the practically endless haystack. Considering that it is basically like trying to get to the bottom of a Mandelbrot set, many in the physics community are getting increasingly impatient with an idea that soaks up so much funding and resources. While it is interesting to mathematicians, it does little to promote actual physics.

Whoa, Denier. A video game player has to learn new strategies to further their position in the game. The player analyses their current status, then progresses with a new strategy derived from the failure of their last attempt. Is that so very different than the scientific approach?

"Science" is what we know, for sure (or so we think). "Theoretical" science is guesswork, which will become "science" if it's successful. Philosophy is how the foundations of the theory... evolved.

Is that so very different than the scientific approach?

I think that is an overly broad use of the term. With that line of thinking you'd make 'scientific approach' synonymous with cognition. That said, @Ethan was specifically pointing to Theoretical Science which generally requires the creation of a mathematical model. That isn't necessary with the simple accumulation of experience that helps video game players advance further than before.

This is actually a problem in physics with superstrings.

That is a different issue. With that one you can't falsify it because there isn't enough computing power in the universe to model it. In @Ethan's scenario, you can model something and have it make very specific predictions. If the observed matches the predicted, that is a strong indication the model is correct. On the other hand, if the observed is different than the predicted then the model is wrong. It may be a little wrong or a lot wrong but it is wrong. That is a completely self-evident truth. @Ethan is playing word games because he recognizes that self evident truth can be used against Global Warming theory. I, for one, love to watch @Ethan don the tap shoes as he tries to dance around the obvious.