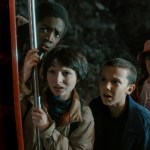 gregladen | October 4, 2017
This post is now located in the Upside Down World, WHICH IS HERE.

The Doctor on Netflix

gregladen | December 26, 2012
"Dr. who?" you might ask. And that would be funny. I am not an expert on the old Dr Who's by any means, but it has come to my attention that a lot of people are unaware of the recent addition of Dr. Who shows on Netflix, even though I did post something about this on my facebook page. Try to keep up, people. Here is the specially designed Netflix page which provides many of the important details. And here is a cool blog post I found that covers the larger issue of access to all/many of the Dr. Who episodes. So there you go.

gregladen | March 11, 2012
Do you have a Roku with which you watch Netflix? Do you watch Netflix on a Mac? If so, you are using either the Linux operating system or a closely related "*Nix" operating system. (Mac's run on a form of OS that is the same basic system as Linux*) However, if you run Linux on a regular computer, you can't watch Netflix videos, as you can with Windows or a Mac. Why? My understanding is that the the people who own and operate Netflix, bless their pointy heads, think that if they released a Linux version of Netflix, Linux "hackers" would break through the DRM protection schemes and everyone… 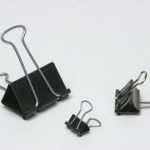 bcohen | March 2, 2009
I am an ardent critic of the unexamined claim that technology equals progress, straightforwardly, inevitably, universally. (Here are some samples: one, two, three.) So I am pleased to report new findings unearthing examples that don't fall prey to such critique: 1. Binder clips 2. Luggage with wheels 3. Netflix That is all.
Advertisment