Video of the Week: Running with Wolves

jgoldman | March 18, 2011
Via the Smithsonian Channel: Gudrun Pflueger, first seen in A Woman Among Wolves, returns to wolf country after a grueling and terrifying bout with cancer. Determined to fight for the wolves who gave her the strength to survive her illness, Pflueger battles freezing temperatures and personal setbacks to track the wolves in the wild. The data she collects in the wolves' dwindling habitat may one day help stave off extinction of this keystone species. Witness the dramatic story of survival and endurance that culminates in nothing less than a scientific miracle. Throughout the month of March…

jgoldman | March 3, 2011
The narrator laureate of the science world, David Attenborough, describes the birth of a baby grey kangaroo. Our friends at BBC Earth describe the video: In this video a kangaroo is born, crawls up to its mother's pouch where a camera captures it's development from tiny, naked, grub-like newborn into a fully grown Joey. It's amazing how the baby worm-like kangaroo is born automatically knowing how to get up into the mother's pouch. Incredible.

Video of the Week: Nature-Inspired Fashion

jgoldman | November 30, 2010
An awesome video from our friends over at BBC Earth Life Is: We caught up with Richard Sorger, a hot British fashion designer who draws inspiration directly from animals and nature. As well as designing for big name celebrities his work he has also designed for Swarovski and the Victoria & Albert Museum in London.

Video of the Week: In Which A Bonobo Gets A Man To Wear A Bunny Suit on National TV

jgoldman | November 23, 2010
In one of a series of stories on animal intelligence, Anderson Cooper went to see Kanzi, probably the most famous bonobo in the world, and primatologist Sue Savage-Rumbaugh, who has worked with Kanzi almost his entire life. Using his board of symbolic "lexigrams," Kanzi apparently indicated that Cooper should don a bunny suit. One wonders whether the producers asked Savage-Rumbaugh to selectively interpret Kanzi's intentions in that way, and how much footage wound up on the cutting room floor. In any case, its actually pretty funny.

Awesome Animal Video of the Week: Struggling to Mate

jgoldman | November 8, 2010
From the new National Geographic Great Migrations mini-series. Open comment thread: Did you watch it last night? What did you think? 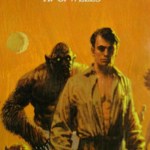 jgoldman | October 15, 2010
Non-human primate, that is. Ape actor Peter Elliott shares his knowledge of chimpanzee and gorilla vocabulary and facial expressions. via IMDb: Peter Elliott is the film industry's primary primate. He both as a performer, in films like Missing Link and The Island of Doctor Moreau, and as a choreographer of other performers, as in Gorillas in the Mist and Congo. He also teaches animal study at London's Central School of Speech and Drama.

jgoldman | October 7, 2010
I showed this video today as an intro to my 8-week "mini-course" on Canine Cognition. In it, narrator John Lithgow presents two slightly different versions of the dog domestication story. The first version is essentially the Belyaev story: young wolves would be adopted into the camps of early humans. Only those who were most tame would breed with eachother, and over many generations, the domestic dog would emerge. The second is the version in which wolves "chose" to be domesticated - they noticed a lot of tasty trash around human encampments, and if they were unafraid enough to hang around,…

What would you rather watch? A Lady Gaga spoof or Sydney Brenner?

sporte | October 3, 2010
Jonathan Eisen (@phylogenomics) shared this wonderful Lady Gaga lab spoof on Twitter the other day. It rocks. And, it makes me wonder if my pals who've been thinking about getting students interested in careers by having scientists talk on camera might be going at this the wrong way. Sure, videos of scientists talking are totally fascinating (yawn..) and... Oh right, where was I? Well, here's the thing. If you want to get kids interested in something, you have to use something that interests them. Your strategy isn't going to work unless the kids find it intriguing enough to go watch… 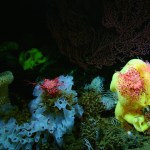 jgoldman | September 16, 2010
Figure 1: Deep sea coral. Click to awesomely embiggen! Another awesome exclusive video from our friends over at BBC Life Is. This month, the theme is corals, and the video (behind the fold, since it takes up a decent amount of bandwidth) features an interesting new attempt in Fiji to restore coral reefs. They write: Home to a quarter of the planet's marine life, wonderfully weird-looking, and of course brilliantly colourful, coral reefs are often hailed as one of the greatest of the ocean's wonders. Despite being the home to so much amazing underwater life, almost unbelievably reefs only…

jgoldman | September 6, 2010
New-born twin giant pandas made their media debut at a zoo in Japan on Friday. The twins, one male and one female, were born on August 11 to mother Rauhin and father Eimei, by artificial insemination. (video via BBC News)

Insights into the mind of a cat

jgoldman | August 15, 2010
Apparently when something interests you, the best way to figure it out is to smack it really hard, and repeatedly. If you're a cat, at least. h/t @ferrisjabr

jgoldman | August 11, 2010
"The problem is that most bears don't like to get their ears wet." That is the problem, isn't it? Another awesome video courtesy of the folks at BBC Earth "Life Is". Narrated by (who else?) David Attenborough.

jgoldman | August 4, 2010
Several weeks ago, BBC Earth contacted me to let me know about this awesome new website they were building: Life Is. The website, created by Firefly Interactive and The Brooklyn Brothers, will showcase some of the best images, videos and stories that the BBC Earth Natural History Unit has accrued in over 50 years of expeditions. From the recent Life to the ground-breaking Life on Earth, BBC Earth has been at the forefront of our desire to discover more about our planet. The site, Life Is, fully compliments this back catalogue of programming enabling the viewer to see the content as it was…

jgoldman | June 28, 2010
The science-loving band OK Go (whose newest video messes with time perception) has another hilarious video out there. Not a music video, mind you. Just a video. It appears they had a bit of a run-in with Animal, of the muppets, at the Webby Awards. Those dudes are hilarious.

jgoldman | June 23, 2010
The awesome videos just keep on coming. Check out this one from National Geographic. A juvenile chimp and her mother set out to do some fishing for termites in Congo's Goualougo Triangle, but the juvenile spots something interesting - an apparently not-so-well hidden camera - and investigates. I think it's so fascinating to see how the chimp approaches and investigates a new object. First by visually examining it, then by poking with a stick, and then by feeling it with her hand. Unfortunately, I can't embed it here, so go check it out on the Nat Geo site!

Aliens in our Midst

jgoldman | June 23, 2010
Well, sort of. Ready for the new SETI blog here at Scienceblogs? They launched today. I don't know if we have to look to the skies to find aliens. We've got some pretty strange terrestrial life around here: (via @sfriedscientist of Southern Fried Science)

jgoldman | June 22, 2010
This is just cool. No behavior, no cognition, no neuroscience. Just animal awesomeness. Amazing time-lapse video of a twelve-foot spider crab molting. Watch til the end. From Neatorama, via @kzelnio (of Deep Sea News)

awild | May 2, 2010
How did they catch this footage of an ANTi-pesticide protest? Here's a peek behind the scenes.
Advertisment