dr. dolittle | September 21, 2015
By Taken by fir0002 | flagstaffotos.com.au Canon 20D + Canon 70-200mm f/2.8 L (Own work) [GFDL 1.2 (http://www.gnu.org/licenses/old-licenses/fdl-1.2.html)], via Wikimedia Commons Researchers at the University of Vienna are studying vocalizations from giraffes. They captured recordings of the animals "humming" during the night at local zoos. Zookeepers were surprised to learn the animals made such noises as they are not heard during the day. Researcher Dr. Angela Stöger remarked to the New Scientist, "I was fascinated, because these signals have a very interesting sound and have a complex…

Treating and Preventing Herpes in Elephants

dr. dolittle | June 30, 2015
Sadly, the second herpes virus-related death occurred after this story was released at the Albuquerque BioPark. The victim was a five-year old Asian elephant named Daizy. Source: The Scientist

How animals at the zoo celebrate Halloween

dr. dolittle | October 31, 2014
Enjoy this video of how animals at the Brookfield Zoo celebrated Halloween early this year. Happy Halloween! 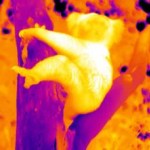 dr. dolittle | June 16, 2014
Infrared image of a koala (from S. Griffiths) New research sheds light why koalas (Phascolarctos cinereus) spend so much time hugging trees. As shown in the infrared image above, the trees stay cool on hot days. Since koalas do not sweat, hugging trees is another method to keep their cool in addition to panting and licking their fur. The research also shows that the animals who hug trees lose less water through evaporation that those that do not hug trees. I think I might need to start hugging trees this summer. Source: Briscoe NJ, Handasyde KA, Griffiths SR, Porter WP, Krockenberger A,…

The BLT is not just a sandwich

dr. dolittle | May 23, 2014
Check out the unique bond between this bear, lion and tiger (i.e. BLT) at Noah's Ark Animal Sanctuary in Locust Grove, Ga: Visit NBCNews.com for breaking news, world news, and news about the economy

dr. dolittle | March 14, 2014
This adorable baby gorilla was born through emergency c-section at the San Diego Zoo Safari Park, a procedure that is not commonly performed in animals. She weighed in at 4.6 pounds. Her mother went into labor Wednesday morning but showed no progress by evening, necessitating the c-section. The baby gorilla remains in intensive care after suffering from a collapsed lung, which she has been treated for.

dr. dolittle | December 23, 2013
This was too cute not to share. Here is a video of animals in Blank Park Zoo in Iowa performing their version of a Christmas carol.

Be sure to cast your vote!!

dr. dolittle | November 7, 2013
The panda bear cub recently born at the Smithsonian Zoo is approaching her 100th day of life. Following Chinese tradition, the zoo will be announcing her name on December 1st. In the meantime, the zoo is asking for your help in choosing her name by casting your vote using the online poll that can be found here. The finalists are: Bao Bao (宝宝): Precious, treasure. Ling Hua (玲花): Darling, delicate flower. Long Yun (龙韵): Long is the Chinese symbol of the dragon; Yun means charming. Combined this represents a sign of luck for panda cooperation between China and the United States. Mulan (木兰):… 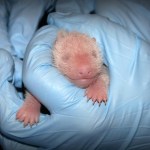 dr. dolittle | August 26, 2013
Image of panda bear cub at its first exam from the National Zoo. Exciting news from the Smithsonian National Zoological Park! Mei, a giant panda bear at the zoo has given birth to a cub weighing in at 137 grams (~4.83 ounces)-too cute!! DNA tests will determine the sex as well as the paternity of the panda cub, which is either Tian Tian from the National Zoo or Gao Gao from the San Diego Zoo. You can follow the Twitter feed from the Smithsonian here: #cubwatch  in additon to checking out the live panda cam at the zoo. 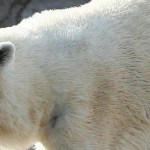 gregladen | June 20, 2012
Duluth, a second tier Minnesota city on Lake Superior, has been flooding. This is a little unusual; heavy rains following a period of saturation have caused a local river that is usually not even heard of to grow very large and cause flooding that a lot of people haven't seen before. The polar bear and the seal were able to leave their enclosures in the high water. The bear was darted and is safely put away somewhere, the seal is said to have taken a stroll around the neighborhood. But the barn animals, apparently including cattle, ovicaprids, and donkey have all perished in the flood. This… 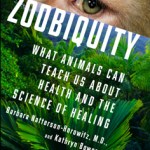 dr. dolittle | June 13, 2012
I was delighted to turn on my radio this morning and hear the interview with Dr. Barbara Natterson-Horowitz (UCLA) and journalist Kathryn Bowers about their book called "Zoobiquity: What animals can teach us about health and the science of healing" on the Diane Rehm show (NPR). This book describes many diseases that are shared between humans and certain animals. More information on shared diseases can be found on the website for the book.   You can listen to the interview here: http://thedianerehmshow.org/audio-player?nid=16187 Props to you Diane Rehm for promoting comparative physiology on…

laelaps | May 31, 2010
A young lowland gorilla (Gorilla gorilla), photographed at the Bronx Zoo.

Photo of the Day #931: Laughing kookaburra

laelaps | May 30, 2010
A laughing kookaburra (Dacelo novaeguineae), photographed at the Bronx Zoo.

laelaps | May 28, 2010
An ebony langur (Trachypithecus auratus), photographed at the Bronx Zoo.

laelaps | May 26, 2010
A huon tree kangaroo (Dendrolagus matschiei), photographed at the Bronx Zoo.

laelaps | May 24, 2010
A lowland gorilla (Gorilla gorilla), photographed at the Bronx Zoo.

Photo of the Day #924: Small-clawed otter

laelaps | May 23, 2010
A small-clawed otter (Aonyx cinerea), photographed at the Bronx Zoo.
Advertisment