“The monitoring of the atmosphere, of the surface of the Earth, of what’s going on in the ocean and under the ice — all of that is overwhelmingly funded by the federal government.” 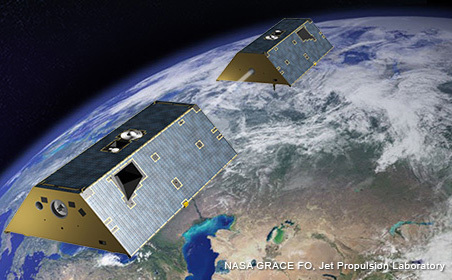 The other day a friend of mine who works in Beijing as a foreign correspondent suggested that of all the acts of stupidity committed by Donald Trump since assuming office, the thing that bothers him the least is the decision to withdraw from the Paris climate change agreement. Haven't we actually moved beyond relying on government to reduce carbon emissions? he asked. Isn't the private sector basically doing that for us?

This is a common observation. And he wasn't just speaking from the position of someone who's paid to pay attention to what China is doing. A few months ago, you could read all sorts of exhortations about the apparent, or at least impending, decoupling of carbon emissions and economic growth rates. Such predictions are practically a growth industry themselves. And it's true so far as it goes. But it doesn't go very far. Yes, wind and solar power are rapidly becoming economic options. But we haven't been able to record a significant global decoupling, and nothing like that for any meaningful length of time. Even if it does come about, we still have to worry about the climate madness that's already been baked into the system by the last 200 years of emissions.

The more troubling part of this idea is that it leads to complacency about the public sector's role in dealing with climate disruption. To do that we need data. Lots of it. And this is why we should be worried about Trump and his allies, Paris or not.

The New York Times' Jon Gertner explores what might happen if and when some of the current crop of Earth-0bservation satellites fall out of the sky and aren't replaced. His magazine piece, "What Could We Lose if a NASA Climate Mission Goes Dark?," focuses on a pair of aging satellites that are the Gravity Recovery and Climate Experiment, or GRACE. At the beginning of this month, they were falling 250 feet a day. And when they burn up, as they will within months, there goes a massive amount of important data that climate analysts — including the people who are building Climate City here in Asheville, N.C. — need to be able to tell their clients how to anticipate the ecological changes that warming the world is already bringing.

... if Grace goes dark or perishes before then, there will be a break in NASA’s continuous observation of Earth’s gravity field and water dynamics. Climate researchers will be confronted with what’s known as a “data gap,” which can leave them at a loss for drawing scientific conclusions about environmental trends.

Replacements are getting ready, but they won't be launched until sometime next year. Hence the data gap. And if the Trumpistas get their way, this sort of thing is going to become a new normal. As Gertner points out, "the recent Trump budget proposal … made the unusual request of turning off the Earth sensors on an orbiting spacecraft, Dscovr, to save $1.2 million."

This kind of data-gathering is exactly what the private sector can't do, nor should it. Elon Musk, for all his accomplishments and his desire to save the planet, isn't interested in doing science experiments. He just wants to help governments carrying out that part of the plan. For one thing, scientists are terrible at predicting how useful their data will turn out to be, and how it will be applied. Corporations are loathe to take stabs in the dark. And then there's the cost. Satellites are expensive and by their very nature, operate in a global context. Only governments — and international collaborations of governments — can afford to engage in these types of ventures. And there are other incompatibilities, as Gertner describes:

Private-sector satellite companies have in recent years been expanding the business of collecting and selling Earth observational data, but it’s very unlikely that such firms (or a group of tech philanthropists) could adequately replace NASA’s work. “These are projects that are too expensive or require a large and diverse group of collaborators that can only be assembled as an international project,” said Rush Holt, a former Democratic congressman who is now the head of the American Association for the Advancement of Science. “Or this is work that has to be sustained for a longer period of time than any board of directors from a private company would consider, because it’s not clear enough that it would produce a return on investment in anyone’s lifetime.”

Another problem that occurs to me is the potential conflict between private and public interests. What happens if a firm that gathered some very useful datasets decides, for whatever reason, not to share them with the scientific community? Some things should never be kept secret.

So the next time you hear the claim that the free market will take care of climate change, the best response might be: Yeah, it's great that business is finally getting on board. But business can't do it alone, and in fact, without the active and aggressive participation of government, we're not going to be able to handle existing climate trends, let alone what's coming down the pipeline if we don't get those same businesses to stop burning fossil fuels.