A new study has been published demonstrating, among other things, that the climate of Middle Earth has strong analogies in certain areas of Modern Earth. In particular, climate modeling indicates that The Shire is most similar to either Lincolnshire or Leicestershire in the UK or the vicinity of Dunedin in New Zealand. Mordor is most analogous to Los Angeles and western Texas or Alice Springs in Australia. 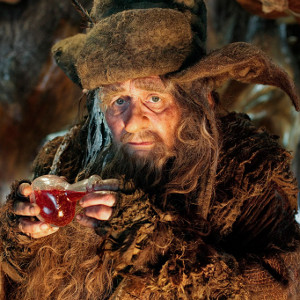 But I think the most interesting conclusion of this research is about forest cover in Middle Earth. Based on advanced climate modeling, the paper's author, Radagast the Brown (Rhosgobel, nr. Carrock, Mirkwood, Middle Earth) claims that the entire region would be covered in forests "had [they] not been altered by dragons, orcs, wizards etc."

But this research is not without controversy. Climate science skeptic Ufthak, Orc of the Tower of Cirith Ungol, claims that this research is "... nothing more than the stinking drivel of some self aggrandizing wizard, like the rest of 'em, he thinks he can be so smart but I'll show him smart when I get my hand on his spindly neck, arrrg. They thought I was dead but I'll show them who be dead, yes I will."

Ufthak claims to be writing a blog post critiquing Radagast's model. "It's a model, he says. I'll show him a model. I'll model my hands around his spindly neck, I will. Arrrg."

Within the more mainstream scientific community, however, there is general acceptance of Radagast's findings, though not perfect agreement. "This form of modeling is powerful, but nothing in this world is perfect," Gandalf the Grey told me in a Skype interview. "Keep it secret. Keep it safe." On further questioning about what that even means, Gandalf became circumspect and I could get nothing more out of him.

Smaug could not be reached for comment, but an emissary of the Elves is quoted as saying of the climate controversy, "It is not our fight."

This paper is part of a growing body of writing on the Science of Middle Earth, including recent work on the geology of the Lonely Mountain.

I blame Melkor for breeding all the horrible dragons and unleashing "Global Wyrming."

LA is like Mordor? If submitting to the Dark Lord brings all those moderate sunny days as part of the deal, I may have to reconsider my commitment to the Fellowship.

So, not related to the growing absence of pirates? hmph.

It's just a model I tell ya - just like those silly theories like evolution - just a dang guess.

To truly make this a credible report about Global Climate Change we need data from the Grey Havens, which they say they will release to us "in due time." Being staffed with immortals, it is hard to predict a timeframe on receipt of their data.

Also, there is controversy over the possible release of methane from the Dead Marshes.