An appeal to help someone out

This is a repost from here. John is a friend and a great guy and I hope you can do as he asks. Thanks.

This is a plea to save my ex from a financial death spiral. The short, short, short version is that she needs about $3500 by the end of next week or she loses both her car and her apartment.

Tessa lost her job soon after the crash in 2008 and hasn't had a permanent job since then. For a while, we tried to build a home business around soaps, lotions, and scents that she made, but that never did more than break even. She's an experienced technical writer and has been able to get short contract gigs from time to time, bur no where close to enough to live on. When we split up, we divided what equity were able to get from the house, but that didn't last very long. By last year, she was pretty much completely broke. The one bright spot was that she was enrolled in a computer programming course under a state program that came with a modest living stipend. She was doing very well in the courses and it looked things were finally bottoming out for her. Then WellsFargo seized her stipend.

Like many people in her position, she had been juggling her bills, sometimes having to choose which bills would be paid that month and which would be skipped. She closed the bank account from her business so that the card wouldn't be a temptation. And she talked to their support people and thought she had a verbal agreement to pay what she could, when she could. They didn't remember it that way. After a few late and missed payments, they called the whole amount due. A few months ago, when her quarterly living stipend was deposited, they simply drained her personal account. This is completely legal in the state of Washington. Her rent check bounced and she didn't have any money for groceries. This is why people hate banks. 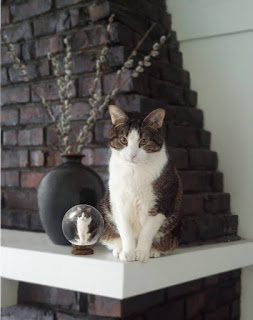 When I found out about it, I set up a GoFundMe account for her. Thanks to some very kind people, we were able to cover about half of what she lost, the rent was paid, and she was able to finish out the quarter. She graduated with flying colors flying colors and glowing recommendations. But, that means the stipends have stopped. She's had some short contract jobs and unrelated office temp jobs, but not enough to keep her from falling further behind. Her roommate doesn't make enough to cover both of their bills. Last week, her car was repossessed and her current temp job is in another town.

The world is full of these stories. There's nothing that makes hers stand out from the crowd. She's not a veteran. No one is forcing her to bake a cake. She's not a cute kid with a horrible disease. Its not tied to popular culture like a Tesla museum or new card game. I can't offer clever tee shirts or fun prizes for donations. She's just another person who made some mistakes and had far too many bad breaks. If it helps to make her story more personal, here's picture of her cat.

I restarted the GoFundMe account. There are more details of her fight with the bank there if you're interested. We've made a couple hundred dollars this week. If she already wasn't so far behind, that much each week would be enough to get her by. But now her bills are being called due again. I would completely cover her bills if I could, but I'm already homeless. At this point in her life, she should be looking forward to retirement, instead, she's staring into the void.

If you can, please donate. If you can't, please share her story. Thanks.