Some good science and thinking related books for you 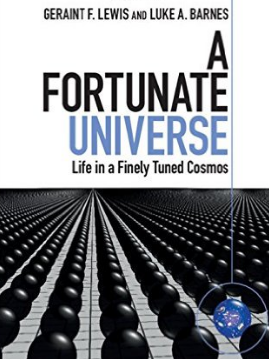 A Fortunate Universe: Life in a Finely Tuned Cosmos

This is a concept that has always fascinated me, ever since reading some stuff about the Periodic Table of Elements. Check it out:

Over the last forty years, scientists have uncovered evidence that if the Universe had been forged with even slightly different properties, life as we know it - and life as we can imagine it - would be impossible. Join us on a journey through how we understand the Universe, from its most basic particles and forces, to planets, stars and galaxies, and back through cosmic history to the birth of the cosmos. Conflicting notions about our place in the Universe are defined, defended and critiqued from scientific, philosophical and religious viewpoints. The authors' engaging and witty style addresses what fine-tuning might mean for the future of physics and the search for the ultimate laws of nature. Tackling difficult questions and providing thought-provoking answers, this volumes challenges us to consider our place in the cosmos, regardless of our initial convictions. 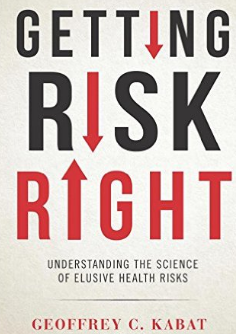 Getting Risk Right: Understanding the Science of Elusive Health Risks

Understanding risk, and misunderstanding it, became a major topic of discussion, initially in economics, about the time that I was working in a major think tank where much of this discussion was happening. Risk perception had been there as a topic for a while (the head risk-thinker where I worked had already won a Nobel on the topic) but it became a popular topic when a couple of economists figured out how to get the message out to the general public.

In my view, the modern analsyis of risk perception is deeply flawed in certain ways, but very valuable in other ways. This book is very relevant, and very current, and is the go to place to assess health related risk issues, and I think it is very good. I do not agree with everything in it, but smart people reading a smart book ... that's OK, right?

Do cell phones cause brain cancer? Does BPA threaten our health? How safe are certain dietary supplements, especially those containing exotic herbs or small amounts of toxic substances? Is the HPV vaccine safe? We depend on science and medicine as never before, yet there is widespread misinformation and confusion, amplified by the media, regarding what influences our health. In Getting Risk Right, Geoffrey C. Kabat shows how science works―and sometimes doesn't―and what separates these two very different outcomes.

Kabat seeks to help us distinguish between claims that are supported by solid science and those that are the result of poorly designed or misinterpreted studies. By exploring different examples, he explains why certain risks are worth worrying about, while others are not. He emphasizes the variable quality of research in contested areas of health risks, as well as the professional, political, and methodological factors that can distort the research process. Drawing on recent systematic critiques of biomedical research and on insights from behavioral psychology, Getting Risk Right examines factors both internal and external to the science that can influence what results get attention and how questionable results can be used to support a particular narrative concerning an alleged public health threat. In this book, Kabat provides a much-needed antidote to what has been called "an epidemic of false claims." 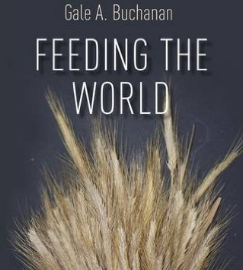 In the not too distant past, it was understood that we, the humans, were going to run out of food within a certain defined time range. This actually happened several times, this estaimte, followed by the drop-dead date coming and going, and the species continued. Kind of embarassing.

Historically, that estimate of when we would run out of food has been wrong for one, two, or all of three reasons. First, the rate of population increase can be misestimated. We now know a lot more about how that works, and still probably can't get it right, but in the past, this has been difficult to guess. Second, it hasn't always been about food production, but rather, distribution or other aspects of the food supply. Right now, the two big factors that need to be addressed in the future are probably commitment to meat and waste. Third, and this is the one factor that people usually think of first, is how much food is produced given the current agricultural technology. That third factor has changed, in the past, several times, usually increasing but sometimes decreasing, depending on the region or crop. Sadly, this is probably also the factor that will change least (in a positive direction) in the future, even given the supposed promise of GMOs, which have so far had almost no effect.

Anyway, this book is about this topic:

The astounding success of agricultural research has enabled farmers to produce increasingly more—and more kinds—of food throughout the world. But with a projected 9 billion people to feed by 2050, veteran researcher Gale Buchanan fears that human confidence in this ample supply, especially in the US, has created unrealistic expectations for the future. Without a working knowledge of what types and amounts of research produced the bounty we enjoy today, we will not be prepared to support the research necessary to face the challenges ahead, including population growth, climate change, and water and energy scarcity.

In this book, Buchanan describes the historical commitment to research and the phenomenal changes it brought to our ability to feed ourselves. He also prescribes a path for the future, pointing the way toward an adequately funded, more creative agricultural research system that involves scientists, administrators, educators, farmers, politicians, and consumers; resides in one “stand alone” agency; enjoys a consistent funding stream; and operates internationally. 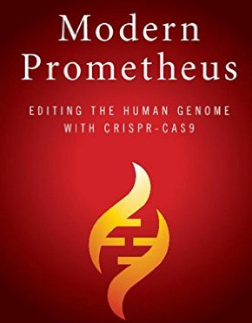 Gene editing and manipulation has come a long way. We may actually be coming to the point where methods have started to catch up with desire, and applications may start taking up more of the news cycle. We'll see. Anyway:

Would you change your genes if you could? As we confront the 'industrial revolution of the genome', the recent discoveries of Crispr-Cas9 technologies are offering, for the first time, cheap and effective methods for editing the human genome. This opens up startling new opportunities as well as significant ethical uncertainty. Tracing events across a fifty-year period, from the first gene splicing techniques to the present day, this is the story of gene editing - the science, the impact and the potential. Kozubek weaves together the fascinating stories of many of the scientists involved in the development of gene editing technology. Along the way, he demystifies how the technology really works and provides vivid and thought-provoking reflections on the continuing ethical debate. Ultimately, Kozubek places the debate in its historical and scientific context to consider both what drives scientific discovery and the implications of the 'commodification' of life.

Curse you, Greg! You keep suggesting these must-read books! I feel like the fellow in the old Bic Pen commercial who shouted "Stop writing!"

But seriously, they all sound fascinating and I will add them to my Amazon list.

Most fascinating to me is A fortunate Universe: Life in a Finely tuned Cosmos. But I must say that the notion of the universe being "finely tuned" smacks of something like creationism — or perhaps the Manifest Destiny of the 1800s, which held that North America existed for Europeans to populate and rule.

I agree. The quirky nature of stuff is really interesting. Apparently, if stuff wasn't as quirky there would be almost nothing interesting going on.

The Feeding the World book is pretty amazing too, though. The risk one is great for people who address medical skepticism all the time. Kozubek's book is a must read for life science teachers.