Electronics beware: Tawny (aka: Raspberry) crazy ants are on the rise 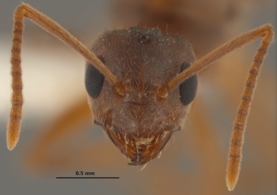 Crazy ant image by Joe A. MacGown with the Mississippi Entomological Museum

Tawny (or Raspberry) crazy ants (Nylanderia fulva) are an invasive ant species from South America that have been invading the United States. For some reason, the ants are attracted to electronics and have been responsible for the destruction of numerous electronic devices.

A new study shows that tawny crazy ants rub formic acid over their bodies as a shield against fire ant venom. This conclusion came after researchers observed the ants rubbing themselves with formic acid after a confrontation with fire ants (see image below). The substance can also be used as a weapon when sprayed on their enemies. These strategies allows them to out-compete fire ants and some suspect that crazy ants may invade fire ant nests as they are sometimes found inside their mounds. 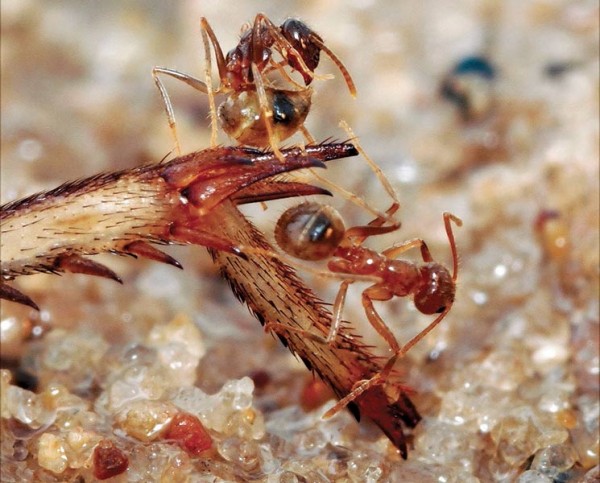 Tawny ant (top) coating itself with formic acid after an encounter with a fire ant (bottom). Image by Lawrence Gilbert, from Science AAAS.

Weirdly, they're actually called Rasberry Ants, after <a href="http://en.wikipedia.org/wiki/Tom_Rasberry"Tom Rasberry who first identified them. I see a bright future in explosion-proof electrical parts.