Second Light: Herschel and Hubble together

Just a few weeks ago, the Herschel Telescope was launched into space and successfully deployed. Herschel is larger than the Hubble Space Telescope, but instead of measuring visible light, it measures far-infrared light. 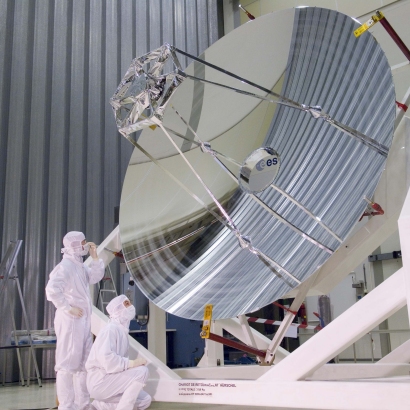 This means that, when you look at any object in the Universe, the Hubble Space Telescope sees (mostly) visible light, or light between 400 and 700 nanometers. What gives off visible light? Stars, mostly, as well as some types of heated gas and dust. On the other hand, the light that Herschel sees is much cooler, between 55,000 and 672,000 nanometers.

Longer wavelengths mean lower temperatures and lower energies. So stars are practically invisible to Herschel, while cool gas shines very brightly. The differences between what these two telescopes can see is striking. They've both imaged the Whirlpool galaxy (M51), and Hubble shows us where the stars and very hot gas is: 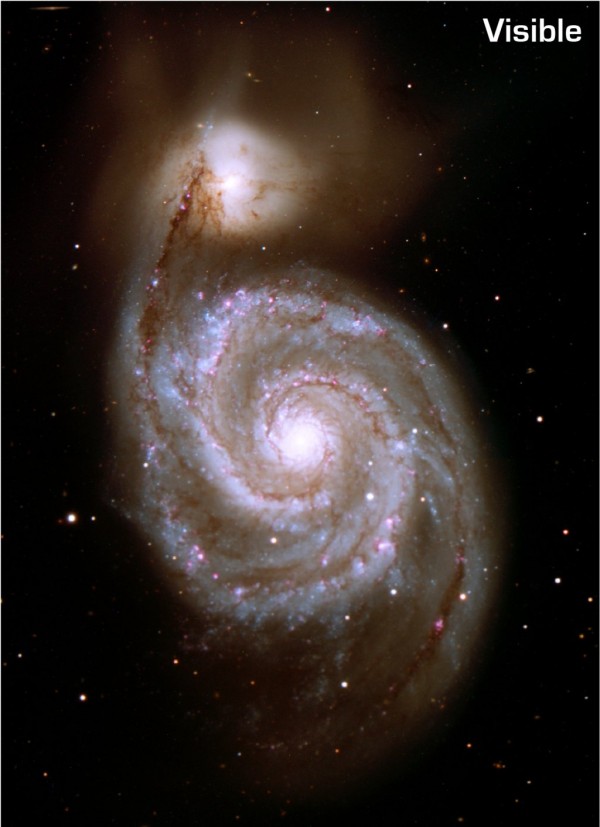 While Herschel shows us where the cooler gas is. This is important, because this cooler gas appears most frequently where stars are forming. Not just any stars, mind you, but Sun-like stars, something we're particularly interested in: 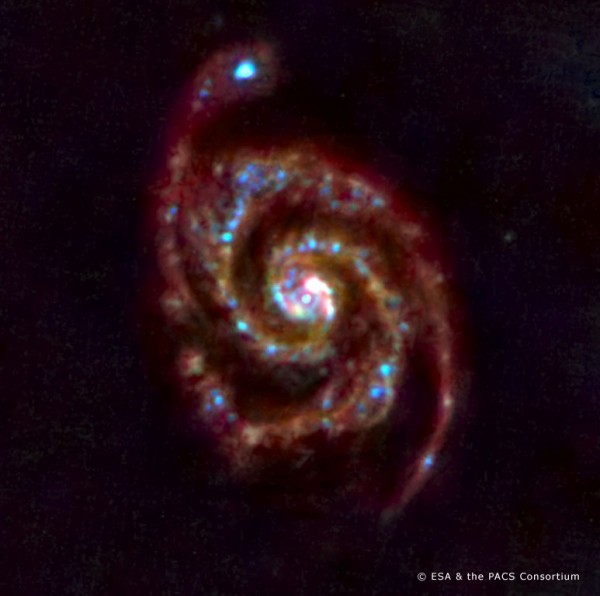 This Herschel image, above, was the first light image, or the first image the telescope ever took. Well, the science teams have had some time with it, and they've made some tremendous progress. By taking some high-resolution images from the very far infrared (like the 160,000 nanometer image, below), 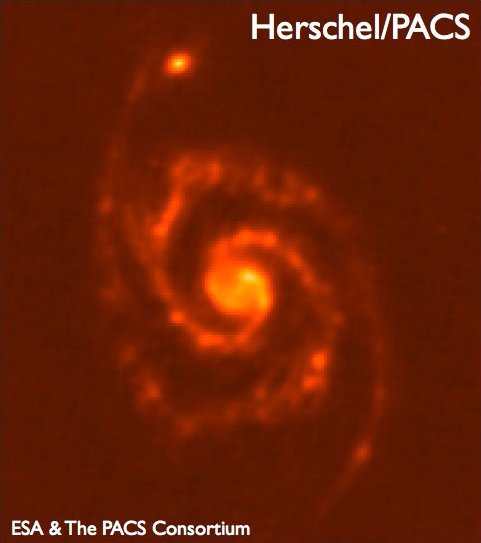 and combining it with the Hubble data, they were able to produce this composite image of M51. The image shows both visible light (in normal colors) and the cool gas and dust (in red), indicative of newly forming, lower-mass stars: 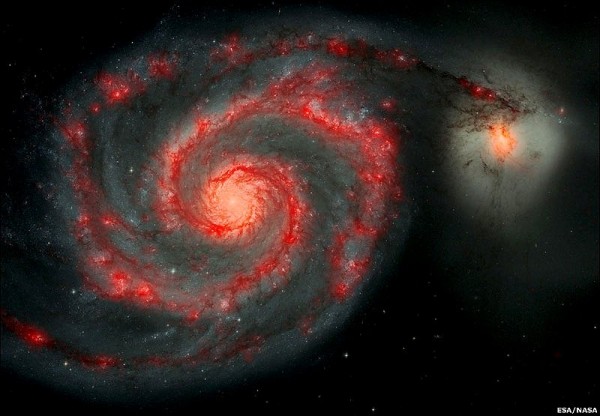 Much more so than the "first light" picture near the top, this composite image gives you a sense of what Herschel is good for, and how spectacular its offerings are.

What do we learn from this? Well, for the first time, we can see where spiral arms will create new stars, giving us a glimpse as to the future of this galaxy. Amazing. I hope you enjoy it as much as I do!

What does it say about me that I'm usually more awed by the pictures of the kit than of the universe, itself?

That is not to say that these images aren't awesome of course.

When is the 'updated' Hubble expected to make it's first picture?

It also tells us we need both telescopes, it's not an either-or choice. But we are losing the Hubble in a few years. Plus I believe its new instrument package may be oriented somewhat away from the visible now?

@3: Modern terrestial telescopes (with their adaptive optics) can outperform Hubble in visible light, but not in infrared or ultraviolet, which are blocked by the athmosphere. Therefore spaceborn instruments are mostly needed in non-visible ranges.

There's an awful lot of cold gas really close to the center of the galaxy there. very neat.

@4 IRAM is pretty damn good at looking at mm / sub mm. thats ground based. It's only really UV and X-Ray that you have to go outside of the atmosphere. Once you get much higher than X-Ray you can detect from the ground too (albeit indirectly).

Love the article, thanks for the info guys!
BUT would have been cool to get both pics from the original Hubble view plus the combined final view side to side ;)