On the 12th Day of Christmas, Hubble gave to me...

At the last dim horizon, we search among ghostly errors of observations for landmarks that are scarcely more substantial. The search will continue. The urge is older than history. It is not satisfied and it will not be oppressed. -Edwin Hubble

Hubble didn't need a thousand words to describe how beautiful and wondrous the Universe is, and the Hubble Space Telescope can -- perhaps -- say even more in just a simple picture.

Well, the Boston Globe, starting today, has a full 25-day advent calendar of Hubble pictures, which it reveals one of per day. Today's? (And click to enlarge.) 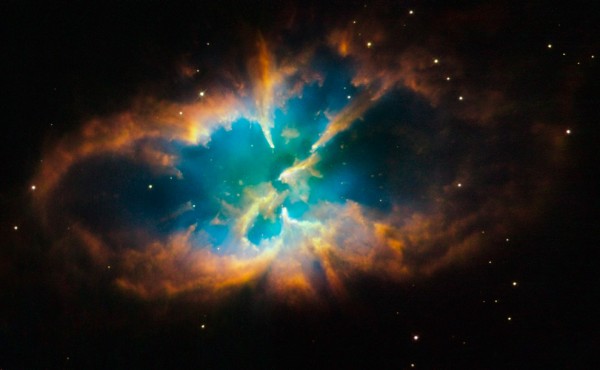 Planetary nebula NGC 2818. The remnant of this dead star -- once slightly more massive than our own Sun -- should have a white dwarf at the center (maybe you can see it if you look hard). The spectacular shell is made up of the outer layers of the star that were blown off by the tremendous pressures that occurred during the star's collapse.

But if you're anything like me, you're impatient, and don't want to wait 25 days to get all of your pictures in. No problem: check out last year's top 25 Hubble shots, which includes this little-known gem: the open star cluster NGC 6791. Just for perspective, here's the ground-based (pre-Hubble) image. 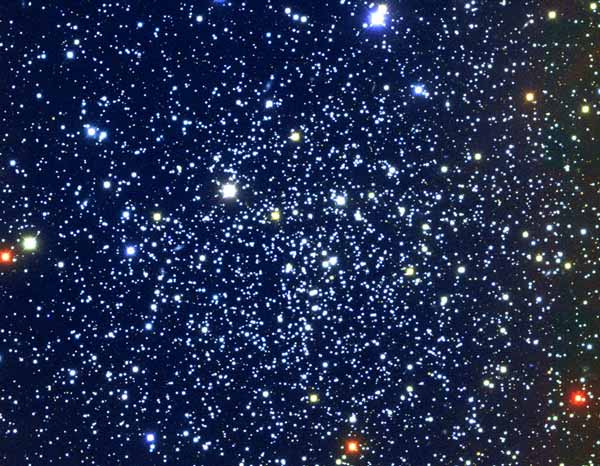 With Hubble, you get to go in for a closer look... 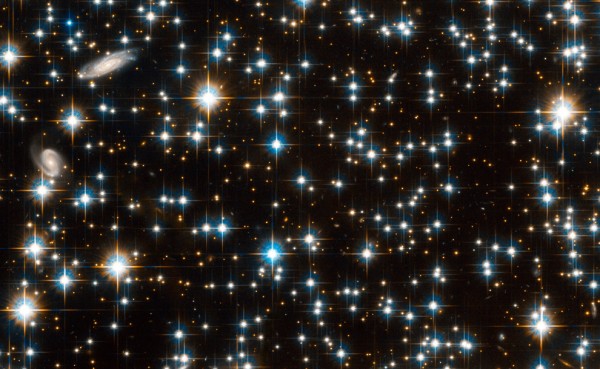 And if you think it's just stars, don't forget that with Hubble, we can see behind the star cluster as well. There are nearby galaxies here, 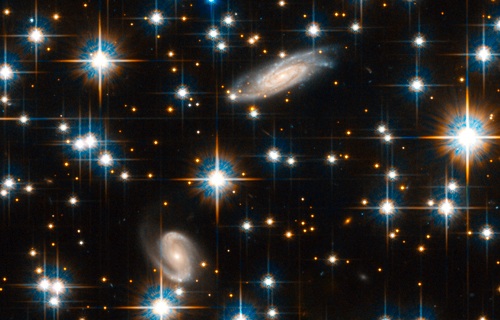 as well as super-distant galaxies! (Anything in the lower image that looks like a smudge, a line, or anything other than a point-like star actually is a galaxy!) Hubble reveals them all.

And that's why Hubble is the seasonal gift that keeps on giving! So keep up with the advent calendar, and let me know if you want an explanation of any of the images they post!

That nebula is better than any brooding sky Turner ever painted.

Amazing! I am a college sophomore with a dual major in Physics and Mathematics @ University of California, Santa Barbara. By the way, i came across these excellent physics flashcards. Its also a great initiative by the FunnelBrain team. Amazing!!!

Hubble is so awesome!

Likewise, it should not matter how God created life, whether it was through a miraculous spoken word or through the natural forces of the universe that He created. The grandeur of God's works commands awe regardless of what processes He used.

"He" cleverly used natural processes following simple laws which make it completely unneccessary for him, or spacekittens, to be part of the explanation.