A Brief History of Time... in the New World!

However time may be measured at the Naval Observatory, the clock seems to tick slowly here when Congress is out of town. -Richard Corrigan

The following is the mostly true (but somewhat fictionalized) story of the first clocks in the Americas. In the 17th Century, the finest clockmakers in the world were Dutch, going back to the time of Christiaan Huygens.

Image: A Dutch Longcase clock, courtesy of The Museum of the Dutch Clock.

but clockmakers in both the Netherlands and England were regularly constructing clocks that were accurate to within a few seconds each day! (A phenomenal achievement for a pendulum clock by any standards.)

Well, the New World (North and South America) was beginning to be colonized in earnest, and it would be more than 100 years before an American would build their first clock. So what would someone do if they wanted to keep time more accurately than a sundial could? 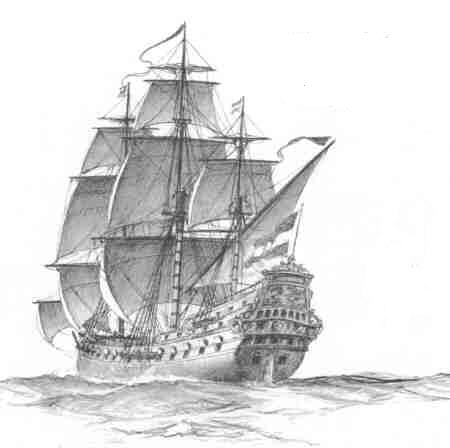 You take one of these great, Dutch-built clocks, and you put it on a ship bound for the Americas, of course! So they did, and the clock arrived. And, of course, life was grand. 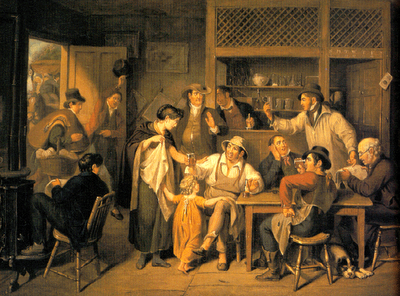 At least, it was, for about a week. It was only about a week before people noticed that the Sun and Moon weren't rising and setting at the times they were supposed to! Apparently, the clock was running at the wrong speed, and was running slow by somewhere around a minute per day. This brilliant clock, which was accurate to within two seconds a day in Holland, must have broken somehow during the journey.

So what were the colonists to do? There was no clockmaker (or clock repairman) in the new world, and this clock was handmade and very valuable. They had no choice; the clock needed to be shipped back to Europe for repair. 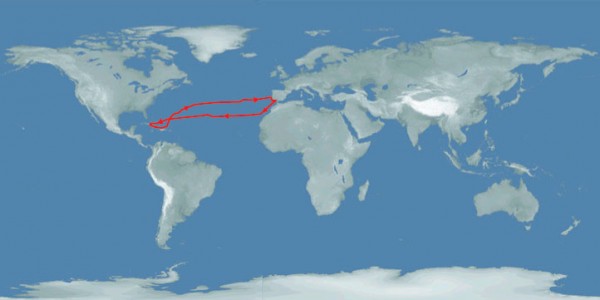 So they ship the clock back to Europe, and they go to take the clock into the clockmaker, and it does the exact thing that your car does when you take it to the mechanic because it's making a noise. It starts behaving like it's perfectly fine. The clockmaker winds up the clock, and it immediately starts working properly, and keeps time to within two seconds per day!

Why? Take another look at Huygens' equation for the period of a pendulum clock.

See that "g" in the equation? That's the acceleration due to gravity at the surface of the Earth. Those of you who've taken a physics course at some point probably learned that g is 9.81 meters per second squared.

Guess what? The value of g changes depending on your latitude and elevation! At the North Pole, g is about 9.83, while at the equator, g is smaller, at only 9.79. Most of the colonized land in the new world was well South of (and far closer to the equator than) the Netherlands, and so g changed for the clock, decreasing by about 0.01 meters per second squared. This tiny difference, added up over the course of a day, causes you to lose about 45 seconds each day. But if you bring the clock back to its original location, g goes back to its original value, and the clock went back to its near-perfect calibration point!

And this is still true today, because the physics is exactly the same! If you change your latitude, your pendulum clock will need to be adjusted because of changes in gravity! 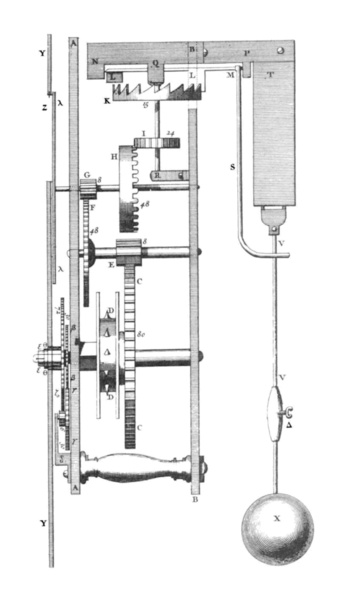 So go ahead and take your standardized time for granted, but remember that it wasn't always as easy as it is today!

I wonder, does this affect the crystal oscillator or the LC resonators used as a time basis in the electronics of the day? I doubt it but you just never know if there might be some infinitesimal difference.

And so they invented time zones?

I feel so stupid...I got halfway through this before I even realized what you were explaining.

No, time zones are entirely different. Time zones are to do with longitude, not latitude. If they had brought the clock due west to a point in the Americas at the same latitude as the Netherlands, it would have kept time just as well but day and night would be shifted several hours backward. If they had brought the clock due south to a point in Africa near the equator at the same longitude as the Netherlands, they would be in the same time zone (though day and night would still be different, as they become more equal in length nearer the equator, but noon and midnight would occur at the same times), but the clock would start losing time each day.

Thus the need for an elastic pendulum suspension and a massive short swing pendulum. Given smaller gee, the pendulum shortens. Reduction to practice is left as an exercise for the alert reader given non-linearities between Hook's law and the pendulum equation.

OK, but why is g different at different latitudes? Is it because the earth is slightly oblate? Some sort of gyroscopic phenomenon?

g depend on the mass1 x mass2 over radius square.
Earth is not a perfect sphere therefore there would be a slight difference of radius.

The latitude dependence is a combination of non-sphericity and centrifugal force, as you suggest. See Wikipedia.

they become more equal in length nearer the equator, but noon and midnight would occur at the same times), but the clock would start losing time each day.

And even now, with atomic clocks (say, on GPS satellites), they have to account for distortions due to general relativity. Darn gravity!!

Oops Morgan looks like you got latitude and longitude mixed up.

Timezones change with the latitude. Gravity is affected more by longitude than latitude (depends on the amount of mountains and other kinds of mass in the area).

Thank you very much! I'm definitely in the camp of "global warming skeptic--not denier, just cautious doubter--who's slowly coming around," and this helps quite a bit.www.itunes.com/download