How long does a Solar Eclipse last?

"The moon shuts off the beams of the sun as it passes across it, and darkens so much of the earth as the breadth of the blue-eyed moon amounts to." -Empedocles, ~450 B.C.

Less than two weeks ago, I saw my first annular eclipse, with some spectacular results at the moment of maximum eclipse.

From my first eclipse expedition, to False Klamath Cove, on the coast in northern California.

This happens, of course, because -- from our point of view -- the Moon appears to pass in front of the Sun, blocking a fraction of the light coming from it. 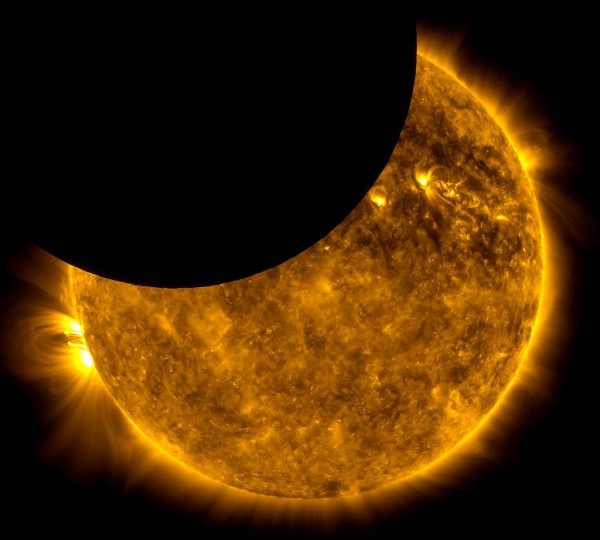 And, if you think about it just a little bit, you should be able to guess how long a Solar Eclipse lasts, from when the Moon first begins passing in front of the Sun until its journey across it is complete.

How's that?  Well, you know that the Moon orbits the Earth about once a month; that's where we get the word month from!  (And Monday, too, for those of you wondering.)  As the Earth both spins on its axis and orbits the Sun, too, it takes about one month for the Moon to undergo a complete cycle -- from new Moon to new Moon -- from our point of view. 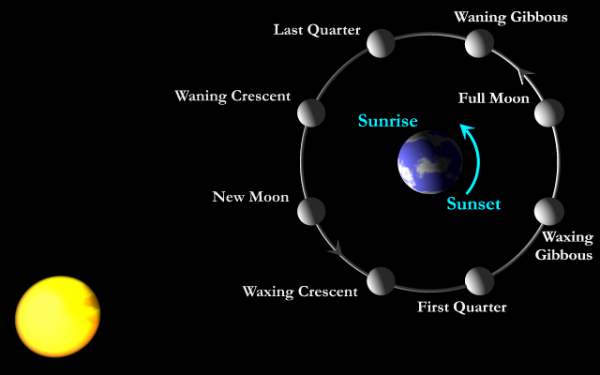 Let's round that off to 30 days, just to make things easy for ourselves.  Over those 30 days, to make (approximately) one revolution around the Earth, the Moon moves about 360 degrees through the sky, or 12 degrees a day.  Since we've got 24 hours in a day, that means the Moon moves through the sky, relative to the other objects (i.e., not bothering to deal with the Earth's rotation), about half-a-degree per hour.

So, how big do the Moon and the Sun, as viewed from Earth, appear on the sky? 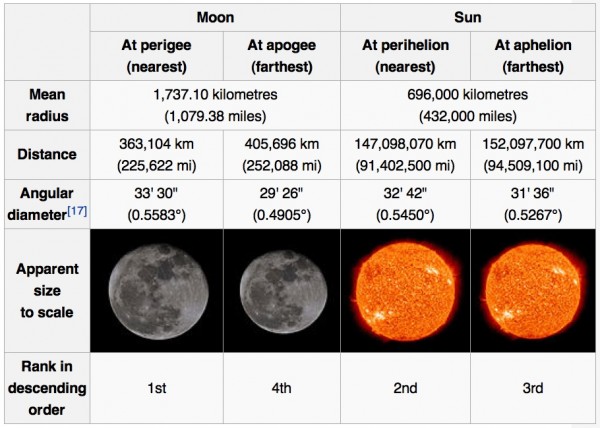 This is a simple, straightforward, and easily understood argument, and was first put forth to me by this excellent physicist.  (Thanks, Marty.)  But there's a problem here; I just saw a solar eclipse, and it didn't quite last as long as that: more like just an hour and 40 minutes!  Other eclipses, on the other hand, can last well over two hours!

So what gives?  The thing is, we didn't do anything wrong when we made the estimate, above. There's just a little bit more to the story.  To help us out, let's take a look at the annular eclipse as photographed from space! 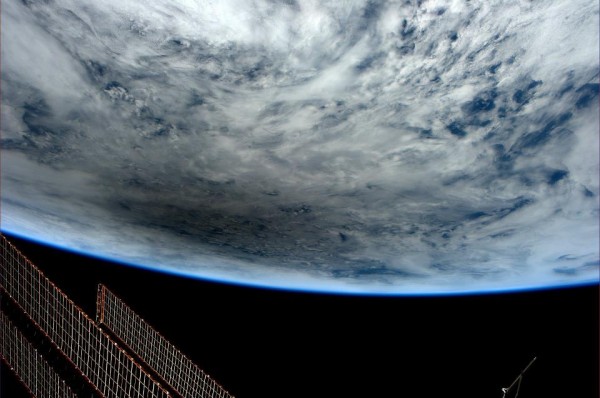 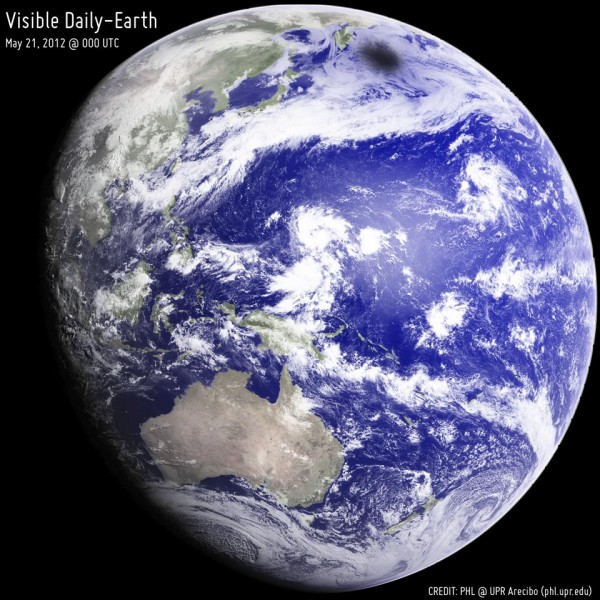 What they saw, from space, is this dark spot -- it isn't quite a shadow, just a place where significantly less sunlight hits the Earth -- moves across the face of the Earth at about 2,000 kilometers-per-hour.  And since we know it takes about an hour for the Moon to move half-a-degree across the Sun's disk, that means 4,000 kilometers is the distance the dark spot needs to move for you to see the Moon go from one edge of the Sun to the other.  (Just under, technically.)

But something else is happening, simultaneously, as the shadow of the Moon passes across the face of the Earth.

The Earth is rotating!  If the eclipse occurred at the North Pole of the Earth, it would, in fact, take about that minimum amount of time for the Moon to move across the face of the Sun.  But if the eclipse were on the equator, all other things (like angular size of the Sun and Moon) being equal, it would appear to take  significantly longer -- up to a half-hour longer -- because the spinning Earth, from your point of view, appears to push you in the same direction that the Moon's shadow moves across the Earth!  Don't believe me?  Check out Don Pettit's video of this, from the ISS!

Other corrections to the time include, of course, the angular size of the Sun and the Moon, which can make a substantial difference from perihelion to aphelion. But if you want your best bet for a long solar eclipse?  Take the one closest to the equator, with an eclipse occurring at mid-day. A most impressive prediction, to be sure, but it really emphasizes that you need to take into account both the Moon's motion relative to the Sun and the Earth's rotation, if you want to predict the duration of the eclipse truly accurately.  Hope you'll remember this for all your solar eclipses!

If the Moon moves one solar diameter per hour, wouldn't an eclipse take TWO hours? One hour for the Moon to completely cover the Sun (for the leading edge to move from one side of the Sun to the other) and then another hour to uncover it (for the trailing edge)?

At first I enjoyed your elegant explanation, but now it's bugging me ;)

You know, I was just on a walk, and was thinking about this, and now I think you're right.

It's going to bug me, too, while I try and puzzle it out. The rotation is definitely a factor, but the fact that the Moon needs to move a whole degree through the sky has got to matter, too. Grr...

Alright, I think I've ironed out the details. Strikethrough where the mistakes were, corrections after-the-fact. No one's perfect, and let this be a lesson to all of us that I will occasionally screw up, and when I do, you should definitely call me on it.

I will fess up to it and fix it!

Of course, I always love videos of the Earth from the ISS, but it's really hard to tell anything about the rotation of the Earth because the major movement is due to the ISS. So if what we were supposed to look at was the shadow moving in the same direction as the clouds etc; that's actually just the camera platform moving.

Ethan, at first I was surprized to see someone with your background write something so simply wrong. But then, it didn't take me long to start admiring you for admitting and correcting the mistake so openly. As you so often stated, this is one of the main principles in science. Enyone can make a mistake, but a true scientist is one being ready to accept the fact about being mistaken and correcting his/hew views accordingly! My compliments - keep writing!

And now Asians, who can see the complete Venus transit this coming week, can calculate the distance from the Earth to the Sun :-)