"Get your facts first, then you can distort them as you please." -Mark Twain

I am unimpressed with speculations that have no basis in fact, but if you can show how your claims are factually grounded and arrived at, they're certainly worth a listen to. And if your facts, logic and extrapolations are sound, you might even, as Sarah Jarosz sings,

Of course, if they're a little suspect instead, you can either lead people astray, or alternatively, create some of the best humor and satire ever created.

This weekend, I proudly introduce to you a series of nature videos by YouTube user zefrank1: True Facts About (various animals). 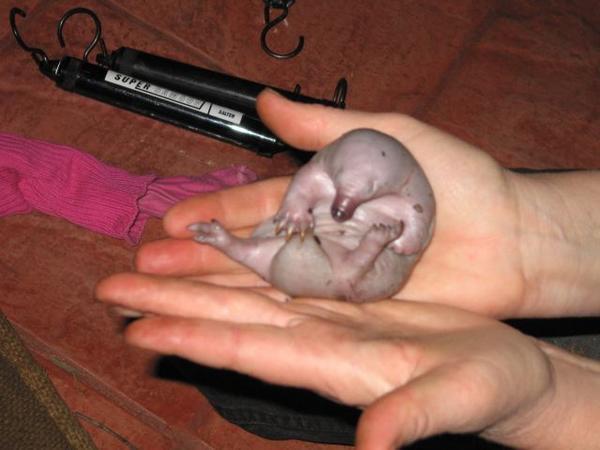 There are many animals that most of us know so little about, including the baby Echidna, above. So when I found out that there was a video called True Facts About Baby Echidnas, I had to check it out. Little did I know, this would be one of the most amazing nature videos I've ever watched. (Caution, the videos below start with ads!)

And there I am, laughing at mother nature, and yet I've totally come away having mastered this fact:

The larvae of an echidna is sometimes confused for a gummi bear. A blood-flavored, crunchy gummi bear.

But this is just the start of what's fast becoming a series. There are other videos highlighting other animals that are equally, wonderfully informative. Like the angler fish.

If you got past the flounder/angler fish encounter, you managed to learn about one of my favorite varieties, the deep-sea angler fish.

The deep-sea angler fish collects glowy-glowy bacteria in its wavy thing to create a tiny little light. Because it's dark as hell down there, and someone needs to light up that pretty, pretty lady.

Then, to kick off the new year, was my favorite of all his videos so far, True Facts About Sloths.

And that was followed up by True Facts About The Seahorse.

The seahorse truly is remarkable for its mating and reproductive strategies, but I loved the True/False section at the end.

If you said "false" to any of those, you're a cynical bastard when it comes to love, because the seahorse does all three.

That's right it does! And finally, there are True Facts About The Tarsier.

Lots of good facts in here, of course, but my favorite moment has to be this:

Each one of its eyes is heavier than its brain, which might explain why it hasn't invented anything.

There's a brand new one up about the Leaf Katydid, but it's not quite as good as these five. Still, I'm optimistic that the "True Facts" series will continue to combine humor and science along with ridiculous pictures and videos of funny-looking and behaving creatures. What a fun find to enjoy this weekend, and I hope you enjoyed the budding series as much as I did!

I can't believe I got into science and didn't know this great series of snark. Now its really, really worth it.

These were some of the funniest yet most informational videos i have ever seen. I could not stop laughing at all of them. I have never heard of the echidna or the tarsier or how strangely awesome they both are. I look forward to zefrank1's (http://www.youtube.com/user/zefrank1?feature=watch) videos in the future and to learn about other weird creatures.

Ze Frank is kind of a big deal on the internet: