"When it comes to atoms, language can be used only as in poetry. The poet, too, is not nearly so concerned with describing facts as with creating images." -Niels Bohr

Although I may write to you exclusively in English, I am fully aware that around half of my readership comes from outside the United States, and that English is the first language of only about 40% of you. Like most Americans, I learned Spanish as my second language when I was in school, and then studied a few other in college, formally, and tried to pick up the language of any country I traveled to. But I am by no means fluent in any language other than my native one, although I'd like to be. 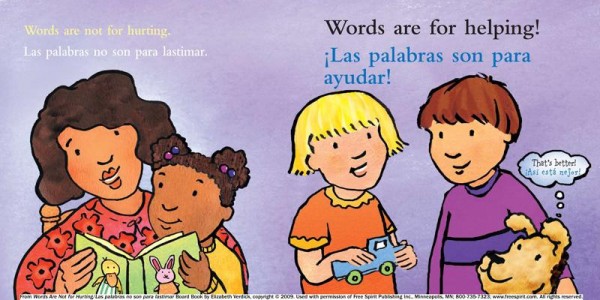 But just as the story of the Universe -- the one that I tell to you in bits and pieces -- is just as true in any other language as it is in mine, so are all the stories of humankind. See if you don't feel that for yourself, listening to Manu Chao's song of loneliness,

But it's often language that isolates us, when it's completely unnecessary. And it is unnecessary; one of the great finds, that I'm excited to share with you this weekend, is the language learning site, Duolingo. 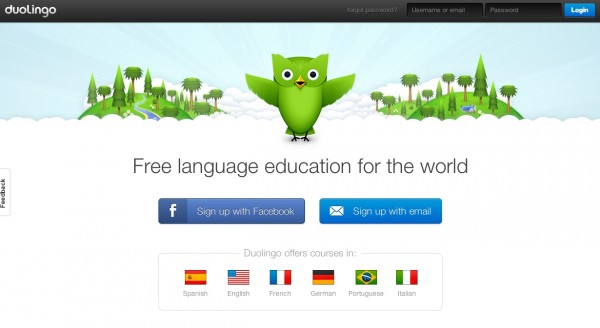 Just create an account and select your native language, and Duolingo has modules for French, German, Italian, Portuguese (in Beta), Spanish and English. And depending on how much you already know, you can work through each lesson one step at a time, or test out of any module you feel you've already mastered. 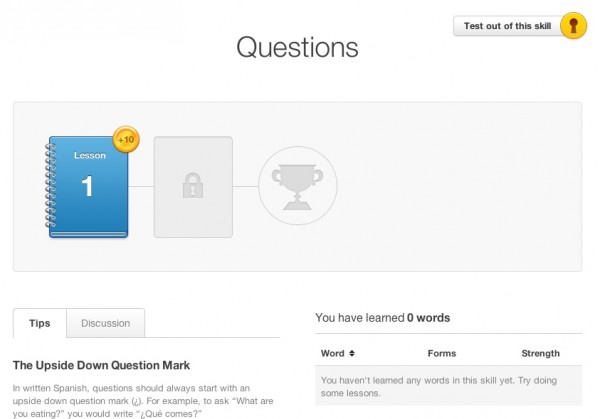 They have native-to-foreign translations, foreign-to-native translations, and a write-what-you-hear section that are all very good. (There's also an optional speaking section, but frankly their voice-recognition software needs some work. To ignore it, tell Duolingo that your microphone is off.) 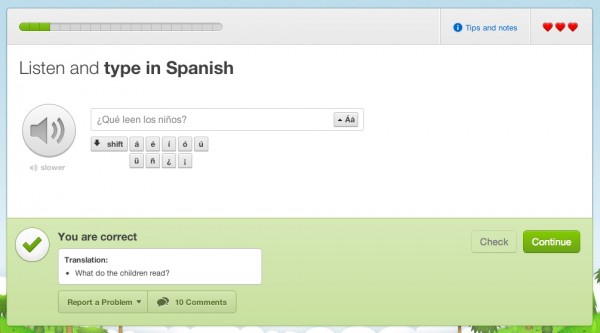 I've been impressed by the accuracy of this program, as well as the subtleties that it's managed to incorporate, from accent marks to recognizing typos to the (often) helpful comments left by other users. 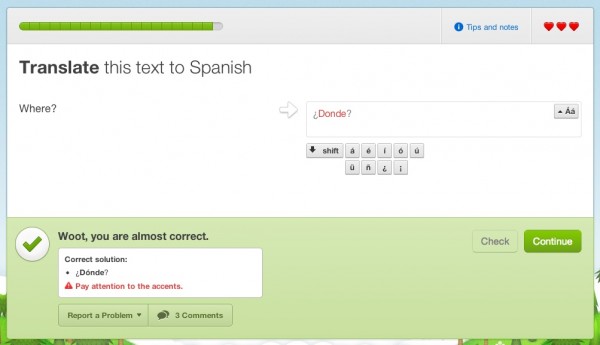 Once you complete a lesson, you can always go back and practice that section again, or review the words that were highlighted there. 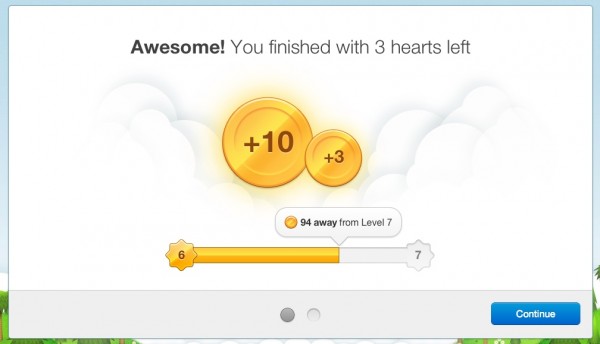 I wish that there was a piece of software this comprehensive and sophisticated back when I was attempting to learn Spanish back in the 1990s, but I ought to be thankful that it exists now, is accessible from anywhere, and is free. 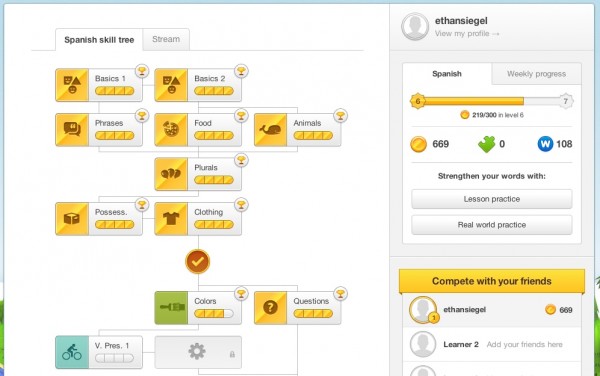 With lessons on topics that highlight all of my weak points in a foreign language, including vocabulary and advanced grammar, I have every confidence that my Spanish will quickly get back to where it was at its peak, and hopefully even exceed that modest point if I can stick with it. 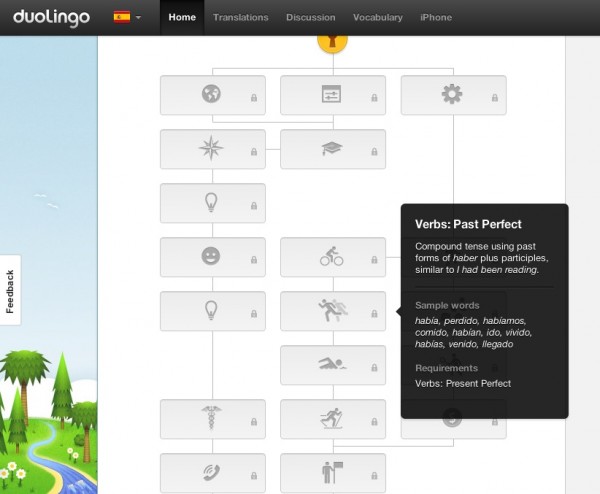 If any of you have any designs on picking up or strengthening a second language, I highly recommend Duolingo, and hope you like it as much as I do!

There is something similar for math and science as well: https://www.khanacademy.org/ . I derped around on that webßpage for a while and it seems pretty solid. Its in engligh only though :(

Here is a TED-talk of the initiator of the khan academy. It gives a pretty good first impression.
https://www.youtube.com/watch?feature=player_embedded&v=gM95HHI4gLk

I've been learning German on Duolingo for a few months and I agree it excellent system, especially being free. There is another very cool thing about the site you didn't mention. As you progress through the courses you begin translating real Web content. The idea is that eventually the people learning the language are crowd-source translating the internet at the same time.

Thank you SO MUCH for this link. I've been learning German on-and-off (formally and informally) for years now, and I think this will really help me become more dedicated. So far, I've been very impressed. Yes, the voice recognition isn't so great for telling you if you're wrong, but it's nice to play it back, for practice, and hear what I actually sound like (spoiler alert: not very good).