“The line that describes the beautiful is elliptical. It has simplicity and constant change. It cannot be described by a compass, and it changes direction at every one of its points.” -Rudolf Arnheim

It's not every day that a nearby, well-studied galaxy turns your understanding of an entire class of common objects -- in this case, elliptical galaxies -- on its head. But Messier 105 is not your typical elliptical galaxy! 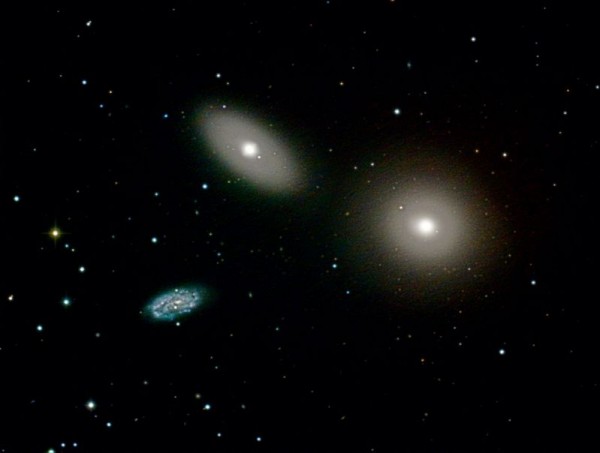 Image credit: Rick Beno of Conferring With The Sky Observatory, via http://www.conferringwiththesky.org/displayimage.php?pid=500.

At 32 million light-years distant, it's one of the closest giant ellipticals to us. Although it's by no means isolated, it's in a galactic group only a few times as massive as our own. And yet, when we look inside, instead of a "dead and red" galaxy where all the stars are old and burning out, we find a plethora of new ones, including newly formed star clusters! 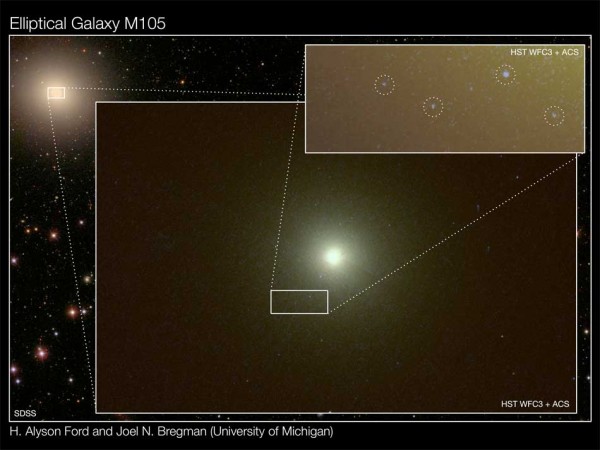 Go and read the whole story of this remarkable object.

Again a fabulous Blog. Thank you Ethan.
For me the question arises: "With all this new discoveries, continuous formation of new observable matter, does the relation between dark- and observable matter change?"